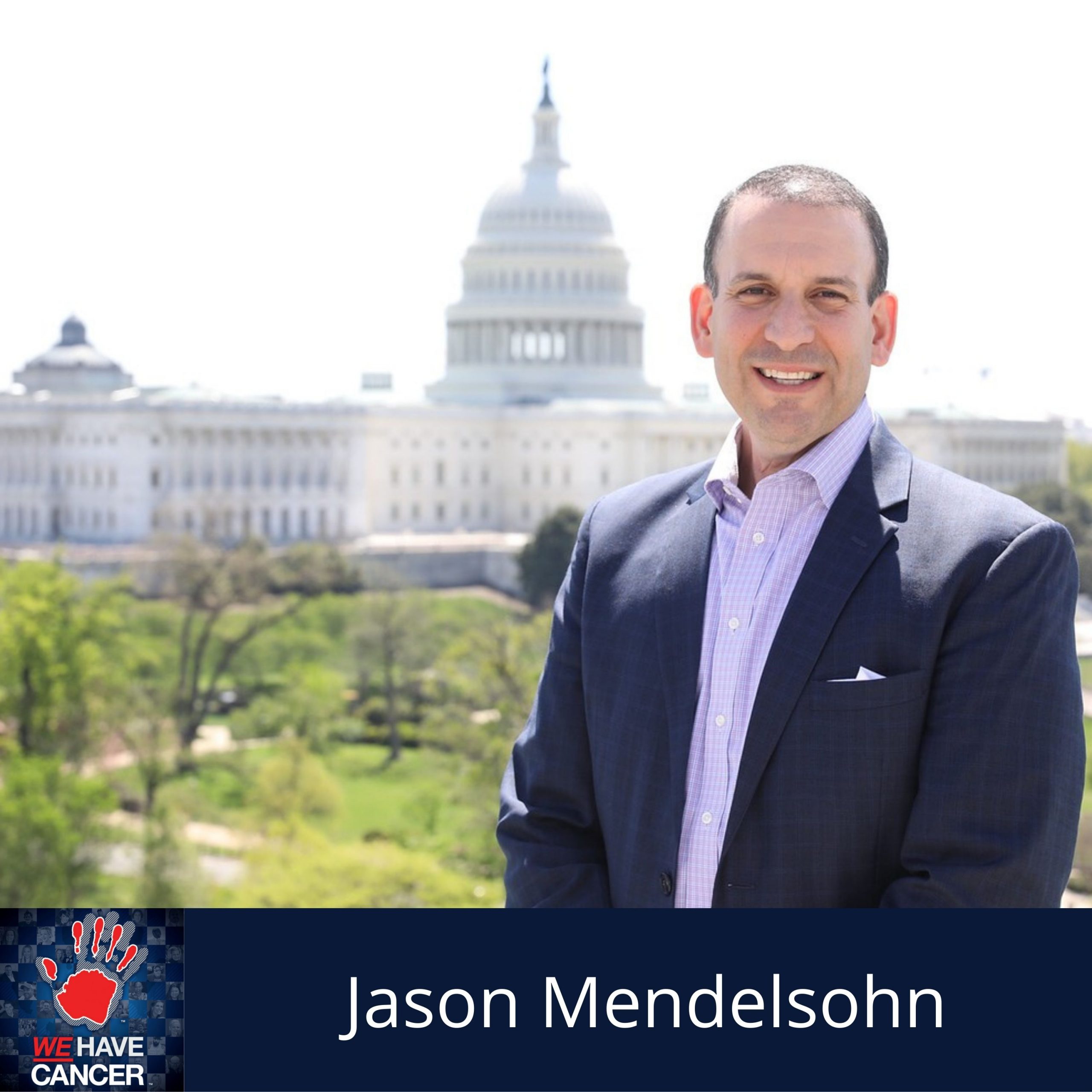 On this week’s episode of WE Have Cancer, Lee sits down with Jason Mendelsohn, a Stage-4 tonsil cancer survivor and HPV advocate. Jason shares his story about being diagnosed with HPV-related cancer and his journey to becoming a well-known advocate for the HPV vaccine and awareness of HPV in men.

The pair talk about the stigma surrounding the disease and how Jason has coped in the aftermath. Jason also discusses his motivation for being such an advocate and what he’s looking to do next.

Jason Mendelsohn was diagnosed with Stage 4 tonsil cancer at 44-years-old. Now recovered, he’s on a mission to bring awareness of HPV cancer, the HPV vaccine to the world while especially trying to break the stigma of HPV in men.

Those that are currently or have gone through cancer and treatment are often called heroes. With a brand revolving around Superman, Lee asks Jason what he thinks about the term hero.

With people often asking why he has no discomfort or embarrassment talking about HPV in men, Jason takes a minute to share some of the real numbers behind the disease.

HPV is most often contracted by sexual transmission. As Jason notes, most men won’t ever know they had it while some men end up getting cancer decades later from it.

After finding a small lump on his neck, Jason went to the doctor thinking it was nothing serious. But a few days later, Jason was diagnosed with Stage 4 tonsil cancer.

Jason believes he’s had a small part in raising the general consciousness about the disease through sharing his story in interviews. He believes that he’s simply doing his part to help others that might not know about it and could be saved by the vaccine.

Cancer often comes with a stigma and a sense of embarrassment, especially something like HPV-related cancer due to the sexual aspect of the disease. Jason shares a story and talks about how his story helps people realize how common it is and that there’s nothing to be embarrassed by.

While he was already a fairly emotional person with a big heart, his journey has helped Jason appreciate the little things more. He also tells a story of recording messages for his children after being diagnosed and wanting to create more memories for them.

Jason and Lee talk about how music can be like meditation.

Jason is already spending his time lobbying on Capitol Hill and putting his energy and resources into the Head and Neck Cancer Alliance. He’d also like to do a TED Talk to help eliminate the stigma surrounding HPV in men.