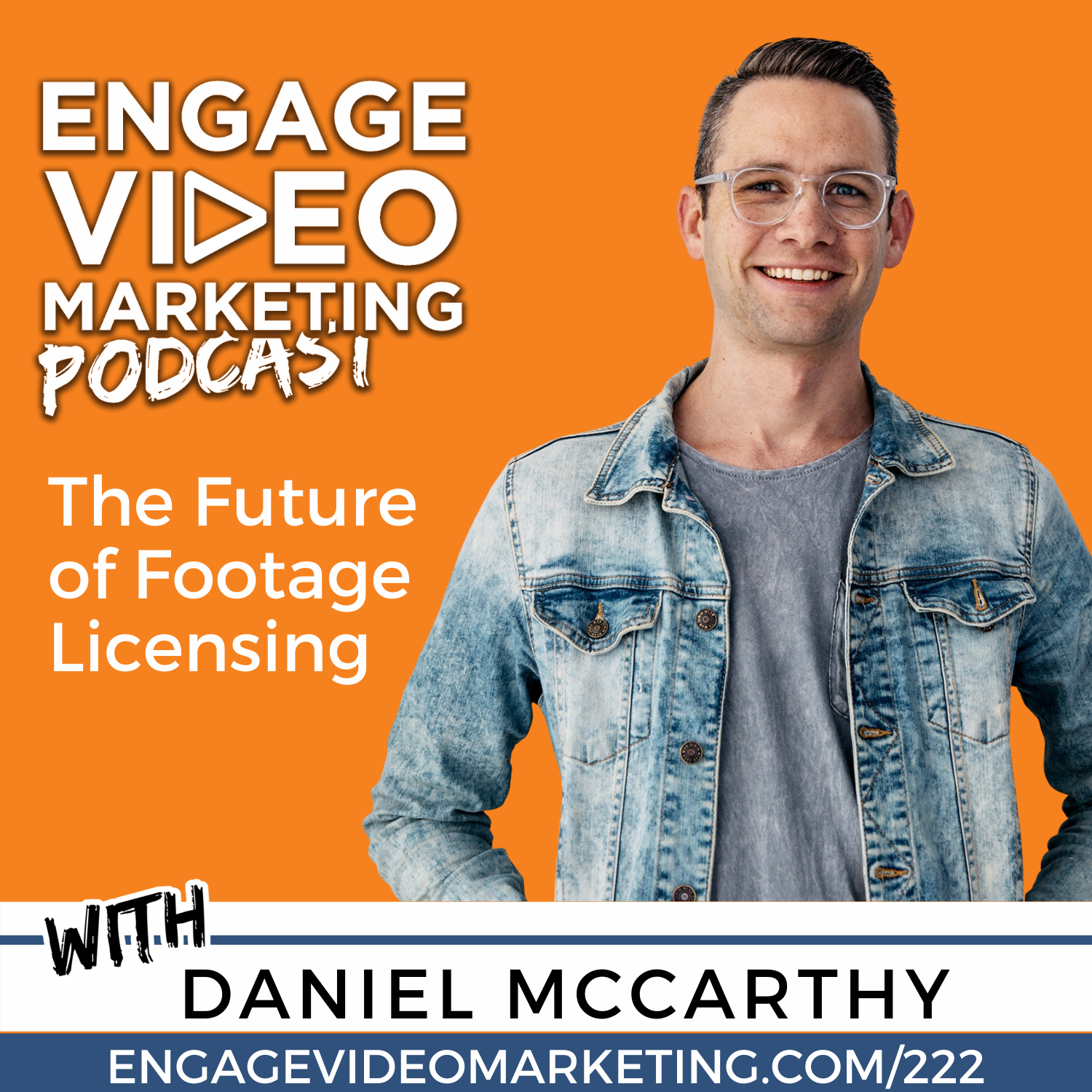 Stock video, how do you feel about it? For many creatives thoughts quickly jump to generic, smiling, corporate boardrooms with just the right pinch of racial and gender equity or sunlight filled family rooms, with children perfectly dressed in pastel colours unwrapping an adorably cute puppy on an indistinguishable birthday.

You know the type and there is a certain stigma associated with stock video I’m sure you’ll agree.  But in 2021 and beyond, how is the stock or footage licensing industry changing? And what does that mean for video creatives like us? Well my friend that’s what we’re exploring today in episode 222.

Daniel McCarthy is the co-founder and CEO of FM, the parent company behind licensing companies Filmsupply and Musicbed. After serving as an advertising creative director, he launched his own production-focused agency.

Leading his team’s day-to-day work, Daniel grew frustrated with the process of finding and clearing great music and footage. The problem: High-quality songs and clips were often tangled in red tape while the most readily available assets were subpar. He believes creatives shouldn’t have to choose between these two underwhelming options.

Daniel co-founded FM with the goal of representing the world’s best music and footage in order to empower creatives shaping culture through their work in television, film, and advertising. Today, Filmsupply and Musicbed collaborate with top agencies, brands, production houses, and studios around the globe to help bring their visions to life.

Both Daniel and FM alike place high value on art, creativity, and people.