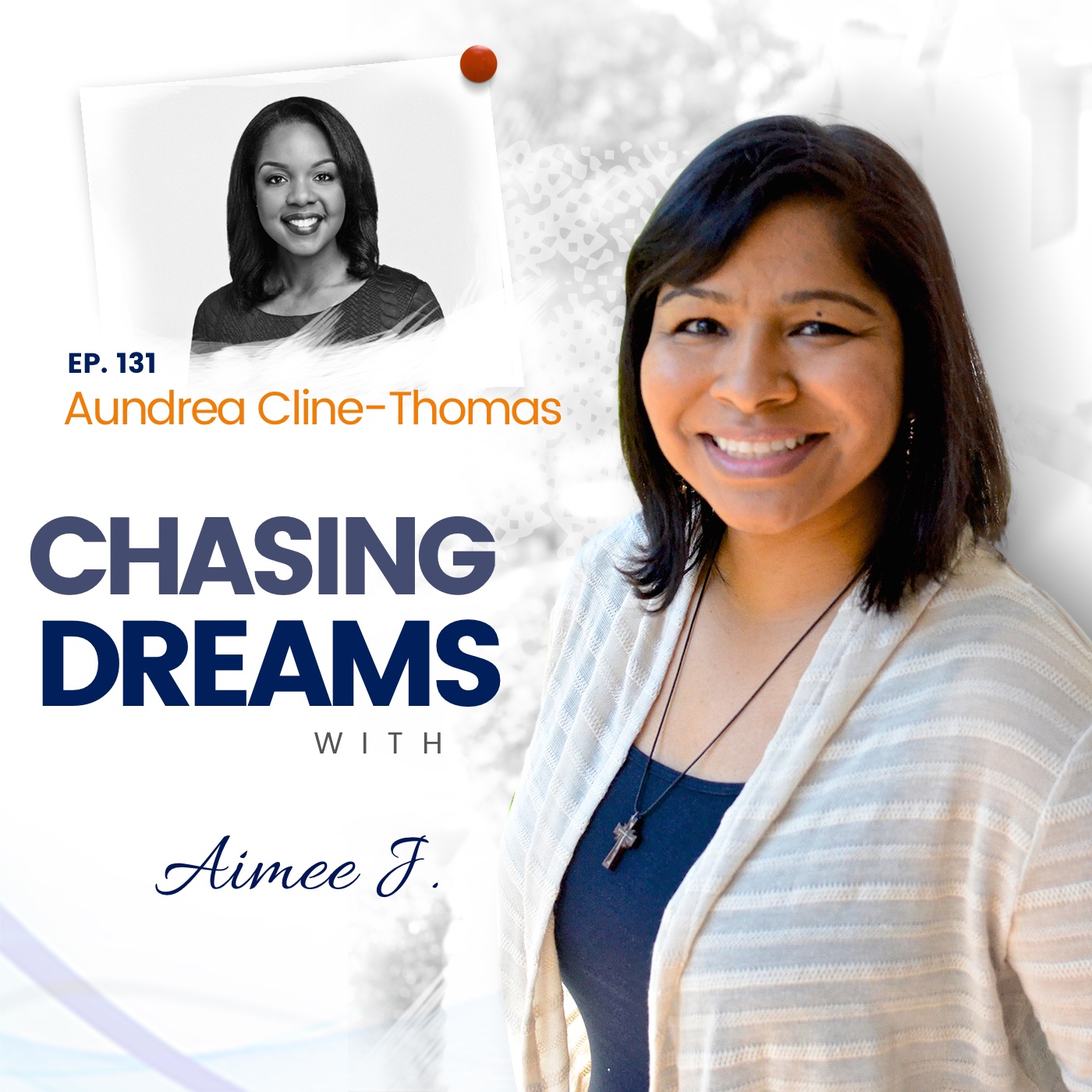 Aundrea Cline-Thomas is an Emmy award-winning reporter for NBC10 News in Philadelphia. When Aundrea is not working, you can find her in the community, volunteering, moderating, or hosting many events for non-profit organizations. Aundrea joined NBC10 news in September of 2015. In 2017 she won a Regional Emmy award for team coverage of the Delaware Prison Standoff. The same year the Philadelphia Association of Black Journalists named her Broadcast Journalist of the Year.

Prior to joining NBC10, Aundrea worked as the lead education reporter for four years at WTVF, the CBS affiliate in Nashville, where she won a regional Emmy award for Spot News. She also worked at News 14 Carolina in Charlotte for two years as a reporter and photographer, and WMGT, the NBC affiliate in Macon, Georgia. Aundrea has also been an instructor at the Carolina School of Broadcasting. Aundrea received a bachelor’s degree in Communications with a minor in Black Studies from Boston College, and a master’s degree in Broadcast Journalism from the University of Maryland. Raised in a Maryland suburb of Washington D.C., Aundrea is the youngest of three children whose parents are originally from Sierra Leone, West Africa.

Did your path involve some moments of fear or even stage fright? Aundrea knows how it feels! She wanted to be a teacher until the 8th grade, when she realized that she would have to discipline unruly kids. That was enough to squelch the teacher dream! As a senior, she participated in a program at American University that pushed her in the direction of broadcast journalism, which turned out to be life-changing. For the first time, she was excited about something and felt that her gifts were truly being used. She loved the creative process of photography and editing, but the “in front of the camera” part was another story, and it didn’t come naturally for this introvert. She learned to “do stuff scared,” battle the stage fright, embrace the scary process and keep going.

How do you respond when things are just unfair in your career? Aundrea faced many challenges, and she doesn’t know if they were more because of her gender or her race. She has always been determined to be a hard-worker---no matter what. She’s had to learn the hard lesson that she isn’t going to please everyone. Her best advice about these challenges is: “Go somewhere where what you have to offer is valued, and don’t take things personally. At the end of the day, it’s a business, and life experiences have shown that things usually work themselves out.”

TWEET: “I face challenges, and sometimes I don’t know if it’s gender or race.” @AClineThomas

“Eternal faith in myself and my ability”:

Do you know what it feels like to work in a toxic environment? When you aren’t valued or offered the same promotions as someone else, you need to walk away in order to do what’s best for you. Aundrea left a job not knowing what was next or what she would do. It took months to find a job, and it wasn’t even what she wanted to do! It was a time that tested her faith and put her ego in check as she woke up every day to go to a job that she didn’t want to do. She had to have eternal faith in herself and her ability to make it through. The important lesson she learned was: “This isn’t the end or even the beginning, but it’s a part of the process.”

TWEET: “I think of myself on a continuum, not at a destination.” @AClineThomas

Guest Recommendation: ONE action for a dream chaser to take—“Dreams are no good if they stay in your head; you have to put action to it. If you’re not in school and want to be a journalist, then start learning the journalism industry. Figure out what skills are your strengths and create something right now.”

This episode is sponsored by patreon campaign supporters. Thanks to all of you for supporting my mission to inspire, equip, and empower people to chase their dreams. You can find all of our supporters over at aimeej21.com/supporters

TWEET: “It feels terrible to make an ugly #mistake, but you can’t stay in the feeling of it.” @AClineThomas

TWEET: “Keep going forward. #Mindset is like muscle memory and it keeps getting easier and easier.” @AClineThomas

TWEET: “Sometimes you just have to leave with your purse and your dignity.” @AClineThomas