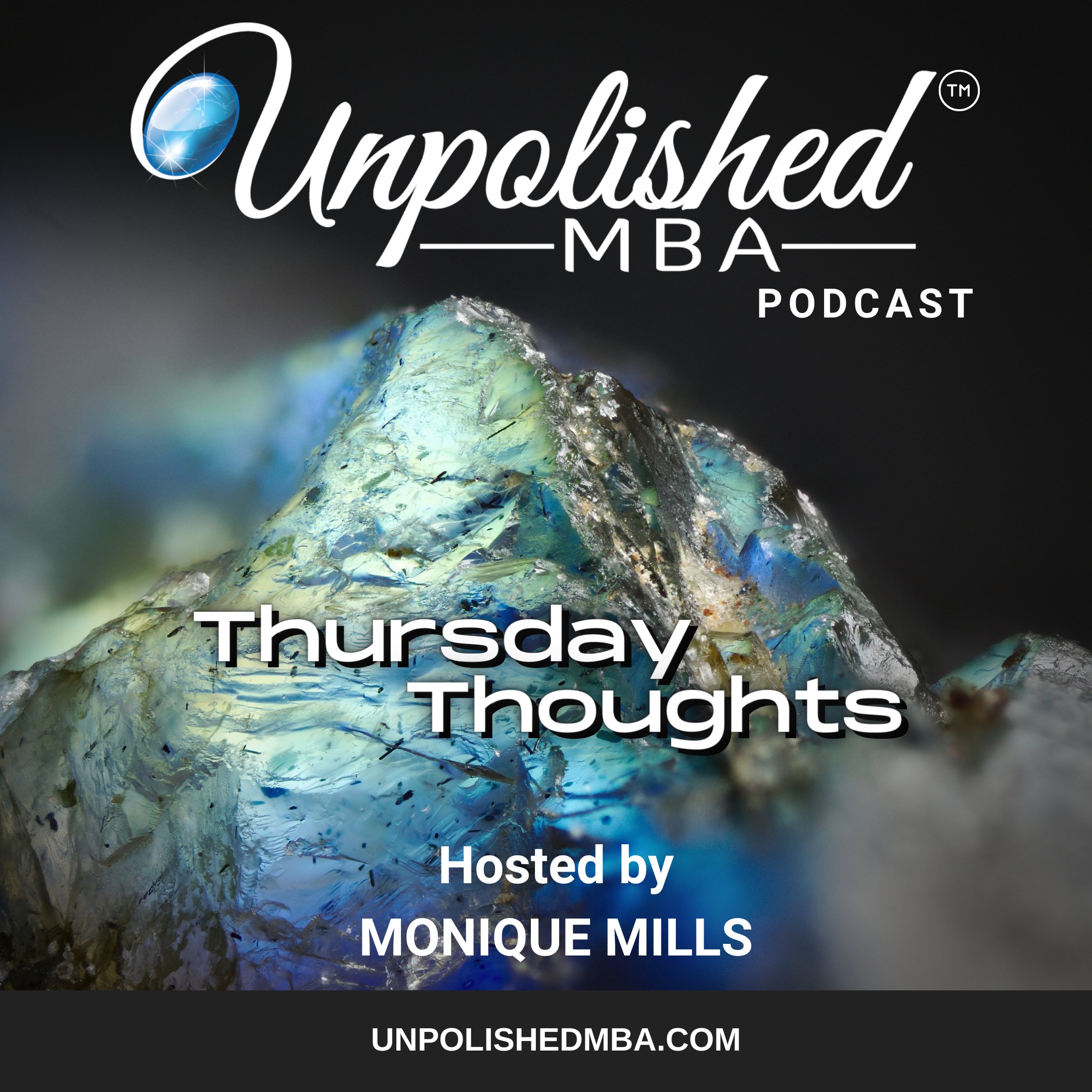 In this episode of Thursday Thoughts, Monique reflects on her Linkedin post celebrating the recent accomplishments of her daughter. After posting the update, Monique was not only moved by the words of encouragement and praise that people left on the post but was reminded about how running a business or startup is in many ways like being a parent.

This reminder encouraged Monique to remind listeners that despite how hard they work on their startup or innovation, so much of your business’s life cycle is out of your direct control. This reality makes it vital that business leaders remain flexible and agile while remaining open to trying new things and accepting new experiences.

Here is one of those stories where I’m comparing being a parent to building a startup. I recently posted on LinkedIn about my daughter being accepted into Stanford as a high school student to take college classes or college credit this upcoming summer. This is something I would never share typically on LinkedIn, it's personal and my kids are old enough to say, “Hey mom, I really don't want my picture or my information out there”. This was different because I actually had connections at Stanford and different folks that were alumni over the past few years that have provided information and different things about the school to me in order to share with her. I wanted to let them know that this is the result of feeding into someone. I made a post about it, and it has tens of thousands of impressions just right now, and it's still fresh. Then hundreds of comments, and I'm very appreciative of it. It really shows you that people can be happy for other people and excited, but also that they accept that some things are a little bit more personal on LinkedIn.

So in the post, I mentioned that my high school daughter is going to Stanford in order to take courses toward her goal of becoming a surgeon one day. I just listed a few things about her and the post was really a tribute to her. If you all remember a few episodes back on Thursday Thoughts, I shared information about her wanting to be a pediatrician since she was really young. Then one day changed her mind and decided she wants to be a swim teacher because she had recently had so much fun in her swimming lessons. In that Thursday Thoughts I was sharing information about how the most recent positive engagement can really influence people to choose one product or service over another, and she was the example that I used. I'll put the link to that episode in the notes here. In the post about her on LinkedIn I shared just a few facts about her, how she's a 4.0 student, all honors and AP courses, how she scored a 5 out of 5 on her AP exams, and how she's been a member of Mensa international since she was seven.

A lot of people aren't familiar with Mensa, that’s an organization that's international for those with high IQs. She's just always been a really exceptional person and student, this is a rare post for me, and somebody asked if I would share information about how I did it as a parent. Well, I really don't have all the answers, of course, there's a lot of things that are a part of who she is that I really had nothing to do with. It's a matter of one of those things, we even say in startups, it's luck, it's blessings, it's timing. I really can't explain it, but I told them that I wouldn't do a full episode about it, but I would mention it in one of the episodes if they really wanted to know.

So, I just wanted to share how, really raising kids, again, is so similar to building a startup. Number one is you try a few things that you think will work and it doesn't. We do that all the time as parents, we think we know what's best, or this or that will work for the child, or we're just making stuff up as we go along because none of these kids came with an instruction booklet, right? It’s the same thing with a startup, you can get guidance, you can hire people to help you, or have support around you. Those things are always an option and this is the same way with kids, but there really is no step-by-step instructional guide. So no one can say, I know what's going to happen, when it's going to happen and what you should do, and be a 100% about that kind of feedback. So the other thing that I would say is very similar is that you're constantly feeling like you're not doing enough. Even though you're busy, you're constantly running or doing whatever you believe is necessary for your business to grow, or in my case, for your children to grow up healthy and be able to be successful in the ways that they want to be.

You never feel like you're doing quite enough, things could have been better, you're always self critiquing and it's the same way in business. Sometimes you just feel like you're constantly failing at it even though each day you're making progress toward your goal. Also, I would say a third thing is that no one ever tells you, or rarely tells you, ”good job”, because you’re doing what you're supposed to be doing. No one really feels compelled to give you a pat on the back for doing your job. Actually, when I saw the responses on my LinkedIn post, I was pleasantly surprised to see so many people congratulating me. I'm kind of like, “oh, okay I guess I get some of that congratulations.” It really had never crossed my mind because, as I mentioned, this post was really a tribute to her and to also thank all of the folks that have been involved in sharing information with me over the years that I've been able to share with her, which has created this affinity for the school and this desire to put it on her list of schools that she would like to attend upon graduation.

I'm thankful for that. I'm always thankful for the time that people give to me, even if it's just responding to an email or seeing a post and saying, “Hey, I got someone I can introduce you to.” Which is what happened and even happened with this post. This Thursday Thought is really meant to provide some encouragement for those who are just pushing forward and don't know what the outcome's going to be, but they're doing their best every day. You are doing your best every day and doing what you think is right, making corrections when you find out it's not right, and you keep moving forward. Very much like what we do in parenting and what I've done with my children, so I don't have the magic answer that maybe some people are seeking, but I can just tell you that I put one foot in front of the other every day. I try to do my best every day, and since they don't come with instruction booklets, all you can really do, just like you do when you're building a business is; surround yourself with support, except feedback, ask for help when you need it, do what you think is right, and when it's wrong correct it and continue making steps forward. Then one day you're going to see the fruits of your labor and consistency show up in a surprising way, that you feel proud about the time and the effort that you've put into growing your creation.

If you’re trying to write something right now and you have run into a roadblock stop what you’re doing and go to TPMfocus.com/jasper. Jasper is the AI robotic tool that can write anything for you. It can write entire books, blog posts, emails, Facebook ads, Twitter posts, video scripts, product descriptions, the list goes on and on. You’ll literally be able to write more in one day than you could in a month. Don’t waste any time go to https://TPMfocus.com/jasper and use our code to get 10,000 words written for you for free right now.