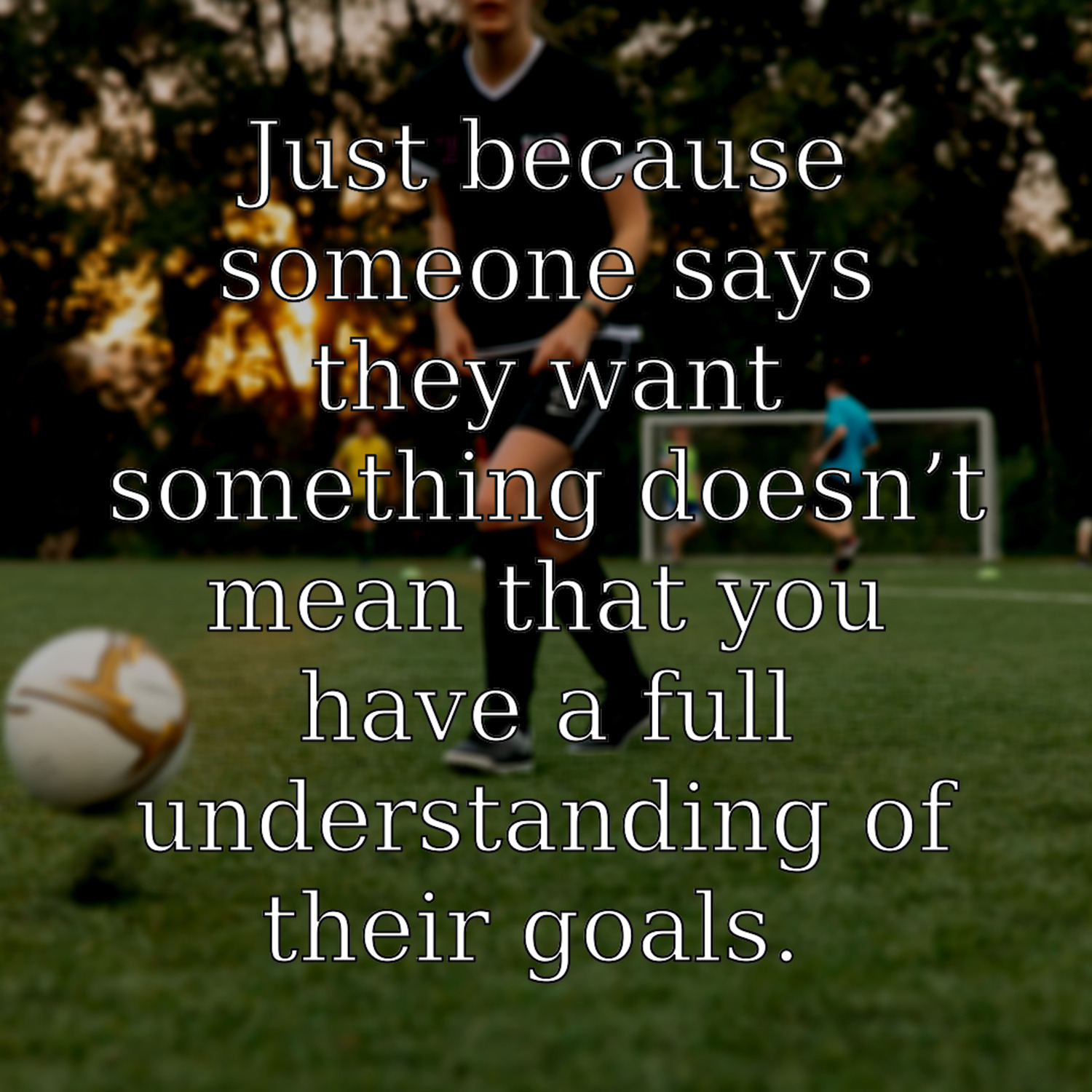 Another reason for the instinct to apologize is to avoid conflict. Conflict is tense and uncomfortable, but it is the essence of assertiveness. Becoming comfortable with it by changing your vocabulary to apologize less is an important step. How do you apologize when you actually should? Include one of the six elements articulated by Beth Polin and make sure to actually take responsibility and not deflect or blame others.

Once, there were two people fighting over an orange. Each one wanted it in its entirety. But when asked why they want the whole orange, one replied, “I need all the juice to make my cake.” The other said, “I need all the zest from the peel to make my frosting.” What seems to be a conflict may not even be a conflict at all. Just because someone says they want something doesn’t mean that you have a full understanding of their goals.

Dig a little deeper for more information. Neutral questions like, “Tell me a bit more about how you envision this,” or “Help me understand where you’re coming from,” will often reveal an easy win-win.

Assume flexibility. Just because someone is enthusiastic, or even firm about something, doesn’t necessarily mean that they’ve closed off all suggestions. I have this problem a lot. I’ll get so excited about something and then talk a mile a minute. People often assume that I’m unwilling to consider anything different. Confronting a dominant personality doesn’t have to be combative.

Simply ask, “Are you open for feedback on this?” If they say yes, which most people will, you can start by saying, “I tend to think of these things from a different perspective.” It keeps the conversation neutral. You’re not attacking their point of view. Instead, you’re just sharing yours. High-energy people move quickly and enthusiastically. They may even end up loving your idea and embracing it with the same zeal they do their own.

Determine if your ego is being bruised or something else. To avoid lingering resentments and dirty looks, you must give up your goal of crushing the competition. Any loudmouth can “win” an argument. To be a true winner, your aim should be a win-win for everyone. If you hear yourself saying things like, “Technically, you never said that,” or find yourself plotting to secretly tape the person so you can prove you’re right, both of you have already lost.

Stick to the facts. Facts are neither incendiary nor insulting. They are objective. To an adolescent, for example, you could say, “I notice the clean laundry is in a pile on your floor. And it’s Friday, which is allowance day.” Let her make the connection. Hopefully, you won’t need to say another word. My favorite example of this technique comes from a friend who recently returned from a military deployment.

Instead of scolding a reporter about how his shirt would give away their position, he simply said, “That’s a really bright shirt.” You can say more with less simply by sticking to what’s important.

If you find that over-apologizing is a regular thing for you, do not despair. You don’t have to become a mean or hard person to change this. You also don’t have to give up apologizing completely. There are indeed instances where a proper apology is appropriate. However, always being sorry, or frequently apologizing, to the point that it damages your self-esteem or makes you afraid to confront others, is problematic. Confident, assertive people are self-aware and are neither afraid to admit their mistakes nor willing to shut themselves down before making a statement.

Dr. Beth Polin, an assistant professor of management at Eastern Kentucky University and coauthor of The Art of the Apology, defines an apology as a statement that includes one or more of six components:

An expression of regret: This is the actual “I’m sorry” statement.

An explanation: This is a clarification of what happened, not a justification.

An acknowledgment of responsibility: In other words, owning up to your mistakes.

A declaration of repentance: For example, “I truly regret what I did.”

An offer of repair: “Maybe I can turn this around.”

A request for forgiveness: “I know I messed up, but I’m truly sorry and I’m asking your forgiveness.”

Apologies play an important role in any type of relationship. If one party makes a mistake or causes another pain, saying sorry may not only be polite, but sometimes it’s necessary. However, no single person is wrong all the time. It simply isn’t accurate to feel the need to apologize for every little thing, even the ones for which you were not at fault. As we discussed, over-apology usually turns out to be anything but an apology. It’s often a defense mechanism, whether for the sake of preemptive “peacekeeping” or fearing confrontation.

In the journey to become more confident and assertive, saying sorry too much can really stunt your progress. It can also affect your communication by making it unclear to others what you really want or need. Once you recognize and tackle this pattern, you may start to see your life and interactions with others improve.

Overall, the urge and instinct to apologize is something that becomes hardwired over time as a natural instinct to avoid confrontation and displeasure. Of course, it is the absolute contrary feeling to assertiveness, where you are making waves and withstanding tension as opposed to running from it.