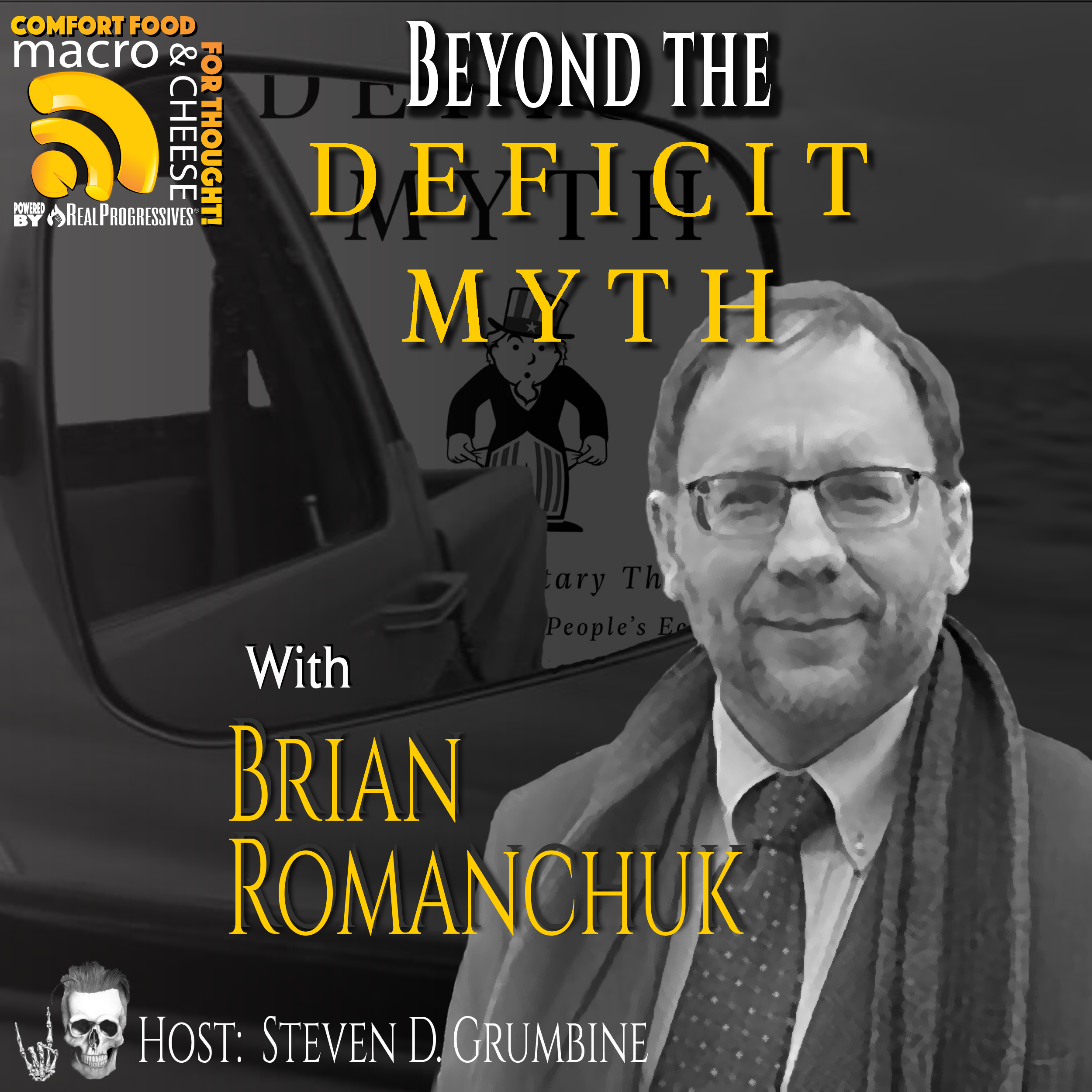 This week, Steve catches up with Brian Romanchuk to talk about his latest book, Modern Monetary Theory and the Recovery. Brian was last on in episode 16, two years ago. A lot has happened since then.

From his blog, Bond Economics:

This book discusses the causes of slow growth in the developed world after the early 1990s from a Modern Monetary Theory perspective. Policy proposals from MMT proponents that aim to rejuvenate the labor market without causing a resurgence of inflation will be examined.

Brian says the book goes through the basics of MMT before addressing the sluggish recoveries since the Reagan-Thatcher years. Why were previous recoveries after recessions slow and how can we change it going forward? How do we prevent a long period of underemployment like we’ve seen in previous decades?

The modern era has been a constant move away from state control in favor of letting market forces guide the economy. Throughout this interview the discussion frequently returns to labor. As Brian says, it’s really a labor market story.

The present spending bill, while larger than expected, is still inadequate. Basically, the money is all flowing into rent, groceries, and settling debts, because it’s replacing a broken income flow resulting from the pandemic.

Well, governments around the world threw a huge slug of spending as big deficits. And to be honest, not that much of a bounce. And the reason is all it did was allow people to continue their existing patterns, which is great, but it's also keeping landlords afloat. So that's one reason why it was relatively popular because it was basically the landlord bailout.

Brian tells us his next book will be about inflation and takes some time to describe and compare various theories. Finally, he takes criticisms of MMT, finding very few to be in good faith.

Brian Romanchuk was a fixed income quantitative analyst in Quebec. He is the author of a number of books, including Modern Monetary Theory and the Recovery, published in March of this year.

His writings can be found on his blog: www.BondEconomics.com