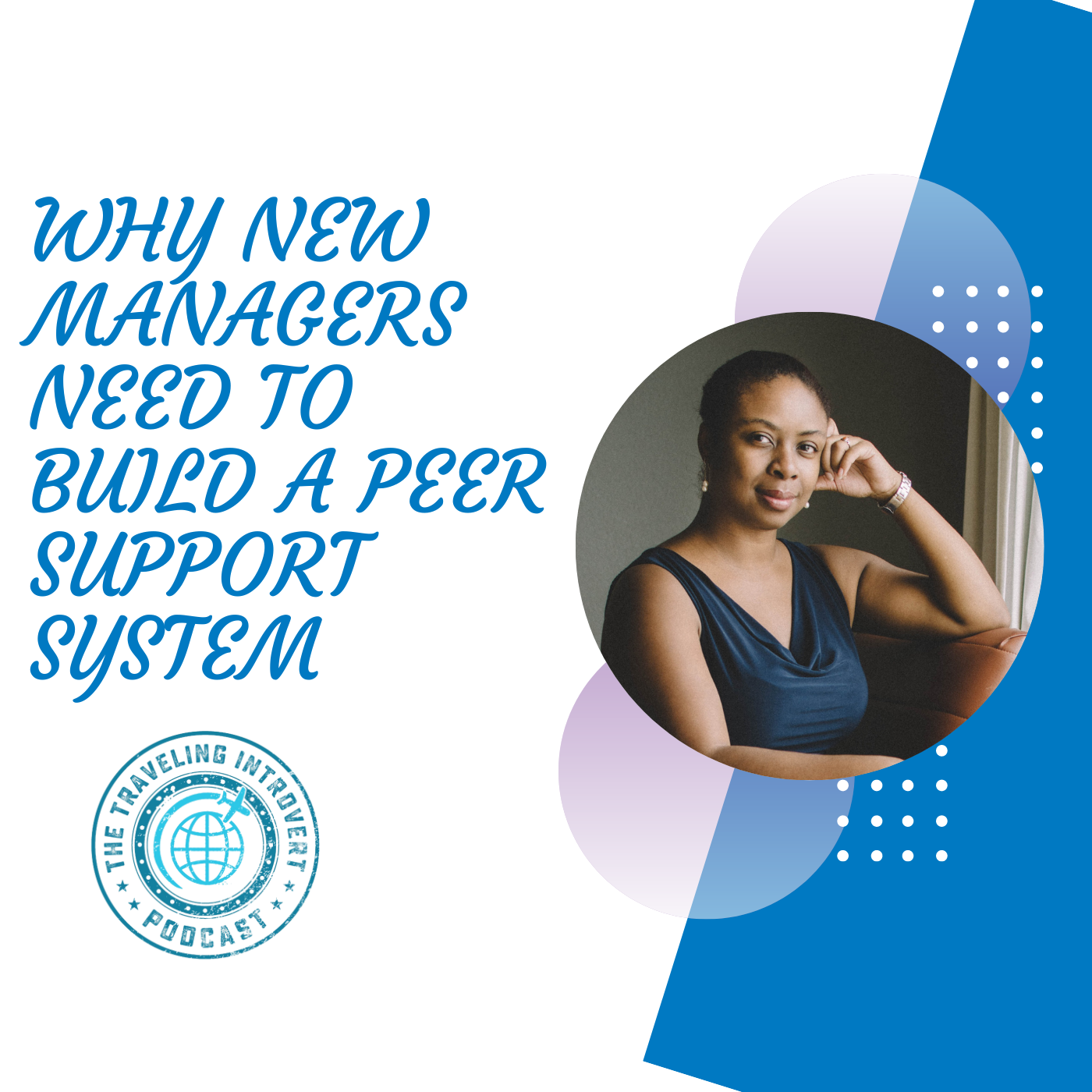 Hello and welcome to the Travelling Introvert. Today I want to talk about being a manager. Whether you've created this role yourself or you're new to being a manager and how you need to craft and create a peer support system. Now, you may have been a manager before, you may know everyone at your workplace, you may have been promoted to be a manager so you know everyone and you know what's going on, or you might be a new manager in a new role in a new company. Either way, you need to have a support system during the first 90 days of any new role.

It's super stressful and having a support system is beneficial in many ways, not just for the first 90 days, but for your ongoing success as a manager and a leader. Now, when you're thinking about setting up your peer support system, the idea is for you to get a system that helps you feel supported and helps you manage stress and is a go-to group of people humans that you can go to about work stuff. So, for example, I was working with someone who has crafted their own position within their job and they're the first person that's done it. They took certification and now, like the other director of Insert Bank here, they've never been director of anything in any other organization, don't have experience in this role in any organization or any other organization. So they don't know what they don't know.

While they know the culture of the company, while they know everyone that they work with, they don't know really huge gaps that they might have in their learning just because of the way certifications are made these days. They don't necessarily cover a lot of real world scenarios and nothing gives you more experience in working in different types and sizes of organizations. So this person has gone out to try and create their peer support system of fellow humans that work within her industry as well as outside of her industry, but have the same role or job title, or have had the same role and job title previously because they can help fill in the gaps of what she does and doesn't know. Not only that, having insight into other industries and other verticals and seeing how they do things will help them figure out what might be missing from their work. For example, after getting this group of peers together, she figured out that she needed a better infrastructure and policies within their workplace and also just generally software.

The company did not have software to track general things for this particular type of work. Not only that, it gives you people to go and bounce ideas off who aren't part of the work, click or don't know about the drama and aren't involved in those sorts of things. It gives you a space to learn and to grow and see how different people deal with the type of situations that you have or how they've dealt with them in the past. And everyone learns together. And so there's nothing better than having that feeling of nonjudgmental support when you are in the first throws of a new position or just when you are a little bit further along.

I want to expand your knowledge now, you can't just go ahead and get anyone when you're thinking about building a peer support system, but do think about where the gaps in your knowledge might be missing. And this is where it's a really good idea for you to kind of do a skills audit and figure out where your blind spots, your weaknesses might be. And then go ahead and find people who have skills and strengths in those areas to be part of your peer support network. This helps you take care of yourself as a manager and a leader. This shows your potential for growth.

This helps you on your personal journey. And by doing this, we will help expand your network. And it's not expanding your network because I need to do networking. It's because you want to support others who are in the same situation. As you will end up finding people who you want to mentor or you want to be part of their peer support group where you are further along in your journey than they are, when you also want to find out all sorts of industry things that you might not have known, websites to go to, pieces of software tricks and tips that you just didn't know about.

It's all about gaining knowledge. It's not necessarily about the networking and the people. It's about gaining knowledge so you can be good at your job and successful while balancing out and reducing that stress. Because you know you have people that you can go to who will answer your questions in times of need. Thank you for listening.

This is janice@thecareerintrovert.com helping you build your brand and get hired. Have a great rest of your week and don't forget to do that skills audit. Bye.