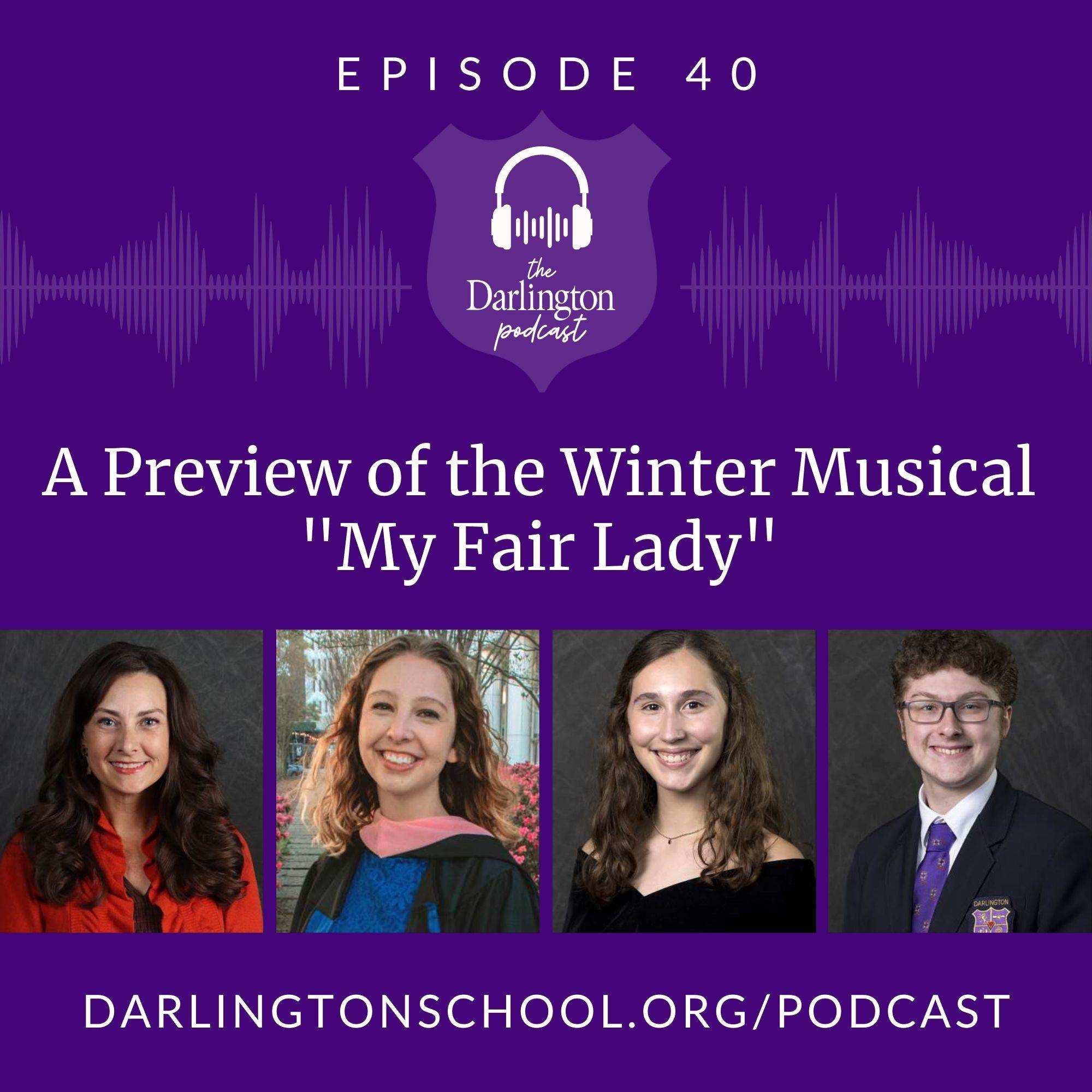 Welcome to Episode 40 of The Darlington Podcast!

In this episode, Theater Director Shelley Daniel talks with Choral Director Alex Johnson and seniors Kathryn Davidson and Grayson Davis about The Darlington Players' upcoming winter musical, "My Fair Lady." The show is slated for Feb. 25-27 at the Rome City Auditorium, featuring 22 students involved in the cast and crew.

"My Fair Lady" is based on George Bernard Shaw's 1913 play "Pygmalion," with a book and lyrics by Alan Jay Lerner and music by Frederick Loewe. The story follows Eliza Doolittle, a Cockney flower girl who takes speech lessons from professor Henry Higgins, a phonetician, so that she may pass as a lady. Despite his cynical nature, Higgins falls in love with her. The musical's 1956 Broadway production was a notable critical and popular success, winning six Tony Awards, including Best Musical. It set a record for the longest run of any musical on Broadway up to that time and was followed by a hit London production. A popular film version premiered in 1964, and many revivals have followed.