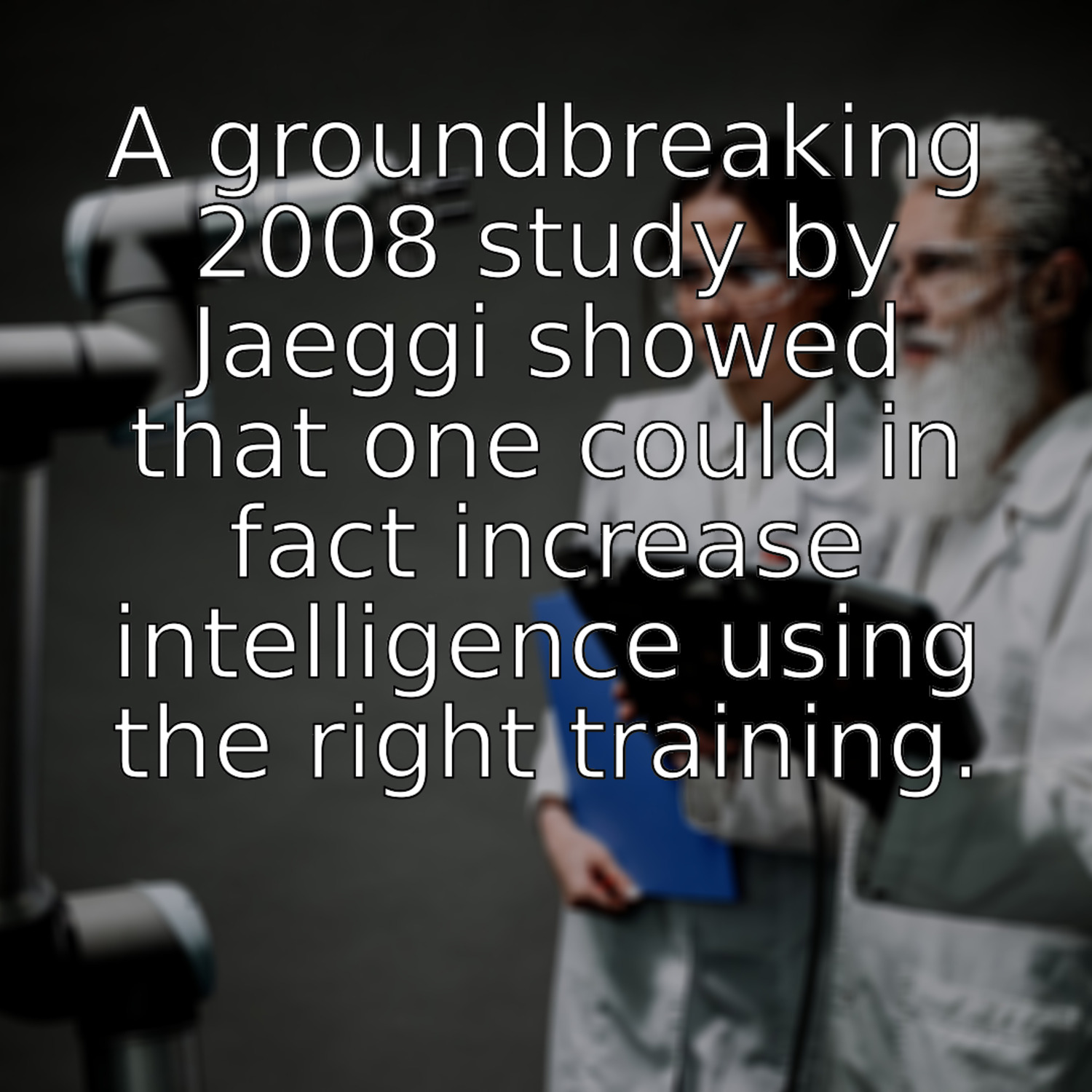 The efficacy of brain training programs has been dispelled multiple times. This is because we can’t necessarily train ourselves to be more intelligent, strictly speaking. We can, however, engage our brains in multiple and novel ways, and somewhat indirectly, become smarter as a result of that neural strengthening. We can improve our fluid intelligence, but not our crystal intelligence. This means that when we want to boost our brains, we’re not really focusing on “improving” the brain itself, but rather how to stimulate it and adapt to different situations.

Get the audiobook on Audible at http://bit.ly/brainboostblueprint

By now, it’s more than clear that maintaining cognitive and mental health has a lot more to it than we previously assumed. In essence, everything discussed here is an attempt to master and optimize the brain’s neuroplasticity—that is, the ability of the brain to rewire itself, literally changing neural pathways according to new information and skills it acquires. In other words, the brain adapts its structure to match its function.

If you value learning, mental flexibility, good memory and the ability to be creative, then it pays to support all your brain’s functions, not just the more narrow ones we’ve come to associate with “brain exercise”—chess, listening to Mozart or doing number puzzles, for example. More and more it seems that a strong and healthy brain and mind are the natural result of a complete lifestyle that facilitates health for the entire being.

“Use it or lose it” perhaps describes this phenomenon best. The brain is not a muscle, like the heart, and doesn’t need to be “trained” in quite the same way. But the brain is a tool, composed of tissue and running on electrical and chemical energy that, through complex transformations, becomes our lived experience in this world.

When you fail to use your muscles, they atrophy and weaken. When you fail to use your brain, it too becomes less conditioned over time. That’s because, as we’ve seen, the way we use our brain has direct physical ramifications for the way it’s shaped, and how it functions. In the same way as those who played Tetris for three months ended up with a brain better adapted to playing Tetris, we too can shape our brain according to what we want to use it for.

This is the heart of neuroplasticity: the brain eventually becomes better at what it does most.

In this spirit, we can begin to think of a classic way to “train” the brain and make sure that it’s putting down new, beneficial neural pathways in the way we need it to: by challenging ourselves. In this way, our brains really do have a lot in common with muscles: it’s when both are pushed to the limits of their capacity that growth occurs.

Challenge stretches us to accommodate new goals. We grow when we try to grasp something that’s just on the edge of our ability—but not impossible to reach! Most neuroscientists and psychologists now understand IQ not to be a fixed, deterministic state of affairs, but rather an inherited range of possible IQs for each person. Then, within that innate range, the environment and the person’s own efforts decide where exactly they fall. With hard work and dedicated learning, a person can push themselves right to the edge of their natural range, and perhaps even squeeze some further performance from themselves. Similarly, a person who doesn’t push themselves in this way will always have a store of untapped potential left over—they are capable of more, certainly, but their brain needs to be actively encouraged to reach those further bounds.

Much early research into IQ and cognitive science focused on how to improve a person’s natural talents. We wanted to boost memory, enhance learning, find all those secret buttons that would turn us into impressive calculating machines that could effortlessly learn languages or solve complex problems through dedicated training alone. If you wanted to be better at languages, for instance, you would naturally spend time developing your linguistic abilities, right? Turns out this method may not be entirely correct.

How could that be? How could training for one skill help people be better at a completely different skill? This research was a game changer in the field of cognitive science, because it strongly suggested a model of intelligence that contrasted with our old ways of thinking about the brain.

“Fluid” intelligence is not the concrete facts and skills you bank when you “learn” something new (i.e. “crystallized intelligence”). Instead, it’s the flexible, adaptive ability to learn.

This is the brain’s ability to take in, process and store new information. During training, whatever training it is, it’s the fluid intelligence that is strengthened, and it’s this way of thinking that transfers to other skills, explaining the surprising results of the study. The really great thing about fluid intelligence is just that—it’s fluid! It can be changed through exercise and training, and used across the board. And it’s not about natural or inborn talent; truly it’s the “use it or lose it” principle, with an added, “the more you use it, the better it is.” Essentially, improving your fluid intelligence is learning how to learn. It’s practicing dealing with novel information, not just for this or that specific activity, but for activities in general. People with high fluid intelligence can thrive in a new field even with very little actual knowledge on the topic because what they possess is the optimized approach to learning, which is independent of any topic.

In fact, fluid intelligence may be closer to what we’re really talking about when we discuss intelligence at all, and crystallized intelligence is more akin to knowledge, stored facts or memory. So how do we use this finding to help our brains navigate the world better? The trick is to use a “big picture” perspective on learning in itself.