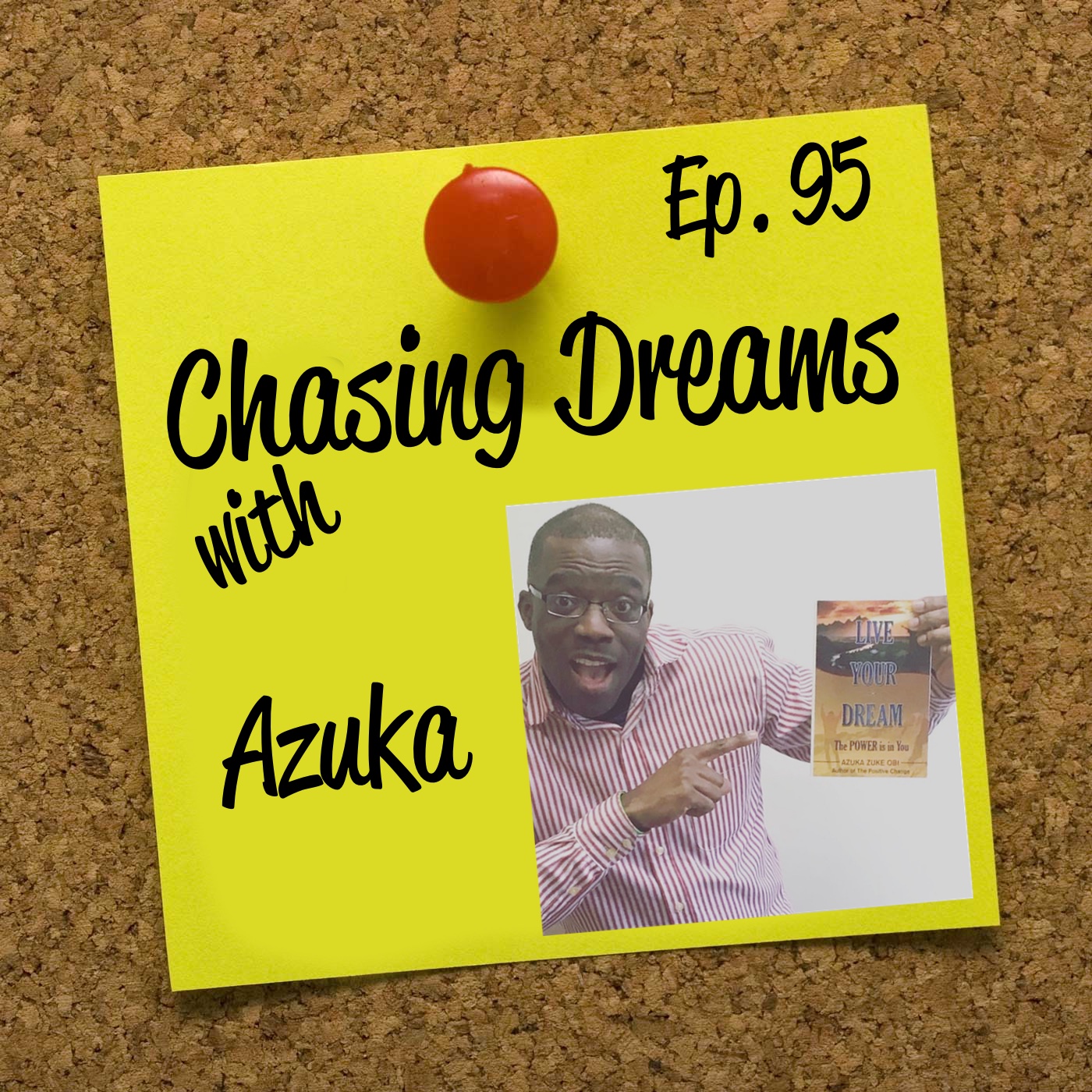 Meet my new friend Azuka, who grew up in Nigeria, West Africa, and later moved to the US. He writes self-development books and travels worldwide to motivate people to follow their passion and live their dreams to the fullest capacity. He takes selfie photos to promote unity, ignite friendships, foster togetherness, and put smiles on people’s faces. He believes this endeavor makes people feel good about life and promotes a sense of love among all races and ages. Azuka is a Beverly Hills Book Award Winner and a fire-brand Motivational Speaker who inspires people to follow their passion and make positive changes to their lives. He is always under construction and believes in achieving BIG things with faith in the power and goodness of the Most High. Join me for Azuka’s inspiring story!

TWEET: Join us to find out why you should #live full and die empty as @zubby34 explains!

Have you had that AHA moment when you realized what your purpose is? Azuka’s moment came when he realized he could live out what his mother had seen in him at a young age. She told him he had a “gift,” that she saw him doing great things, talking to people and counseling them. When he finally bought into what she saw, he began developing and fine-tuning his craft, reading books, working harder, and putting himself “out there.” He shares how he combined awareness and commitment to achieve his goals.

TWEET: “Nothing could stop me from pursuing my #dreams.” @zubby34 #chasingdreams

Being a BOLD, action person:

Have you ever been led to approach a stranger and ask a seemingly ridiculous question? Azuka shares the amazing story of how he approached a stranger in Nigeria about opportunities in America. His wildest dreams came true and he ended up with a Visa to go to the US through a series of very unusual events. What was the key? Taking the initiative, and, as he says, “The rest is history.”

What kind of people surround you? Do they see the possibility in you? Azuka shares what he’s encountered in today’s young people; they have dreams, but they lack the belief, the force, and the guidance to BELIEVE they can do it. They want to dream, but they are surrounded with negative energy from negative people. Listen to some great advice as Azuka explains how he ONLY allows positive people to influence his life!

TWEET: “If you hang around a negative person, you will show those traits.” @zubby34

Guest Recommendation: ONE action for a dream chaser to take—“Believe in yourself. Believe you can do it. Believe you have the power, capacity, and energy. Don’t worry about how it will all come together. Get out there and live whatever dream and passion you want to bring to the earth.”

TWEET: “Always ask for twice as much as you want; you may be surprised.” @zubby34