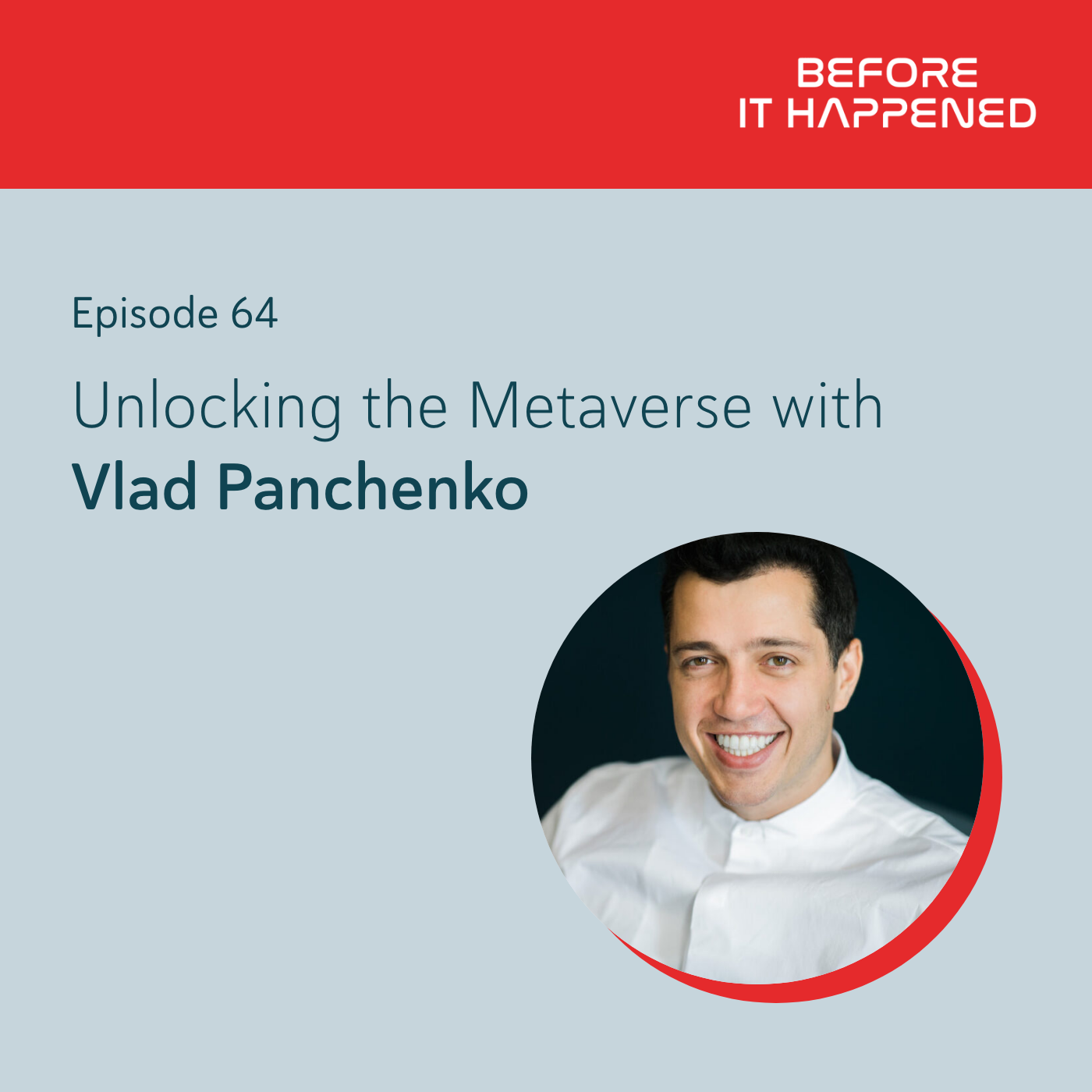 Vlad Panchenko, a lifelong gamer and technologist, is on course to one day build a massive metaverse community and exchange by connecting video gamers on mega gaming platforms. Vlad started his career in Ukraine at the age of 16, where he was paid by the kilobyte to translate pirated video games from English into Russian and Ukrainian. Byte by byte, Panchenko gained the experience that would lead him to create powerful gaming platforms. In this episode, Vlad talks about his latest creation, DMarket, a giant social gaming marketplace where all manner of virtual goods are traded. Join us as we take a step into the brave new world of the future where virtual worlds are a reality.

(02:44) - Translating pirated video games after school in Ukraine - “They needed somebody to translate from English to Ukrainian and Russian and that was me, and that was my first job.”

(07:35) - How Vlad’s entrepreneurial journey began - “I knew from the very beginning that I'm pretty much ambitious and that I'm going to build, one-by-one, bigger and bigger companies.”

(23:17) - DMarket and the technology behind it - “The marketplace that we provide, it's the best in the world. It's like the blood of all the Web 3.0 and Metaverse, but still, it couldn't fly without the creativity. So the game and the creative part comes first.”

(28:53) - Vlad’s advice to future game developers - “Keep in mind this is the technology. First comes the story, then the narrative and then the actual entertainment.”

(34:22) - What we can learn from the gaming community and how the invasion of Ukraine affected him - “On February 24th, I was at a conference in Las Vegas, and I couldn't believe that it happened. Because in my humble opinion, this is such a stupid thing to do in 2022. You build Web 3.0, you build AI, you build like ‘The Calling of Mars’, you can do so many things, and you still come back to doing something people have been doing hundred years ago. Why? It makes no sense for me.”

Read USA Today’s: 'Hits on many facets of our activities': How the tech industry is impacted by the war in Ukraine