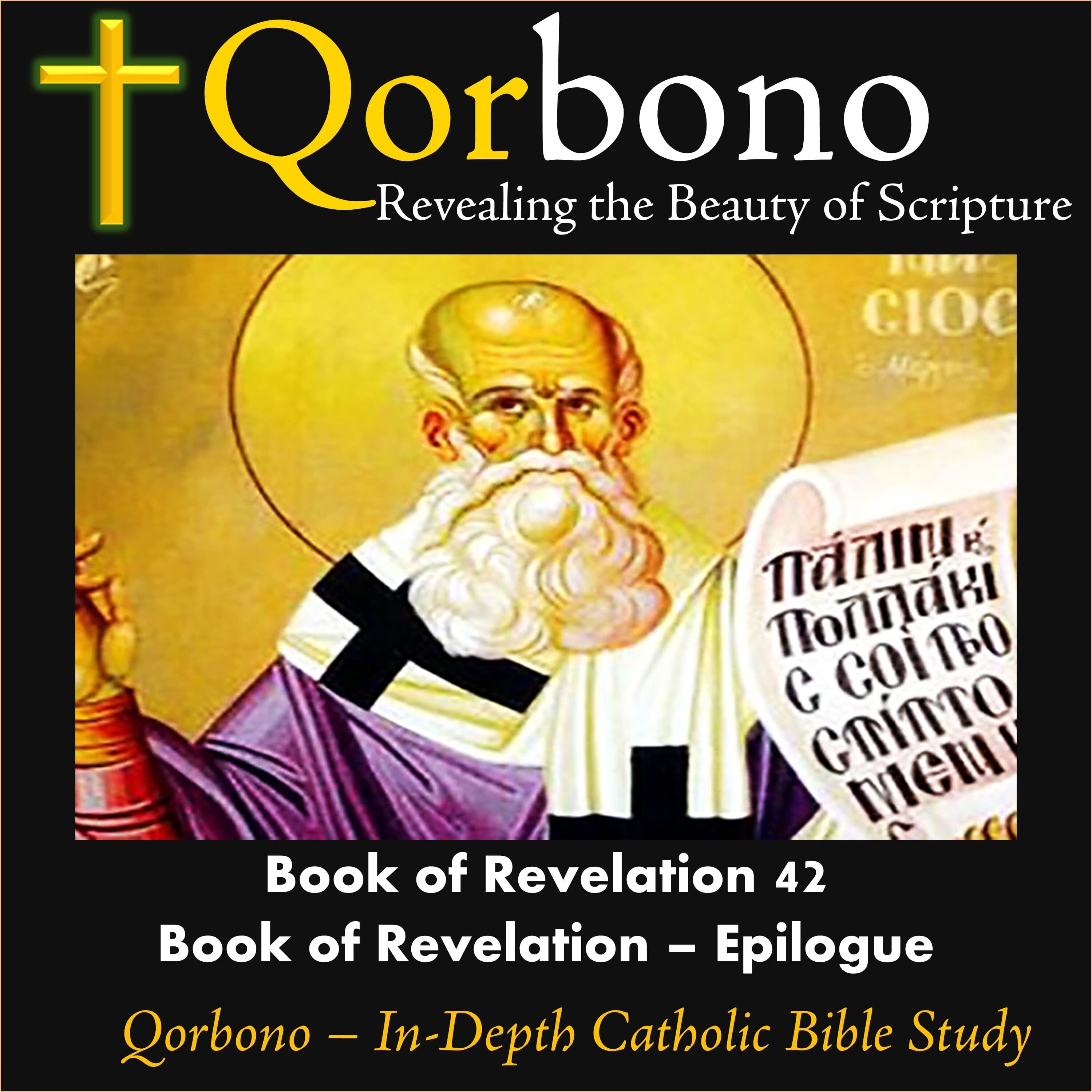 The Book of Revelation #42

The epilogue hearkens back to the prologue. St. John is presented as the recipient of a prophecy to the Church and the Lord reminds us all that he is to come and he is coming. In fact, the Greek variation on these two words "ecromai" is repeated seven times in chapter 22.

But what does "the coming of the Lord" means? Does it mean the final and glorious coming of Jesus when He will judge the living and the dead? Yes, it does, but does it mean only that?

In Catholic theology, the "coming" of the Lord is a daily happening. It is not merely symbolic or equivalent to God's omnipresence; rather it is substantial, real, material, and tangible: the Eucharistic meal that recapitulates and proclaims the Revelation of Jesus Christ.

In the final analysis, the Mass is this song of Love reminiscent of the Song of Songs where the Heavenly court of the Divine King is open and where his children come to glorify God, make their petitions known, and partake at the Heavenly banquet. In return, God makes his decree known and Christ continues to rule over the world (the intent behind his coming) for the greater good of His Church.

The Book of Revelation is as much the Revelation of Jesus Christ as it is His Church.