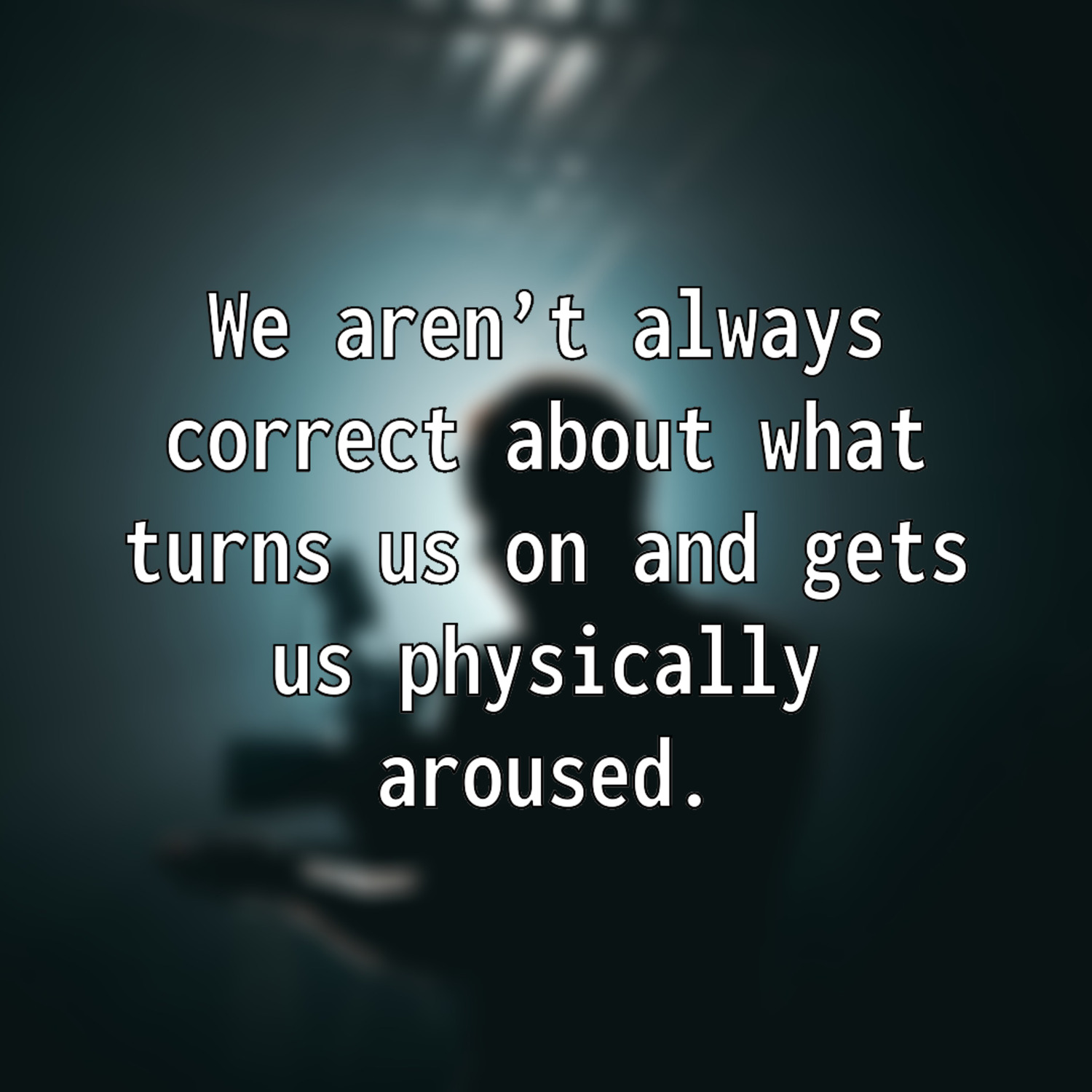 Despite our own internal confusions, there are certain scientifically proven traits we do seek in mates that are more related to biological imperatives. We are subconsciously drawn to excitement and arousal, fulfilling gender-specific arousal triggers, a sense of humor, and masculine and feminine voices.

And yet (another disclaimer, of course), there are scientifically proven triggers for attraction and arousal. While we might not understand what we are looking for from a personality standpoint, there are universal traits that we want from a psychological and biological standpoint.

Excitement. This springs from one of the most interesting theories of arousal—the misattribution of arousal theory.

The misattribution of arousal is the proposition that people aren’t necessarily aroused by what’s in front of them. Instead, for one reason or another, they enter a state of physical arousal first, and then they attribute the cause of that arousal to what is currently in front of them. They make an assumption that because they are physically aroused in the presence of their partner, for example, that their partner was the one arousing them.

Why is this called the misattribution of arousal theory? It’s because we aren’t always correct about what turns us on and gets us physically aroused. This is something you can take advantage of.

The men in the first group, the scary bridge group, were twice as likely to call the attractive female and ask her on a date after the study was over.

What accounted for this massive difference? Males in the scary bridge group were already aroused when they met and spoke with the attractive female. As a result, they contacted the female because they misattributed their arousal to the female, not the scary bridge they had just crossed. In other words, they believed they were feeling sexual arousal from the female instead of plain old physiological arousal from the fear of the bridge.

The more physically anxious, excited, and even fearful you are, no matter the cause, the more attractive and arousing you will find the people near you because of the misattribution of arousal theory. Here, the scary bridge physically aroused the men in that group and pumped up their adrenaline and bodily functions in a way similar to when we are sexually aroused.

This certainly happens more than you might think. People misattribute physiological arousal to sexual attraction all the time. Many even do it by instinct.

For example, have you ever taken a date—or been taken—on a roller coaster, flying, or something else that’s thrilling over a dinner date? Even a scary movie qualifies here. If you have, or if you’ve heard this advice parroted around, it’s because it takes advantage of the misattribution of arousal theory. Your date gets physiologically aroused and excited by the roller coaster or scary movie, grabs your hand out of fear, and then attributes the butterflies in his or her stomach to you and not the triple-faced ghost on the movie screen.

It’s also what dating reality shows like The Bachelor and The Bachelorette use in spades. They’ll send their contestants out on thrilling and dangerous dates like skydiving or deep ocean shark fighting. How can you expect sparks not to fly after that due to this theory? Creating excitement is a no-brainer if you want to instantly create attraction.

Gender-specific triggers. Though arousal is universal in some ways, it can also be incredibly nuanced. There is a very marked gender difference in the basics of arousal—the hows and whys, even.

Researcher and author Emily Nagoski discovered through various studies that men are spontaneously aroused, while women become aroused in response to something.

It means that men spontaneously have the desire to have sex, and women have that same desire only in response to that man. This is the cause of what many couples consider mismatched libidos—the man will be the only one to initiate sex, while the woman may be happy to have it but will never outwardly show signs of desire and lust.

How can we bridge the gap here? It’s the knowledge that women need to be aroused first before they want to have sex, while men continually just want sex. Their desire may not actually be different; you just have to set the conditions for one gender a little bit more.

The lesson for men is that you have to seduce women first, and then they will be open to sex. Women are looking for cues from you to be aroused because it won’t happen for them out of thin air. The lesson for women is to not feel guilty or shame if you have been told you have a low sex drive or libido. You just may have responsive sexual arousal, and your partner needs to break the ice a little bit more first—or you can break it yourself first, but don’t have the expectation that you should spontaneously feel horny or aroused while shopping for apples.

Recent studies published in the sexology journal of Archives of Sexual Behavior confirm the assertion that women need to be outwardly desired more than men before they feel aroused themselves.

The studies found that a major part of female sexual arousal and fantasies was perceiving themselves to be desirable, irresistible, and like men couldn’t control themselves around them. If a woman perceives herself to be the object of desire, lust, and affection, then her sexual arousal and appetite are generally higher than if not.

That certainly adds fuel to the fire that women are more responsive and dependent on signals from their partner in order to feel attractive and sexually aroused. I hope the men reading are paying attention here. Women won’t typically be the ones to spontaneously come up behind you and start copping a feel, but they won’t mind if you do (if you have previous signs of consent and attraction).

And if you do it consistently and in a way that makes them feel like you can’t help or control yourself around them, you’ll be able to have sex more consistently because you are catering to their responsive sense of sexual arousal.

It also lines up with traditional gender roles of the suitor and the recipient, so perhaps no matter how close we get to true gender equality, there are still hardwired preferences when it comes to romantic and sexual relations.

Voice. Dr. Susan Hughes of Albright College discovered that these hardwired preferences that prefer biological differences are highly present in the voices of the opposite sex. Women were found to be more attracted to men who spoke in lower, baritone or bass voices, and men were found to be far more attracted to women who spoke in higher, soprano pitches. If you want a reference for how that sounds, just think Marilyn Monroe singing Happy Birthday to John F. Kennedy or any of Barry White’s songs and you have the general idea.

What we’ve learned about desirable traits is that even though we are consistently wrong about what we want, at least there are biological bases we can rely on. At least it makes us a little more predictable in our lack of accuracy.