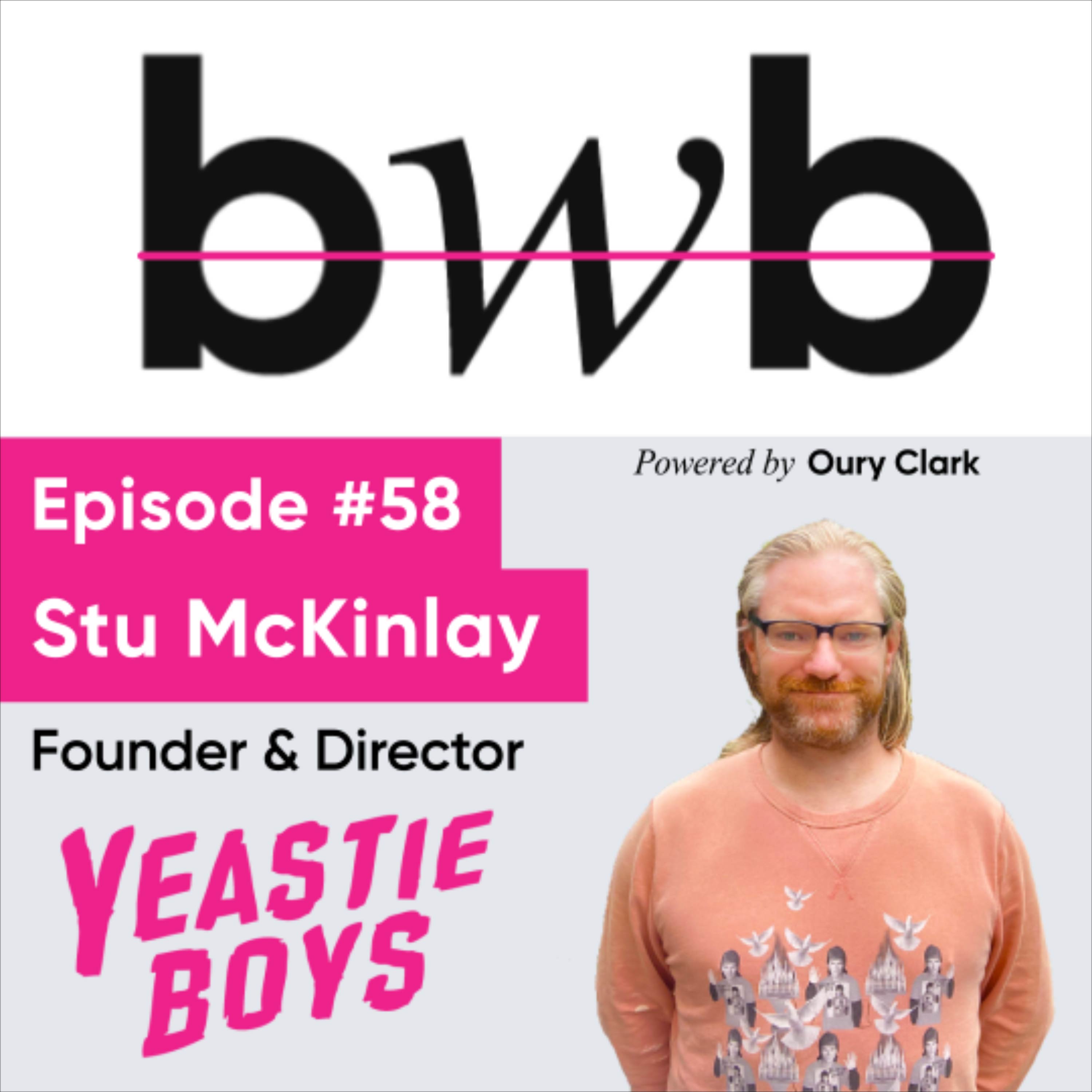 Joining us this week is Stu McKinlay, Founder and "Benevolent Dictator" at Yeastie Boys Beer.

After working in Public Health for 15 years, Stu thought it was time for a career change in 2008 when he kick-started Yeastie Boys, originally in New Zealand and Australia and then in the UK in 2015. Yeastie Boys has now become what he and the team like to call “the world’s smallest multinational brewing deliciously irreverent beer”.

The conversation takes us through Stu's epic life journey so far: from being an aspiring golfer to acting in Lord Of The Rings where he met his future wife and business partner, Fritha, to then working in Public Health and eventually founding Yeastie Boys Beer, a career choice which Stu thought would make much better conversation at dinner parties ;)

We also talk about how Stu got the company started, why he's built it the way he has, why he wants to keep his team small and family-like as well as reveal his big partnership deal which will put Yeastie Boys Beer on shop shelves all over Europe! And ofcourse, we work through our staple BWB questions to find out how the entreprenuer in Stu has dealt with all of the challenges along the way.