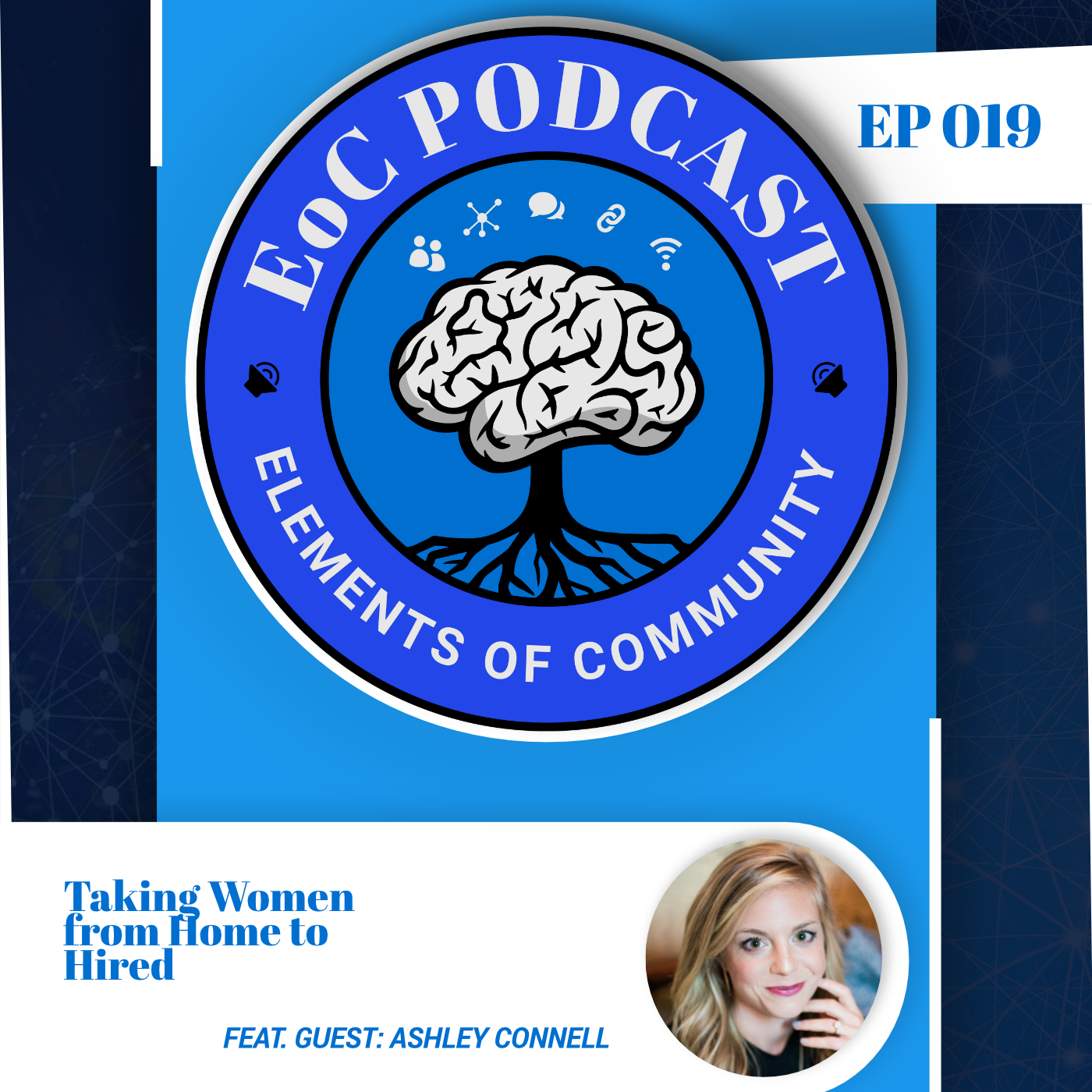 Welcome to Elements of Community!

I am your host, Lucas Root, and in this episode, we are going to talk about how Prowess Community takes women from home to hired. Joining me in this episode is Ashley Connell.

Ashley is the CEO & Founder of Prowess Project—an integrated job, training, and community platform, that exists to help caregiving women return to the workforce.

They have a 70% placement rate to date for women who complete their up-skilling programs, and 94% of their employers agree that they provide a better candidate/role fit, while cutting their hiring and ramp-up time in half. Their job-matching algorithm matches the compatibility of candidates and team based on skills, expertise, and behavior-style compatibility. They shortlist the top candidates best for YOU in as little as 48 hours.

After graduating from The University of Texas at Austin, Ashley spent twelve years in tech marketing and entrepreneurship.

Since women's empowerment has always been  extremely important to Ashley, especially in the workplace. One of the most significant issues that continued to baffle her was, women are pressured to choose between their career and their kids. Why are the only mainstream options – continue a 40+ hour workweek or stop working entirely to become a caretaker?

Out of the frustration that a “gray area” didn’t exist, Prowess Project was born.

In the fall of 2018, Ashley joined an accelerator called Founders Institute, which jolted Prowess Project into existence. The more she spoke to frustrated, overwhelmed business owners and experienced, educated women who want to get back into the workforce, the more she felt compelled to bring this to life. With the support of her friends and family, she’s doing just that.

What Makes a Community Effective?

For Ashley, an effective community should have the gift of shift factor, meaning they must all relate to at least one single factor. Ashley typically sees this factor as most powerful when it's an emotional thing bringing everyone together.

It is not always a positive emotion that brings everyone together. It could be a negative one which ties both individuals together because they have both been through something, but it can usually end in a positive outcome.

If you want to know more about Ashley Connell, you may reach out to her at: