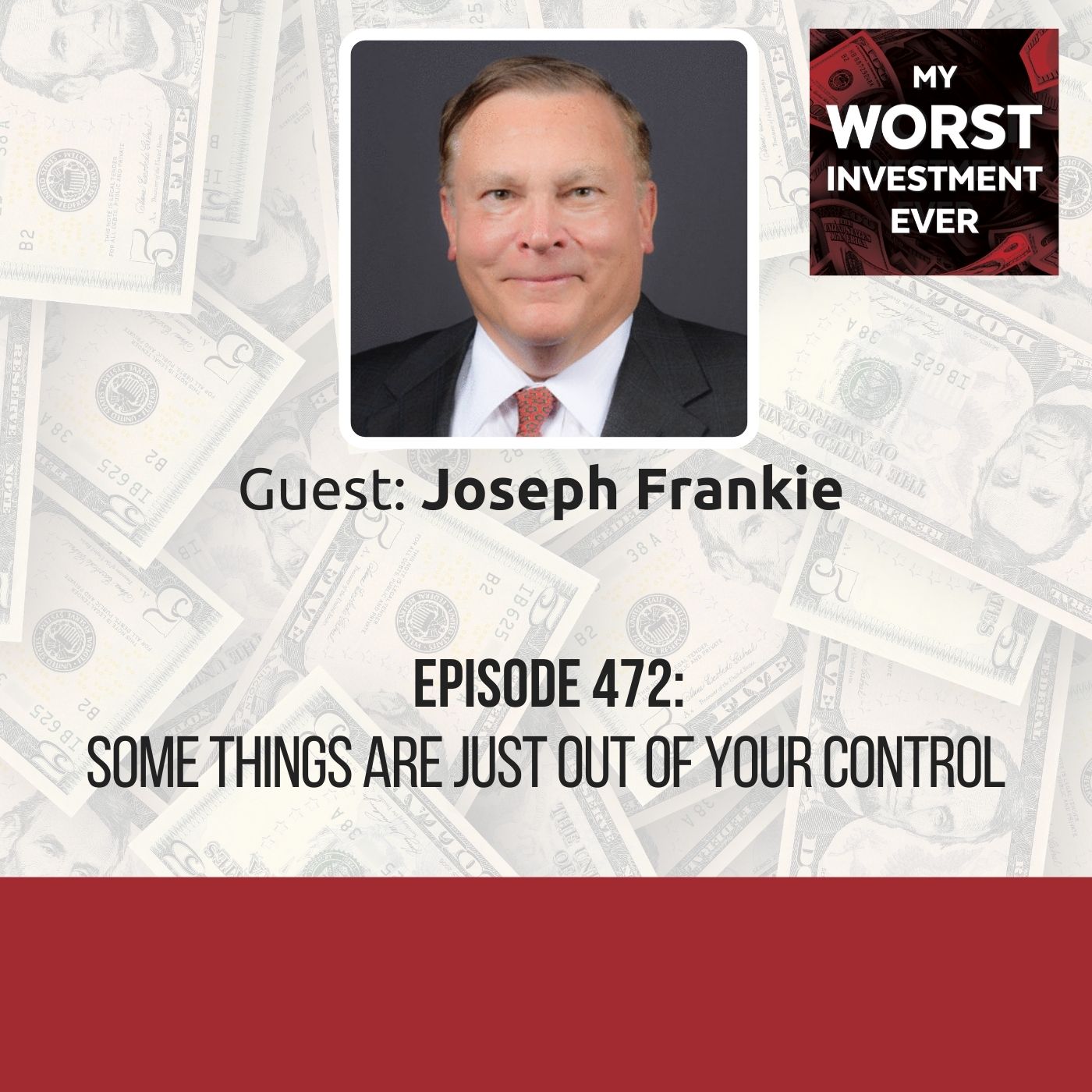 BIO: Joseph Frankie (Joe) is a West Point graduate who had a full multifunctional military career as a warfighter and logistician.

STORY: Joe got into a deal in China that was quite lucrative. However, the financial crisis of 2008 hit and saw him lose everything he’d invested in the deal.

LEARNING: Walk away from a cul-de-sac and get onto something else fast. Failure is not always your fault but how you react to it is your full responsibility.

“Learn when to walk away and do it fast. The sooner you get on to something else, the better you’ll be.”

Joseph Frankie (Joe) is a West Point graduate who had a full multifunctional military career as a warfighter and logistician. Today, he helps leaders build a bridge from where they are now, to where they want to go. Most often, he helps 40+-year-olds figure out what is next. He assists leaders internationally, online.

Joe’s worst investment ever was working on a deal in China. At the time, the Chinese government was trying to get their wastewater treatment infrastructure together. Chinese companies had to bid on this project, and those that made it to the final three had to put up a letter of credit for 33.3 percent. This meant that if any of the three got picked, they executed that letter of credit and were all in.

The Chinese companies’ challenge was that they didn’t have the working capital necessary to run multiple projects. Even though they had the bandwidth and the capability, they ended up having to finish one project, get the return, and then get into another one. Whereas they really could be doing as many as five to 10 projects. This is where Joe came in. Through a cooperative joint venture with two companies, Joe provided the Chinese companies the capital necessary to do multiple ventures.

Then the Lehman Brothers debacle following the financial crisis of 2008 happened. All of the rules on moving money internationally changed overnight. Funds were frozen, decisions took forever to be made, and Joe found himself in a cul-de-sac. He had no option but to walk away and count his losses.

You have to be attuned to the environment. You’re going to deal with volatility, uncertainty, and all of that kind of stuff. The sooner you recognize that you’re in that situation and make your quick assessments and determine what you want to do, the better off you’ll be.

Joe’s number one goal for the next 12 months is to continue promoting his book LinkedIn: The 5-Minute Drill for Executive Networking Success.

“Your LinkedIn profile is your billboard to the world. Don’t sell yourself short.”