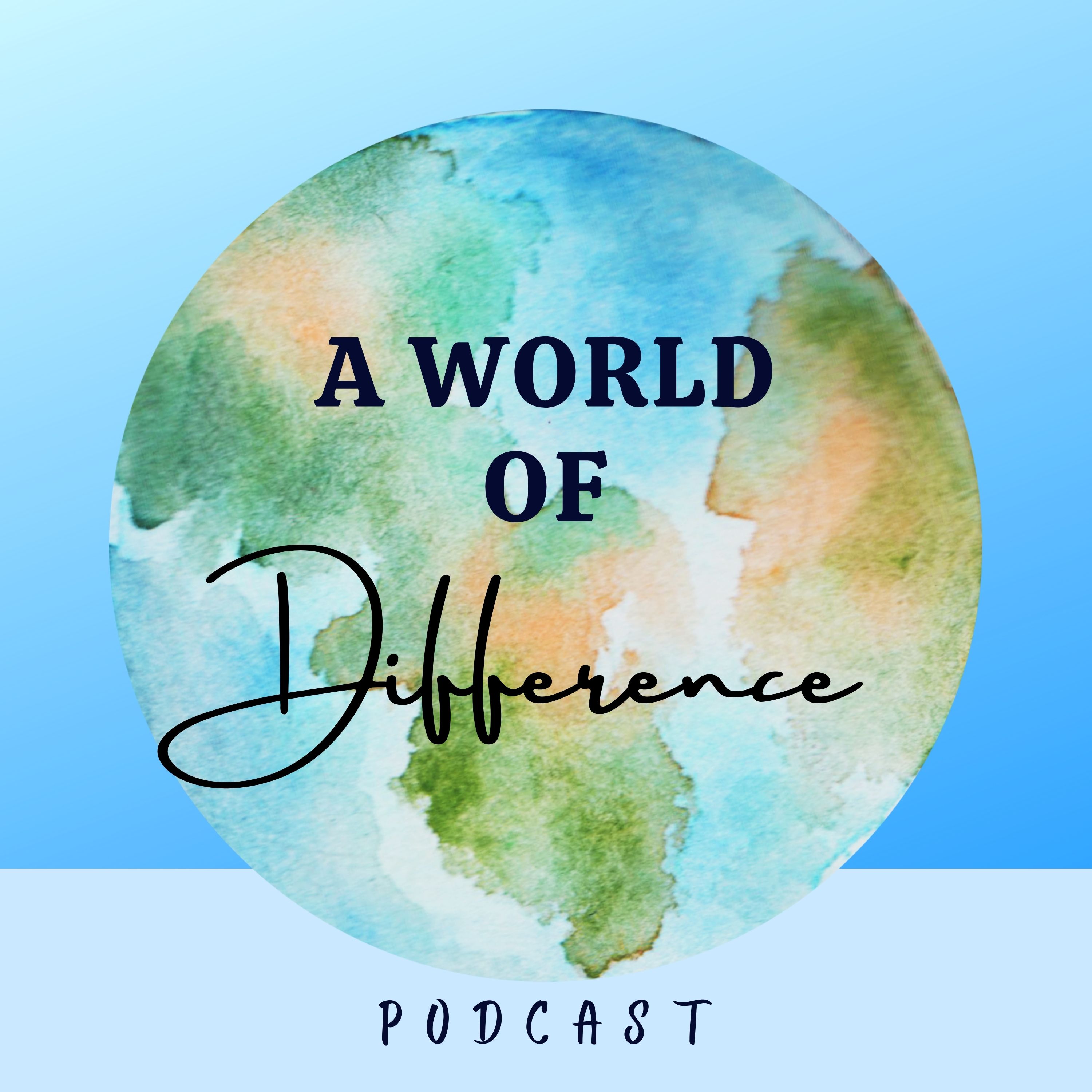 Restore: Jake Sasseville on Retreats, Being CEO of Imiloa Institute, Being the Youngest Host in Late-Night TV History and Life in the Jungles of Costa Rica
Episode 116 • 7th December 2022 • A World of Difference • Lori Adams-Brown
00:00:00 00:48:01
Donate
Donate

Planning a Restorative Retreat in 2023?

Jake Sasseville, CEO of Imiloa Institute, tells us about his restorative retreat center in Costa Rica. (Use PROMO CODE below for discount.)

Jake was born in Lewiston, Maine, Jake's dad was a social worker, and his mother was a substitute teacher. When he was sixteen, he left Maine to travel abroad to France by himself to do a year abroad in high school.

At seventeen, he learned early on about life’s private struggles: his thirteen-year brother died of leukemia and his father was diagnosed with Parkinson’s disease in the same year. As a result, Sasseville has been known to be a sensitive, steadfast and resilient entrepreneur and leader, often choosing pioneering paths instead of roads frequently traveled.

Sasseville is currently the CEO and Founder of Imiloa Institute in Costa Rica. Imiloa is described as a home and experience where human beings are invited to awaken their consciousness in service to themselves and the planet. The Institute hosts 50 retreats a year.

Imiloa’s clients range from yoga teachers to the United Nations and the Beckley Foundation. In addition, the Institute also hosts a variety of retreats on topics from meditation to art, sexuality, epigenetics, and health. Sasseville and his team have transitioned to Imiloa with the goal of attracting hosts that provide an evidence-based or scientific-based approach to transformation.

Besides enjoying an 86% re-booking rate and becoming profitable for the first time in its history fourteen months after Jake stepped in as CEO, Imiloa has become known for its leadership style -- the team is unified behind the philosophy of causing individual and social transformation of the planet by leading from a spirit of service and a posture of learning.

Jake started his career in Maine as one of the youngest magicians admitted to the Society of American Magicians when he was just thirteen. He did hundreds of stage and close-up shows around the United States before graduating high school.

At twenty-one, he created, executive produced, and hosted The Edge with Jake Sasseville, a late-night reality-talk show that debuted February 14, 2008, on ABC after Jimmy Kimmel Live! Jake was the youngest host in late-night TV history for the show he created, and one of the youngest heads of a production company ever. The show pioneered the reality-talk genre, creating a “show within a late-night talk show” and often beat its rival late-night shows in key markets, including Conan O’Brien and Craig Ferguson.

Sasseville was known for his avant-garde approach to innovative business, fortifying public relationships with Ford, Overstock.com, Red Bull, Coca-Cola, P&G, Crocs, and many other brands who creatively funded his projects and accessed his growing “Gen Y” audience.

From 2008-2010, Sasseville created the “Pringles Xtreme Campus Music Tour.” The music toured went to 30 of the largest universities yearly, featuring the next “it” acts in music, including Kanye West, One Republic, Fabulous, and J. Cole, among others.

From 2010-2012 when he was twenty-five, Jake created and launched Late Night Republic, an innovative TV series on Fox and CW and one of the first “crowd-sourced” late-night TV shows. The show enjoyed a 102-week run.

Sasseville developed, executive produced, and co-wrote Delusions of Grandeur for ABC Family. The sitcom, dealing on topics of mental illness and loosely based on Jake’s life, was too much for the Disney-owned network and they canceled the show before it aired its first episode. Delusions went on to be downloaded 2.5 million times on the online network Blip.tv (acquired by Maker Studios).

He was honored by the White House and the Kauffman Foundation in 2012 as one of the most impactful startup entrepreneurs in the United States.

After his house got washed away in Hurricane Sandy, Jake’s life and business took a reset. He retreated to Maine and spent two years (originally supposed to be one month) in Grandma’s Basement. He realized the way he was living life was untenable, often vying for success and ruining valuable relationships along the way. As a result, entered a tweleve-step program of recovery and went through what he now calls a “Dark Night of the Soul.”

At twenty-nine, after two years in Maine and serving alongside the Baha’i Community in his hometown, finding purpose in surrender and taking action instead of hustling, he went on to create The Jake Sasseville Show, a podcast which he famously produced from a Dunkin Donuts parking lot “because grandma didn’t have internet.”

After just twelve episodes, The Jake Sasseville Show grew to a listenership of 250,000 per month in the early days of podcasting. Known for his heartfelt and boisterous conversation-interview style, the show did theme-based shows with grandsons of revolutionaries (Nelson Mandela and Arun Ghandi), authors of best-selling books, Grammy- and Emmy-winning entertainers, and guests that would not normally talk on podcasts (Beyonce’s publicist, Yvette Noel-Schure, and the CEO of Overstock.com, Stormy Simon).

Sasseville moved to Maui and rented out his cottage in his backyard on Airbnb, getting the idea of Imiloa Institute in the main home. As he’s said publicly, Airbnb was paying his living expenses. He used his main home to welcome “friends and friends of friends.”

Sasseville went on to say that he realized that human beings want to feel at home in their transformation.

“Rwandan genocide survivors came to write their book in my home, stage IV cancer patients would come to heal… everyone came to that Maui house.”

In 2018, he and his former business partner (and former CEO of Imiloa) raised $3.5 million for the first Imiloa. The location was Costa Rica for what was envisioned as an “intercontinental institute for the education and advancement of humanity.”

Although his two partners (CEO and COO) stepped down from the company during the pandemic, Jake stepped in as CEO (despite being happy as the company’s CMO) and drove the company to profitability in fourteen months. Imiloa was one of the only hospitality businesses not to shut down or furlough an employee during Covid.

Sasseville lives in Costa Rica, where he enjoys friends, practicing Ashtanga yoga, working closely with Imiloa’s leadership team, traveling to sit in tea ceremonies with mentors and friends, and watching old TV shows from the 50s and 60s.

And Attend any signature retreat at Imiloa, use promo code JAKE to get $200 off just for listening today!

﻿The A World of Difference Podcast is brought to you in partnership with Missio Alliance.

Join us to discuss this episode, previous episodes or for other thoughtful conversations at our Facebook group. We'd love to have you stop by and share your perspective.

Interested in one-on-one or group coaching on how to live a life that makes a difference? Check out: https://www.loriadamsbrown.com/coaching

Please consider sharing this EPS, rating us and giving us a review

Support us at Patreon.com/aworldofdifference for as little as $5 a month and get exclusive audio and free merch!

Do you know the background of the O Holy Night song? Hint: oppression ceasing and slaves being called "brothers" was not popular in the Civil War South of the US. Share your favorite renditions of O Holy Night on our socials in the comments. Here's Lori's Christmas Spotify Playlist (or at least one of them): https://open.spotify.com/playlist/2036VXlzGQkR88sjcKHtNK?si=7vzeN8V0S7mqZpZi6i4TNQ&pt_success=1&nd=1