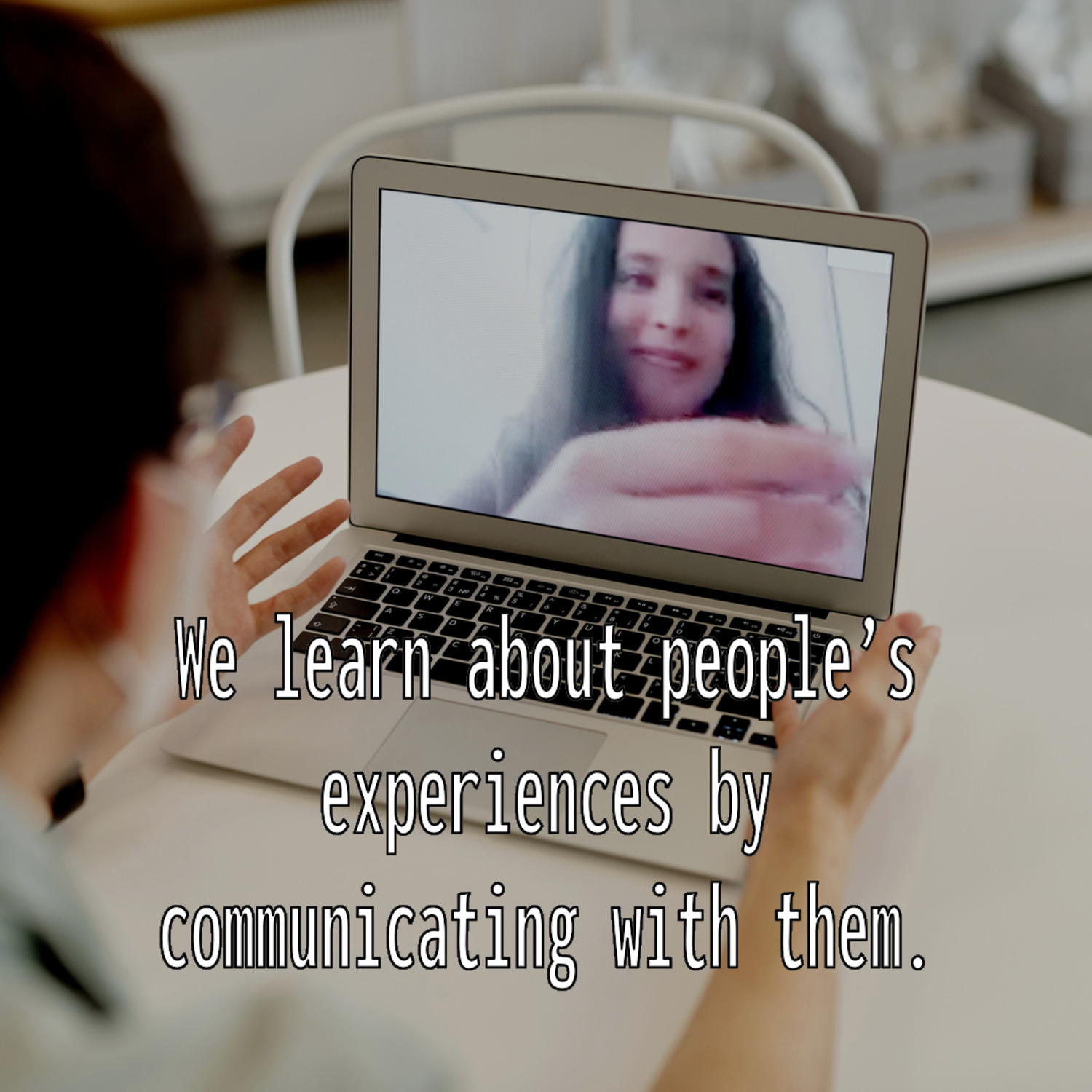 Immersing yourself in someone else’s equally valid reality is harder than it looks, and so we need to routinely test our own assumptions. We need to ask people questions and challenge our own assumptions about what they think or feel or how we attribute their actions. Psychologizing people is a way we can believe we’re listening compassionately, but actually we’re forcing our interpretation or worldview onto another person instead of genuinely listening to their experience.

You may try extremely hard to acknowledge that the other person has an equally valid reality, and do your best to see into that reality and understand it. Yet things get murky when we approach conversations with untested assumptions—especially assumptions we don’t even know we have.

We can be well-intentioned and genuinely mean to understand and connect with someone, but in doing so rely on our own interpretations and mental models instead of listening and perceiving what is right in front of us. When we start making assumptions and theories about other people’s intentions and emotions, we are in dangerous territory and may not realize it. It’s easy to fill in the blanks, to guess at what other people mean, or to assume that their understanding of a concept is identical to ours.

We may not even realize that we’ve jumped to conclusions until we’re rudely confronted with a misunderstanding. It takes humility, patience and an incredibly open mind to realize that other people inhabit completely different worlds, with ways of thinking and being that can be quite alien to us. It’s not only arrogance or a desire to control that makes us assume we know others better than we do—we may make this mistake simply in our eagerness to understand. We can only interpret others according to our own values and past experiences, but this can sometimes mean we miss the mark.

One example of failing to appreciate another person’s reality is the tendency to psychologize. This is a tricky one because it’s hard to spot; those who are emotionally intelligent and self-aware may not realize that they are forcing certain explanations, analyses, or ideas onto others.

Consider Person A who believes themselves to be a good listener and a “people person” as well as having a psychology background and some experience in the helping professions. They encounter Person B, who is less emotionally intelligent, less articulate with expressing their feelings, and less familiar with the popular psychological jargon of the day. In a disagreement, Person A takes issue with Person B’s behavior and says something like this:

“Why won’t you talk to me? You just bottle everything up. You’re so avoidant. If you don’t express yourself, you’ll just blow up one day when it’s too much. You’ve always been like this. It comes from your upbringing—I don’t know, maybe you need to think about why you’re so afraid of opening up. Is it that you don’t trust me? Why?”

From Person A’s point of view, they are being honest and communicative, they are asking questions, they are showing compassionate concern, and they are doing all the right things . . . but can you see the problem? Though they don’t mean to, Person A has made a whole world of assumptions about Person B’s character, their intentions, their thoughts, and their feelings. Not only have they barged in with an intrusive analysis of Person B’s behavior, they have used this to push ahead with advice and suggestions on how to fix themselves.

Person A may in fact be surprised to find that Person B does not appreciate or respond well to being told so directly who they are and what their lives mean. Is it really for Person A to make a definitive pronouncement on Person B’s experience in this way? Isn’t that Person B’s job? In making models and theories about why people behave as they do, we miss the opportunity to just ask them and listen to their answers. We also pathologize them—a label like “avoidant” can do as much damage as a more obvious insult!

Even if—and especially if—we feel we are trying to understand people, we need to be careful that we’re not overstepping and psychologizing them, picking them apart, explaining their experience to them, or assuming we have the right to describe them or their narratives. Really, we need to get out the way so the other person can speak for themselves and put forward their own reality, in their own terms.

Person B: “Uh, I do talk and share my feelings. But you don’t listen. So now I just shut up!”

Another way that this dynamic can play out is when we allow untested assumptions to lead us to unflattering conclusions about other people.

“You always turn down alcohol when I offer it to you, and now you want to leave the party early. Why are you being so antisocial?”

“You’re spending Christmas with her and not me. How could you do that to me? Why would you want to hurt me like that?”

“It’s our third date tonight, and you know what that means.”

“I gave him some constructive feedback last week so that’s obviously why he’s being so cold with me now.”

“I teased her in front all her friends and she yelled at me. She’s probably just embarrassed!”

When you’re in dialogue, as far as possible you need to assume nothing. Especially don’t assume what other people are feeling, what they’re thinking, why they behave as they do, what they want, what their values are, what they think of you, or how they understand the world. Though some people like to imagine they are, nobody is psychic—the only way to know about a person’s reality is to ask them. And the only way to see whether your assumptions are correct is to test them.

Don’t just go with your first instinct. In fact, the most harmful assumptions are those stubborn ones that you don’t even notice yourself holding. Get into the habit of asking yourself, “What’s the evidence?” If you catch yourself going into explanations, interpretations, judgments, and analyses about others, stop and take a close look. What do you one hundred percent know? And what have you just . . . made up?

As we’ve seen, we learn about people’s experiences by communicating with them, not by going deeper into our own heads. Paraphrase, ask clarifying questions, and stay open-minded.