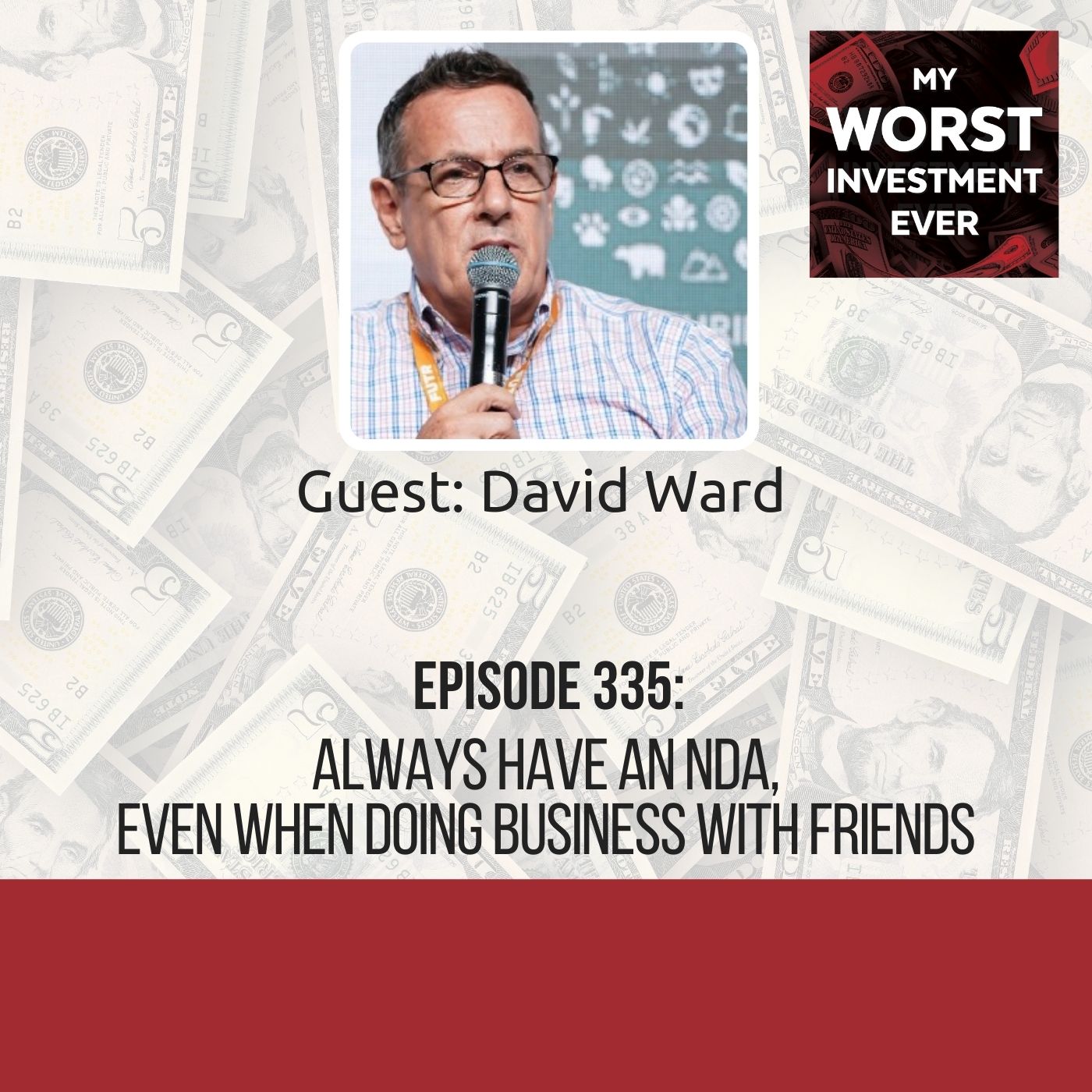 David Ward – Always Have an NDA, Even When Doing Business with Friends

BIO: Rise, fall, rise again. Along the way, get divorced, get turned over by a friend on a new business idea, get ripped off in the sale of another. Get married again, become a father again, build again.

STORY: David had this excellent novel business that he shared with a trusted friend who went on to stab him in the back by taking the idea and making it hers.

LEARNING: Always have an NDA or any other formalized document before sharing your proprietary ideas with anyone. Be careful when doing business with friends; it is best to avoid it altogether. Do not be afraid of competition; keep reinventing yourself to stay ahead.

“Opportunities and choices come along all the time. It depends on the ones we take.”

David was traveling through Asia when he met a friend from London at an airport lounge. They talked, and David shared a business idea with her in the sustainability space he was quite passionate about. His friend expressed interest in doing business with David, but nothing was put on paper at the time. David went ahead and shared the first outline of the business with her.

David and his friend continued talking about the business idea for the next six weeks or so. However, they did not come to any sort of agreement. David was really passionate about starting this business, so he launched his first sustainable products brand in Asia. The launch went well, and he further launched the products in the US market eight months later.

Getting stabbed by his friend

All this while, David was still communicating with his friend who was now in London. David would share many details regarding his newly launched brand as he always hopes to go into business with his friend.

Two years after David launched his product, he saw some details on the internet about his friend that devastated him. David’s friend had taken his idea and started a company on her own. She claimed to have thought up the business idea on her own.

David was not angry that his friend had started a business without him, but because she had taken something that was shared with her in good faith and turned it to hers.

Go into a partnership with your eyes open

If you are going to share something fairly proprietary, make sure that you have an NDA in place. Do not leave it all to trust, especially if you are dealing with friends.

Competition is inevitable and never ends

We are all going to face competition in our business, but the real entrepreneur is the one who keeps fighting to stay ahead of the competition.

NDAs are not a sign of mistrust; they are just a security

When a prospective business partner asks you to sign an NDA, it does not mean that they do not trust you, it is just a formal way of keeping your interests, and theirs protected.

Do not start businesses with your friends because your relationship with them can suffer if something goes wrong. If you go into business with your friends, do not be afraid of setting things out on paper. Be clear about who has proprietary over the idea and ensure you protect yourself through an NDA or other formalized documents that give clarity to whose role is what.

David’s number one goal for the next 12 months is to see his products launched into at least four more markets, including the US and the UK. David’s business objective is to reduce the use of as much plastic as possible around the world. This means entering new markets and extending reach to as many people as possible so that they have the choice of sustainable, lower impacting alternatives.

“You can’t keep a good person down. They will fall to their knees, but they will get back up again.”