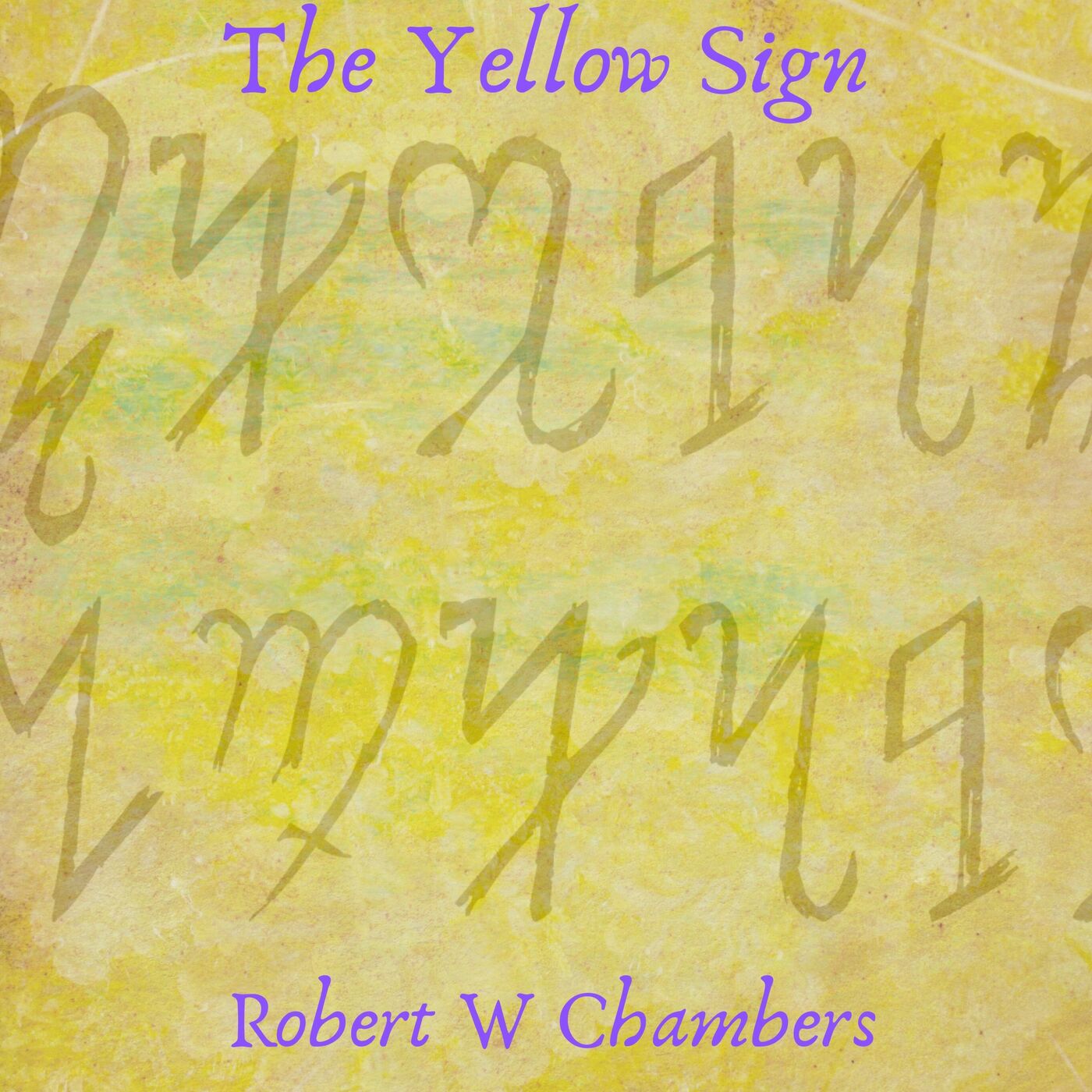 He was born to a well-off family; his father was a corporate lawyer with his own firm which did very well.

Robert’s early love was art and of course this is evident in the story, The Yellow Sign. He first studied art in New York and then aged 21 went to Paris to study at the Ecole des Beaux Arts. When he returned to New York, he sold his illustrations to well-known magazines such as Vogue, but in 1887, while he was in Munich, Germany, he completed his first novel and then he began writing weird tales.

At that time, the most prominent art movement was the Art Nouveau with its lines and curls drawn from plants and nature. His best known collection is The King in Yellow, from which this story The Yellow Sign, is drawn.

This idea of a book that sends you mad is found in Lovecraft with his Necromicon but also in a story that I will read out one day, about Michael Scott the Scottish Wizard from the 12th Century whose book was kept in Wolsty Castle’s library suspended on an iron spike for fear of the occult knowledge it contained.

And of course, books have been banned, notably by the Catholic Church with its famous Index, because of the dangerous information they are thought to contain.

Chambers was admired by Lovecraft and perhaps because of that, has not been forgotten like some of his contemporaries.

This story: The Yellow Sign, was one of my favourites. In reviews elsewhere they say that Tessie was a prostitute. She was not a prostitute: she was a nude model, which is not the same thing! Though she would have been looked down on by polite society in New York. Though she loves the painter Mr Scott, they can never marry because of her status, but she can be his mistress. I didn’t find Scott an unsympathetic character.

I am not sure how much the story needed the love interest in fact, and it was when Chambers was exploring that theme that my interest flagged a little.

First of all, we have the horrible watcher, and then the gruesome details from the bell boy that confirm his unnaturalness. There is a great comparison with a soft fat coffin worm, that is quite horrid.

The occult sign that Tessie finds and gives to Scott seems destined for him and in fact there is a sense on an inexorable destiny that cannot be avoided.

Some evil intelligence has planned all of this — brought the Yellow Sign to Scott and planted the King in Yellow Book in his library.

And then, as the end comes, I think the approach of the King in Yellow — if that is who it is — is done very well. Very sensory and paced like a slow drum beat as the thing comes ever closer.

So, this is a weird tale and a horror story, but I did say that I would be reading weird tales as well as specifically ghost stories.

Let me know what you think!

Music is by the marvellous