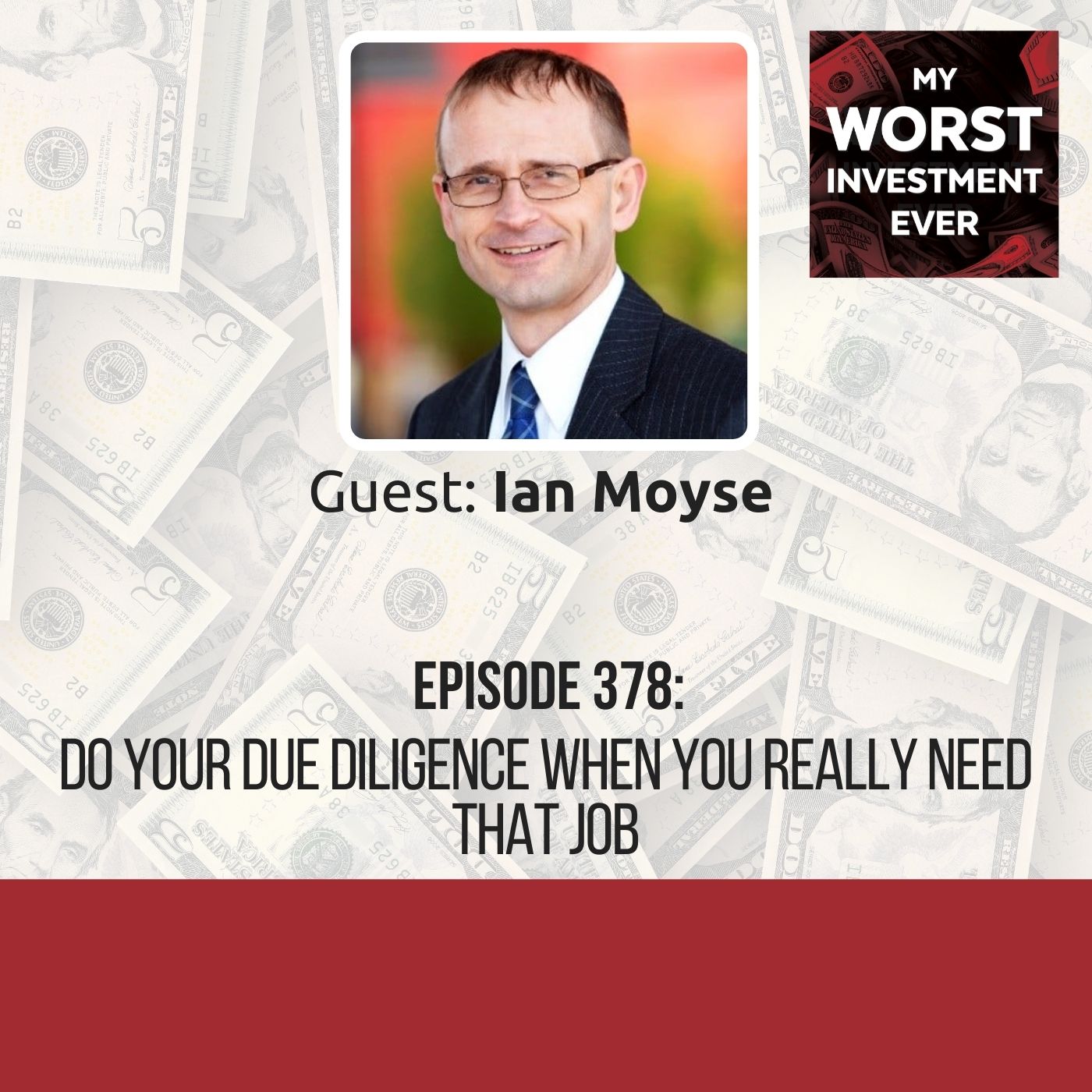 BIO: Ian Moyse is the Chief Revenue Officer at OneUp Sales. He is a decorated and numerously awarded sales director.

STORY: A few years ago, Ian was between jobs, so when the first opportunity came knocking, he accepted it without doing any due diligence. The company turned out to be toxic, and he had to leave after nine months only.

LEARNING: Do your due diligence to make sure that you accept the job that is right for you. Do not let your vulnerability blind you to accepting just any opportunity that comes along.

“When you are desperate for a job, that’s when you should do more due diligence than you normally would.”

Ian Moyse, Chief Revenue Officer at OneUp Sales, has sat on the boards of a number of industry bodies, such as FAST (Federation Against Software Theft), CIF (Cloud Industry Forum), and Eurocloud.

He was awarded the accolade of BESMA UK Sales Director of the year and was listed in the top 50 Sales Keynote speakers by Top Sales World.

Ian was rated #1 Cloud influencer Onalytica and has been recognized as a leading cloud Blogger and is utilized by a range of global brands as a Cloud Computing thought leader.

A number of years ago, Ian was in the unfortunate circumstance of being between jobs. Even though he had a bit of money saved to cushion him for some time, he did not want to be jobless for too long.

So Ian was interviewing and happened to find an opportunity. It was not the perfect job, but he could make it work.

Great on the face value

The job opportunity was in a family business that looked great at face value. Its revenue had been stagnant for a few years, but Ian was excited at the chance to get onboard and reignite the business.

Doing what he is good at

Ian took the role because he needed a job. He built a team of about nine people and got to work. He identified all the changes that the company needed and was ready to implement them once the company owners approved them.

The cracks start to show

It was at this point that Ian started to realize there were some cracks in the company. He found out that there was dysfunction and politics in the family that spilled over to the business. This made it so difficult for him to change things. His ideas would get opposed all the time just because family members could not get along. It was very frustrating.

The culture in the business was also getting quite toxic. The people Ian had hired started leaving the company as they could not handle the toxic environment anymore. Ian also quit after nine months at the company.

Failed to do his due diligence

The worst investment mistake that Ian made was investing his time in a job without doing enough diligence. This caused him to take on a job that was not a good fit for him.

Your desperate need for an income may cause you to put up with stuff, but you must think very carefully about a role you’re going to take. You don’t want to be in a toxic environment which will affect your mental health, the people around you, and your home, or put you in a position where you need to look for another job.

When in desperate need of a job, realize your vulnerability at that time. Use that vulnerability as a tool to put a little bit more thought into what you’re committing to. This is very important because vulnerability could put you in a position where you could be willing to overlook stuff and not do your due diligence because you can’t afford to say no to a job offer.

When you are desperate for a job, do more diligence than you would normally. The beauty is that there’s more opportunity to do it now than ever before because of the web. Research companies that you are interested in before accepting job offers. Look at customer and employee reviews to get an idea of what you will be getting yourself into.

Ian’s number one goal for the next 12 months is to continue learning from his company and the people around him.

“When looking for a job, work extremely hard at it as if that is your job, and you’re being paid to do it, and it will pay dividends.”