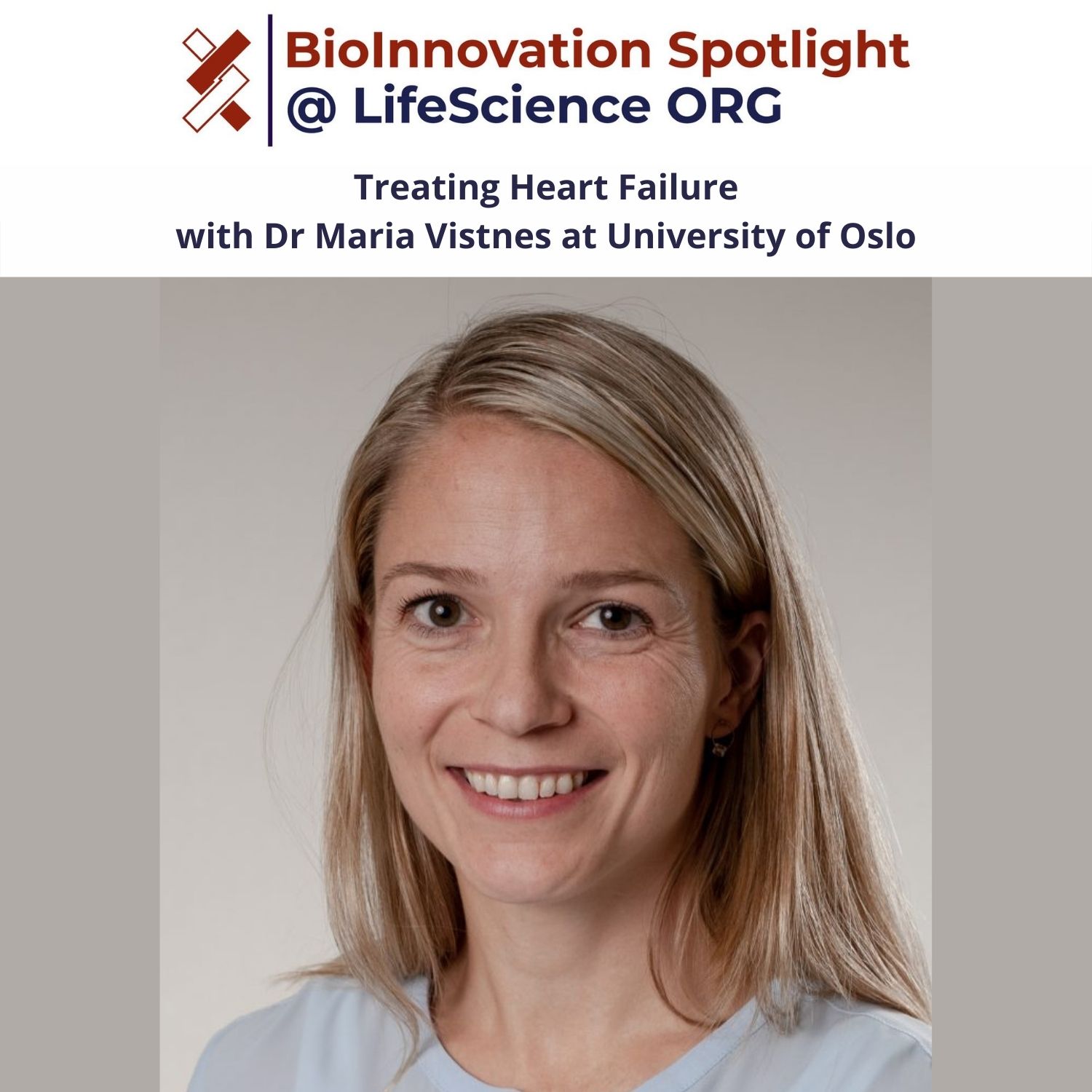 This week on BioInnovation Spotlight I am joined by Dr Maria Vistnes who is based at the University of Oslo and Oslo University Hospital, and whose work is supported by SPARK Norway. Maria has developed a novel concept for treating heart failure based on enzyme inhibition that has a potential first-in-class use of drugs modulating the extracellular matrix.

Heart failure is the end-stage of all types of heart disease and is a result of cardiac remodeling, which indicates structural changes of the heart muscle. There are 23 million patients living with heart failure, characterised by impaired pumping and/or relaxation of the heart.

In recent years, it has become clear that breakdown of the proteins in the space between the heart cells, called extracellular matrix (ECM), contribute to heart failure development. In failing rat and human hearts, Maria's group has found increased activity of an enzyme and they believe that inhibition of this enzyme can address the need for improved therapies in the whole heart failure population.