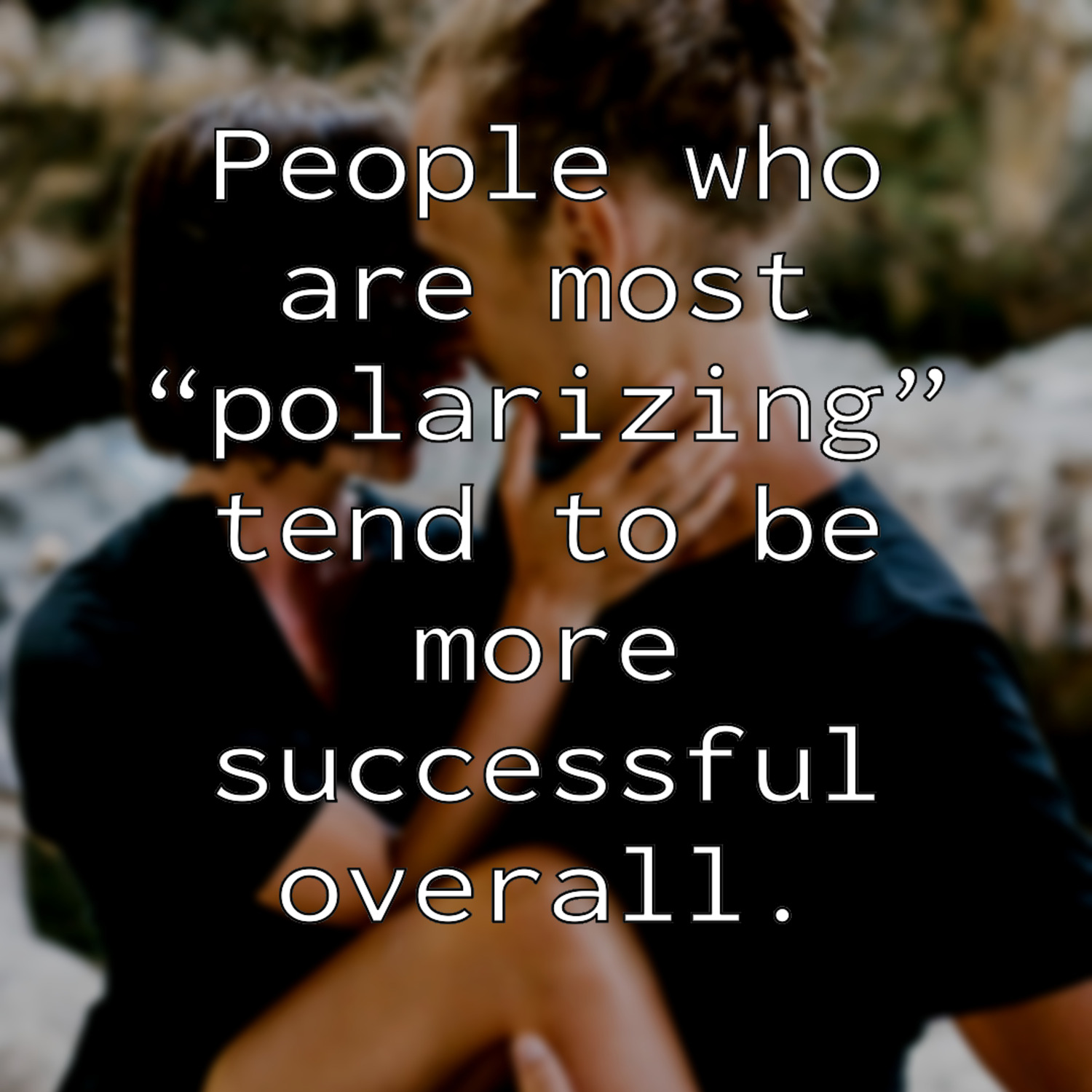 Finally, the deeper the love, the deeper the hate. Love and hate are closer than you think because they are both intense emotions. Work with love and hate in your own “chase” by leading with your polarizing attributes rather than aiming to please everyone in the boring middle.

What shall we make of these findings?

The authors of the study examined the idea of betrayal as a third variable and found that it was a sense of betrayal that usually brought about the feeling of hate in a relationship where there was once love. If someone you loved betrayed you, the feeling of hate that emerged would be in proportion to the degree of your prior love. This makes intuitive sense. If you open up and trust someone, become intimate with them, and then feel that intimacy and trust betrayed, you are likely far more hurt by the experience than if the person had merely been someone you were lukewarm about. It’s kind of impossible to full-on hate someone who you never had any other strong feelings for before, right?

So, perhaps studies like these hint at a different interpretation, i.e., that love and hate are not really opposites at all. Instead, love and hate have a lot in common in the fact that they are both intense emotions liable to emerge in the context of, and as a consequence of, intimate personal relationships. Neither love nor hate are associated with acquaintances, though. The most you’ll ever feel is mild irritation or being a little pleased, but this is not the realm of strong emotion.

Let’s imagine what we can do with this insight and how to put it into context with the “chase.” Have you ever noticed in many romance stories that the heroine often starts out actively loathing the main love interest? Sometimes, a pair decidedly rub one another up the wrong way . . . before miraculously finding themselves rubbing one another the right way. Why?

That’s because strong emotion—even if it’s hate or annoyance—is closer to love than it is to indifference.

Now, this isn’t to say that the way to someone’s heart is to make them hate you first, but rather that it’s better to think in terms of general emotional arousal rather than love or hate. The fact is, the heroine from the romance stories may say she hates the hero, but she is spending all her time thinking about him, talking about him, and anticipating what he’ll do next. In this sense, it almost doesn’t matter that she finds him irritating!

The lesson here is that if passion, attraction, and chemistry are your goal, strong emotions are always preferable to limp, lukewarm agreement or indifference. An enormous study done by online dating giant OkCupid analyzed tons of data from their users and found something interesting—that the people who were most “polarizing” tended to be more successful overall. This means that those profiles that elicited strong feelings of both love and hate in people ended up working better than those straight-down-the-middle, inoffensive, and average profiles.

Intuitively, you’d assume that being average would mean you’d appeal to the widest range of people, but the truth is that you’d only ever elicit a lukewarm interest. Those people who risked sharing polarizing opinions (i.e., “love it or hate it”) were more successful, because their approach allowed them to identify those people that were really, really into their unique quirks.

In other words, being “nice” is fine, but you may want to lead with weird, unique, or edgy instead. Boldly share those opinions that help sift out people—there will be some who will positively hate what you’re sharing, but then again there will be others who will seriously love it. And this is likely to be more successful than merely trying to appeal to everyone by averaging out somewhere boring in the middle.

As an example, consider a slim, nerdy guy with lanky looks. He could try to compensate for this by bulking up, dressing like everyone else, and doing what he can to appeal to women who don’t really like skinny guys. Or he could put his skinniness front and center. He could dress to emphasize his thinness, play up his nerdy persona, and own it unabashedly, knowing that there are some women out there who go weak in the knees for it. His approach is polarizing—many (if not most) women will hate his look. But the few who don’t? They’ll be chasing him. And the only way he can identify those women is to broadcast his uniqueness loud and clear, not try to cover it up. It’s a great way of looking at the “chase”—i.e., to completely narrow your focus and run in the race that you are already a winner in.