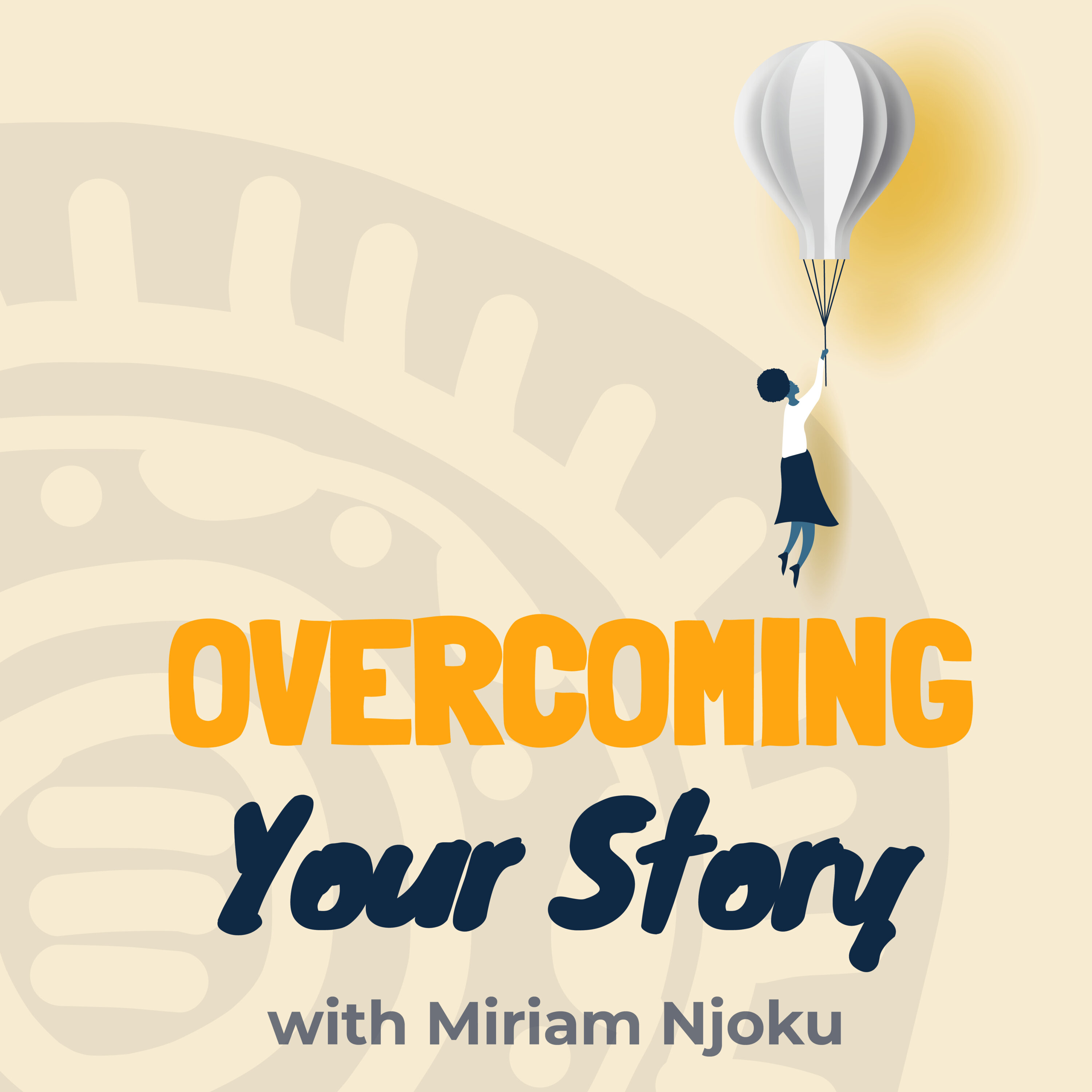 Miriam is a Certified Trauma Informed Coach, an African, a mom of three daughters, a blogger and writer.  After graduating from the London School of Economics, she built her international career in the fields of banking and international development, working for organisations such as the World Economic Forum, Lombard Odier Private Bank, JP Morgan, the Mastercard Foundation and the United Nations. She now uses her passion for psychology and dedicates her time to coaching others to free themselves from the burden of childhood trauma.  Her wish to help other women connect to their inner wisdom, love themselves and follow their passion. In her effort to destigmatize mental health and normalize mental health conversations in black communities, she wrote her memoir about surviving childhood and finding her worth.

Hi, everyone, I hope you're all doing well. I had an experience two days ago, that just got me thinking about implicit bias. It's something I've been confronted with since I moved to the West as a teenager from Cameroon. And two days ago, I had this experience that really got me thinking about it. Because to start with, everybody has implicit bias as a human being, we all have biases, and implicit biases, subconscious, so it's not in the conscious mind. So it means that somebody can have good intentions, and still behave in harmful ways. And when it comes to race, so someone can not be a racist, and still behave in racist ways because of implicit bias, or someone who, who is for equity between men and women still end up, for example, not trusting women in the workplace, because because of implicit bias, they cannot take in feedback from women. Or if someone associates, if you live in a country in Europe, where black people are associated to foreigners. Someone will not accept that a black person is of the nationality of the country they live in, just because in their mind, when you're black in that country, you're necessarily a foreigner. So that's when you have questions like, yeah, where do you come from? When do you where do you really come from? When you say for example, let's say you live in Switzerland, where do you come from? I come from Sita. But where do you really come from? Because in that person's mind, you you cannot be from Switzerland that comes from so right now I live in, in Quebec, in Gatineau in Canada. So my experience with implicit bias happened two days ago, I needed a specialist medical exam. So I went to my doctor, and I was given a referral. And I called around with difficulty to find an appointment. And I sent my referral to a clinic here locally. And then they caught me on and give me an appointment. So I was very excited. So I got the call, giving me the appointment for the next week Wednesday. I wrote everything down. 9:15am. So the woman suggested it 815 I said, No, I cannot because I have three children. I cannot be I cannot be at the clinic at the time. On Monday, three days later, she called again and confirm the appointment, come the day of the appointment, we wake up, prepare the kids, bring them to school to daycare, I set my Google Maps, I've just recently started driving again. So I set my Google map because I have never been to that part of our town. And then I said, I get on the way and then you know, the driving is good. Sun is shining. I'm happy that the day of the appointment is has arrived. I get there. And then it's like 907 I'm sorry, Oh, perfect. Just on time. I, you know, I go down. It wasn't like in the basement, I go down, clean my hands and then I get in I go to the counter and I meet the receptionist and then I give my name and then I say I have an appointment at 915 That's when things just went wrong. Because she just got super upset and told me my appointment was at 815 and then I did I missed it. I said no, it was at 915 I told the doctor I couldn't come at 815 I wrote it down I took out my phone I showed her she said no no no. She was adamant she was like really cross very tight, very dry and the way she was talking to me and that it's it was at 815 The doctor cannot accommodate me now. There are many other patients to see I have to leave and then the doctor will call me the next day Sunday I'm set a different appointment I was just like no it's not true. She called on Monday I cannot I cannot make that mistake twice. She was like no you have to leave you missed your appointment. You should have been there when we set an appointment time you have to come on time. Oh my God, I don't know like the me before would have would have said okay, I would have left on court. I don't know a friend and be ranting so angry. No, I just I didn't expect that I burst into tears. I

started crying. The other she her colleague was there, they were taken aback even I just I just sat down the chair. I was just crying. A total it's not okay. I cannot just leave I, you know, I was I wanted the exam done today and so she she wouldn't listen it and I was crying. They said, Okay, okay, there we go check with the doctor. So they went and then the doctor came out and told me, yeah, your appointment was at 815 You should have been here 815 It's exceptional, we are going to do the exam for you, but it's exceptional. Next time you be on time. And then I said, okay, okay. Okay. You know, and then that's okay, bring out your health card. So I take out my handcart and I go back to the counter. So I stand up and I go back to the counter to the woman. And then she says, Okay, let me check your phone number is your phone number five one. I'm like, No, that's not my phone number. And then the page she had in front of her I looked, and it had a foreign name on it. I wouldn't say from where but yeah, it had a foreign name. It was not like a Quebec woman because the Aisha something. And then all of a sudden, she starts panicking. She starts saying in French, oh, my God, oh, my God, oh, my God, oh, my God, oh, my God, oh, my God, oh, my God. And then she takes the 915 appointment, and she looks on it. And it's, it's my name. That is she said, your phone number. This this this? I'm like, Yeah, that's me. She was oh my god, I'm so sorry. She was shaking. She was you know, and then I know, she was really sorry. I know, I could see when when I left after. And but the thing is when she saw me coming. And even though I gave her my name, she had already convinced myself when she saw me at the door, that with that name, with the name she had on her paper, I could only be that person she didn't think that we could be to. So he could only be that person, that 815 person, you know. So even though I gave her my name and everything, she she didn't listen to it, because my name is very Aisha and Miriam. That's quite different. So she, she had convinced herself, I was that 815 appointment. So that's what implicit biases this has. This doesn't have much consequence. But still, if I had left that office, I was just so frustrated, because I was sure I didn't make a mistake. And I didn't know where the mistake came from. That's why I was crying. I was not crying for them to accommodate me. I was crying because it was an exam that was stressful. And I waited for that day to come and I go there, I organize myself, I go there. And then I get that kind of like a very harsh welcome. And, and so when I get into the office, the doctor tells me, I'm very sorry, my colleague convinced herself that you're the age 15 appointment. And that's what implicit bias is I just listened to what she said. And then I'm like, Yeah, I didn't say anything to her. But in my mouth, like, yeah, that's what it is. She called she she convinced herself that I was at 815 appointment, but based on what on subconscious thoughts that she herself, is unaware of because encored implicit bias on conscious thought thoughts we have about people, it means that there are some generalizations we have about people that we don't even know we have them and they drive our behavior. I could have missed that appointment. I could, I was right on time, everything. Um, I could have missed it because I could have left if I had listened to her harsh tone, I could have left that office and then you know, I would be on my way driving, I wouldn't pick up the phone and then when I would get home I would get messages that Oh, I'm sorry, this appointment you it was your appointment, you see what I mean? But when we think of that in the workplace, you know, when when we think of promotions and things like that these things come and influence people. Because bias we have about certain groups, like certain minority groups might might make us feel more comfortable recognize ourselves more in people who look like us. And this we have to check ourselves. I don't know the the solution like the steps we can all do as humans to check what kind of biases we have. But

yeah, they're there and they drive behavior. When I left the office, the woman was still upset. JC, I'm not upset at her. I know that she's really very sorry. But I just felt that it was a really a case of implicit bias. And yeah, an example of it that could get us all thinking. But this is something I've been confronted with. As I said, since I moved to Europe, when I was a teenager, where people behave in ways that are harmful, and they think they're actually being helpful, so thank you for listening, and see you next time.