Mark Roberts is the owner of Roberts Properties, Inc, Managing Partner of Total True Automotive dba Schertz Auto Service, Craftsman Building and Renovation LLC. He is also partnered with a Local Custom Home builder. Mark is also the former owner of Auto Collision Works. He grew up in 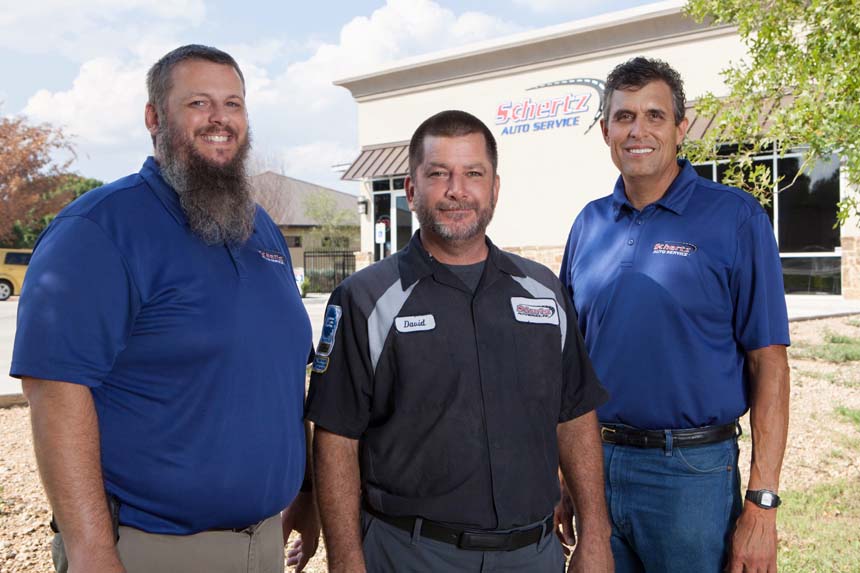 Schertz and has been a resident since 1969.

Mark and his wife Lori have been married for 30 years and they have 2 children Ashley 28 who is a Texas A&M Graduate working as Speech Pathologist, and Justin 23 who is a University of Incarnate Word Graduate working in the Fire Protection Industry.

Mark has been involved in the Automotive Industry for over 30 years and has served various positions within the auto repair industry. Mark came to the Collision Repair Industry from the computer mainframe industry and started out as a technician performing collision repairs on autos and trucks.  During these early years, he began attending Inter-Industry Conference’s on Auto Collision Repair (I-CAR) classes in the evening to further his knowledge and skills.  Given his extensive electronics experience in the computer industry, he began teaching automotive electronics through I-CAR to other technicians in the industry.  During this time he discovered a need for specialists that had a better understanding of electronics related to the collision repair industry.

In 1995, Mark started a company called Airbag Service that specialized in supplemental restraint systems and collision-related electrical damage repairs.  Airbag Service provided service for approximately three hundred repair facilities throughout San Antonio and Austin.  In late 1998, Mark sold Airbag Service during the early start of consolidation in the collision repair industry and after several months of vacationing, Mark accepted an offer to work for a large Collision Repair Consolidator. He worked for them for a little over two years and decided he wanted to pursue opening a new independent repair facility in his hometown. In 2001, Mark purchased some land and built a new collision repair facility called Auto Collision Works. The mission was not to be the biggest collision repair facility but to be a first-class facility providing honest and reasonable repairs for local residents.  This approach worked well, and in 2004 he opened Schertz Auto Service, Inc. to provide general automotive maintenance and service to local residents using the same vision and mission set out for Auto Collision Works.

Mark constructed a new Auto Repair facility for Schertz Auto Service in 2017 and sold the Collison Repair Business in May 2017. Mark is also an active partner in custom home building as well as the general contracting company primarily working in the hurricane devastated areas along the Texas coastline. Mark and Lori attend Crosspoint Fellowship Church in Schertz.  Mark enjoys spending time with his family, reading, hunting, boating, wakeboarding, tinkering with cars, anything mechanical for that matter and is very involved in church activities.

Mark has been active and involved in community affairs and local events. He has been a contributor to many causes in and around the City of Schertz. Some of the areas of involvement have been: