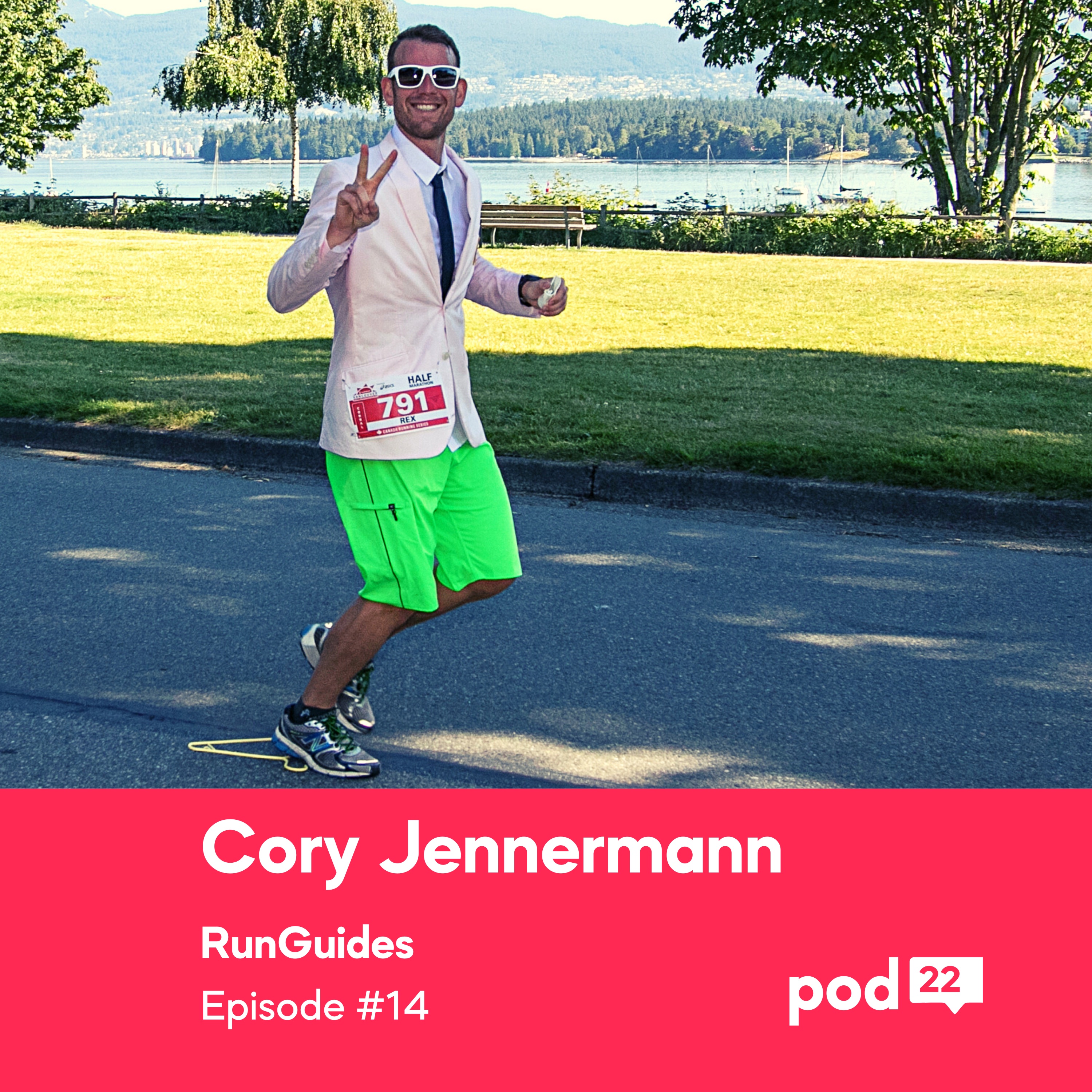 Cory Jennermann is a runner, skier, outdoor enthusiast, and possibly the funniest person you might run into during a marathon. He is the co-Founder and Managing Partner of RunGuides Media, a platform that helps runners find races and clubs near them. RunGuides recently launched the Virtual Baton App to help organizations produce fun virtual team challenges and virtual relays.

Cory was born in Cold Lake Alberta. Because his dad was a dentist in the military, he moved a lot during his childhood, to Calgary, North Bay, and Germany until finally settling on Vancouver Island. He studied business at the University of Victoria, where he met his co-Founder Brendan Eamer, and where he joined his first 10k team.

Running quickly became an interest and a passion after graduating. Cory would eventually participate in marathons, an Iron Man and various Trail races. A friend once asked him which races he should look for - that sparked Cory’s interest, and he decided to create a directory for events in North America. Today, RunGuides offers information on thousands of races across North America, and ressources for runners who want to prepare and participate in these events. Never quitting, Cory and Brendan launched the Virtual Baton App after the pandemic hit, and their next big event is the Las Vegas to Tijuana. You can expect to start the race with a fanny pack of goodies, but with a craving for tacos.

Want to talk about running or partnerships with Cory? You can email him at cory@runguides.com.