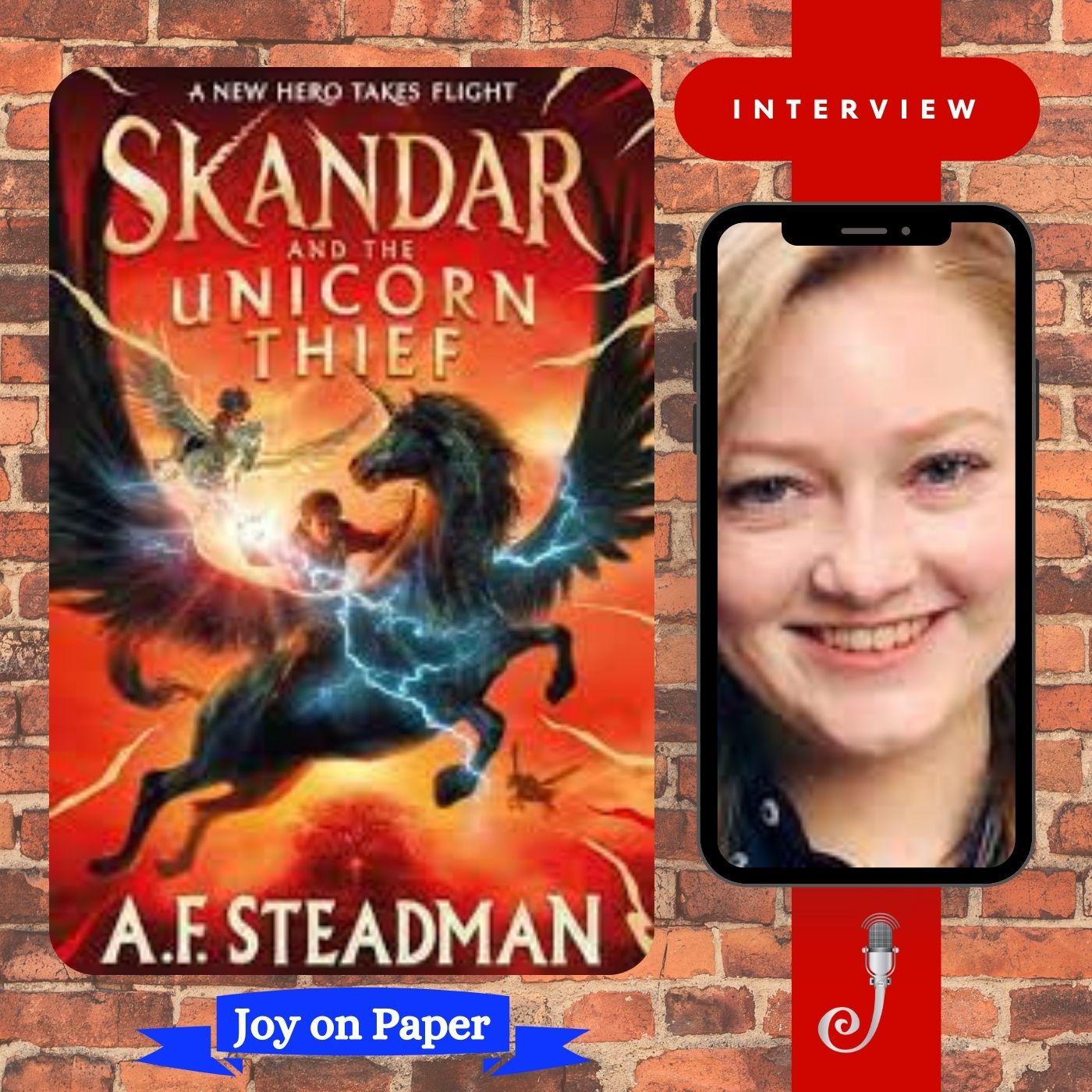 When fantasy sends you soaring on the back of a magical unicorn that can turn vicious, you are in for a ride of a lifetime. This Middle Grade debut is for fans of Percy Jackson and all the great epics out there that put a new twist to creatures with unexpected abilities...

I always get a kick out of talking to someone in England -- so it was a real treat to chat with AF Steadman about her bestselling book -- Skandar and the Unicorn Thief.

When I say bestselling, I mean really big -- major big! Already translated in 46 languages -- and Annabel has a film deal!

The roll out for her book has been amazing in the publishing world. They have pulled out all the stops for this story of Skandar Smith, a 13-year old Mainlander who wants to pass an exam to go to a magical island to become a unicorn rider. AF Steadman has created an Island that is totally believable -- unicorns are hatched from eggs and come alive only when their intended rider brings them to life by a touch. The unicorns have their own customs and rules.

These unicorns are not of the rainbow variety -- in a brilliant twist they are rather bloodthirsty creatures. There's a great deal of chaos and some volatile situations to keep readers turning the pages.

It is a Middle Grade book that will have kids fascinated by Skandar's unicorn, who is named Scoundrel's Luck, and the mysterious figure who arrives at midnight, bearing a message that the Island is in peril and Skandar must answer its call. They won't have to wait long -- Book 2 will come out in April 2023.

For me it was fun to talk about Cambridge -- where Annabel studied law. She might never become a barrister, but she will certainly have lots of contracts to read now that she has a film deal -- and, I predict, a theme park deal in the future.

A.F. Steadman is now on the heals of another alphabet author: JK! And the great thing is that Annabel has promised to invite me to the opening of her theme park unicorn ride. It's going to be fun!

Oh, and it was fun to discover that she is an Arsenal fan. So we are frenemies because I am a Spurs fan.