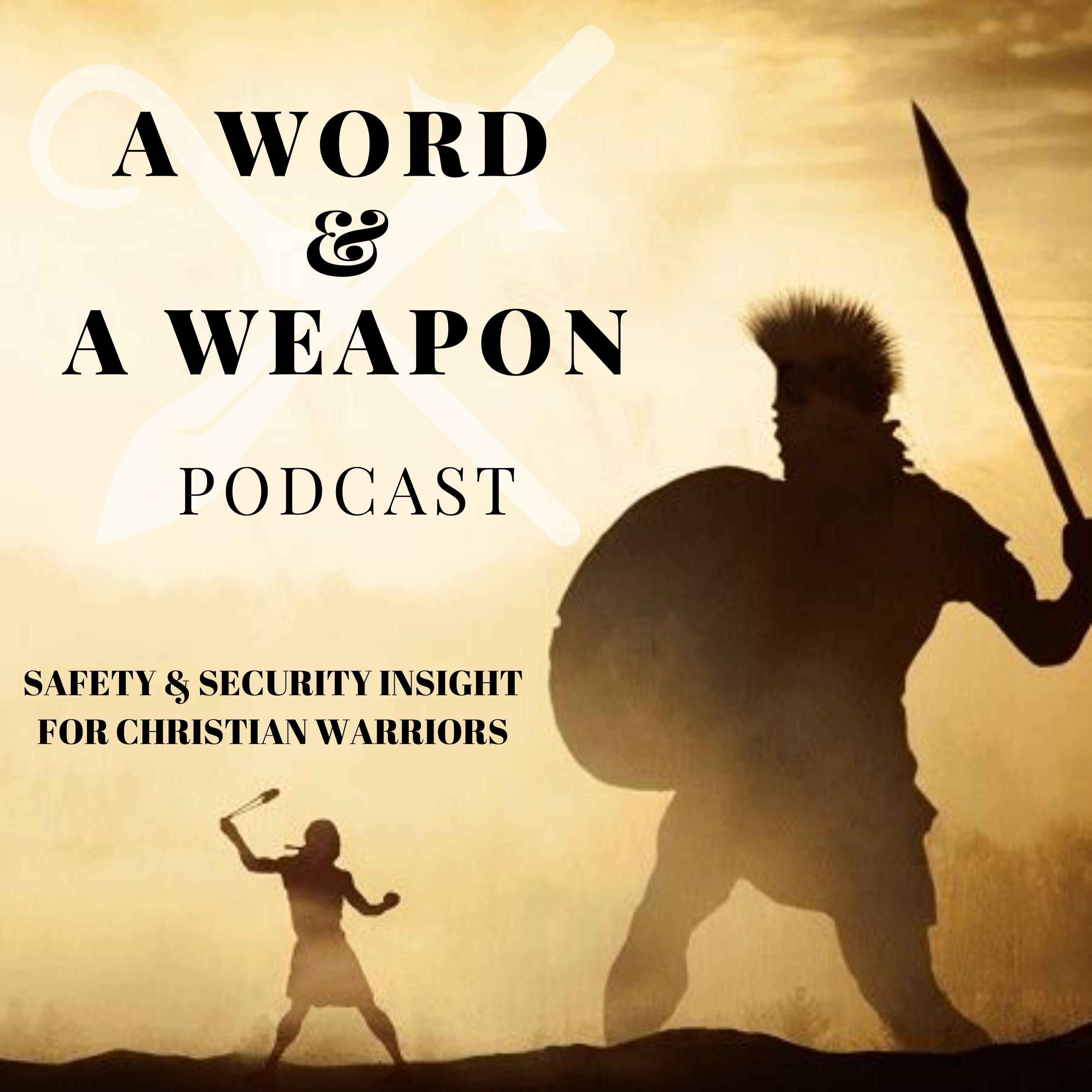 According to the My Faith Votes website - 90 million Christians in America are eligible to vote, but as many as 40 million fail to vote in Presidential election cycles. And 15 million are not even registered to vote.

If I can put it more simply – It’s time for us as Christians to stop being marginalized, ...pushed back, ....pushed around, ........ silenced, and disregarded

Message translation –I’m paraphrasing of course ... but it’s in there

It’s not lack of:

I want you to focus on two words: DESTROYED and KNOWLDEGE

DESTROYED from the Hebrew – to be dumb – nothing to do with how smart you are – it means you can’t speak or you’re silent (to not speak); to fail or perish; be brought to silence – in other words you can speak but you’ve been brought to silence.

So understanding this I want to convert that passage to today’s language – or the Guy Beveridge version based on the days and times that we are currently living in:

My people are failing because they have been brought to silence (we can speak, we just don’t speak) from (or because of) a lack of discernment and an ability to recognize, understand and see with their spiritual eyes ..... (bring in Ecclesiastes 3:1) ...the season and time they are living in.

So, as Christians we are choosing or allowing ourselves to be marginalized and pushed back and

silenced because of our lack of knowledge – and our unwillingness to speak up.

And we need to make sure we are using the gifts and talents that He gave us to combat evil and unrighteousness.

And we need to make sure we are using the gifts and talents that He gave us to combat evil and unrighteousness.

Listen to what the Bible tells us about talents .... Matthew 25:14-19 " For the kingdom of heaven is like a man traveling to a far country, who called his own servants and delivered his goods to them. 15 "And to one he gave five talents, to another two, and to another one, to each according to his own ability; and immediately he went on a journey. 16 "Then he who had received the five talents went and traded with them, and made another five talents. 17 "And likewise he who had received two gained two more also. 18 "But he who had received one went and dug in the ground, and hid his lord's money. 19 "After a long time the lord of those servants came and settled accounts with them.

Now in this passage a talent was a form of currency – something valuable. Monetary value based on the type of metal that was used.

The first two servants took what the master gave them, and they got busy and they doubled what was given to them, but the one talent man decided to hide his talent and do nothing.

He didn’t lose the money by doing something sinful, but he didn’t do any good either.

When the master came back, he was very pleased with the first two servants and the good they had accomplished, but notice what our text says about the one talent man:

Matthew 25:24-30 "Then he who had received the one talent came and said, 'Lord, I knew you to be a hard man, reaping where you have not sown, and gathering where you have not scattered seed. 25 'And I was afraid and went and hid your talent in the ground. Look, there you have what is yours.' 26 "But his lord answered and said to him, 'You wicked and lazy servant, you knew that I reap where I have not sown, and gather where I have not scattered seed. 27 'So you ought to have deposited my money with the bankers, and at my coming I would have received back my own with interest. 28 'Therefore take the talent from him, and give it to him who has ten talents. 29 'For to everyone who has, more will be given, and he will have abundance; but from him who does not have, even what he has will be taken away. 30 'And cast the unprofitable servant into the outer darkness. There will be weeping and gnashing of teeth

I believe you are all 5 talent men and women – If you’re listening to this podcast and choosing to sharpen yourselves – that tells me that you look for ways to improve or enrich your lives – that tells me you take initiative in the outcome of your life ... so why do we sometimes live and act like the one talent man?

They are mere spectators, sitting on the sidelines instead of actively participating in the work of the Lord. If good wins, they join in the celebration even though they did nothing to produce the victory.

However, if evil wins, they complain long and loud even though their own apathy produced the undesirable result.

So, we have to be careful that we are not like this one talent man, because if we are not growing and do good works, when Jesus comes again, our excuses are not going to work, and He is going to tell us the same thing the master did to the one talent man, 'You wicked and lazy servant.” If we don’t want this to happen to us then we must strive to be profitable servants always.

It’s TIME we engage the culture.

It’s TIME we become relevant to an unbelieving culture around us.

It’s TIME to stand up

It’s TIME to speak up

It’s TIME to stand on the wall

It’s TIME to use our Talents

It’s TIME to give God a good ROI

It’s TIME to watch for the roaring lions

It’s TIME to protect what God has given us

Now is your MOMENT and your TIME!

Edmund Burke famously said - The only thing necessary for the triumph of evil is for good men to do nothing.

Let me say that a different way so that you understand what I’m saying:

The only thing necessary for the triumph of evil, for Satan's agenda to be released, manifested and executed, is for Christian men and women, pastors, preachers and churches to do nothing... and to say nothing.”

What does it cost?

In the times we are currently living, we all must ask ourselves what the cost is of what we want to do and where we want to go.

It’s called the calculus of risk. It is about doing the math of when it’s worthwhile to go somewhere, to leave your house, to leave your secured space to do something. In those calculations are choices such as: bring weapons for self-defense, or not. We must conduct a risk assessment of the location and venue we want to go to while we factor in the capability and ability we will take with us – some locations, venues and events will require higher capabilities and abilities - you are the only one who can put a number or a weight on them.

However, one of the greatest factors that we sometime fail to accurately measure is ourselves.

– ohhh I know I’m saying something now – that was a big gut punch of reality right there. But – sadly it’s true - No one knows you better than you. It takes brutal honesty to measure ourselves, especially when we are trying to measure how effective we are or aren’t with any particular self-defense strategy or tool. You are the only one who can be certain that you not only have the skills, but that you have the determination, fortitude, grit and determination to employ them effectively, judiciously and accurately when necessary.

I don’t know about you, but for me – I have to look deep to make sure that I am not overestimating myself or possibly underestimating myself – this is where humility must factor in. One of the ways we can do this is through training with good instructors who are able to constructively challenge your assumptions – this helps put up a mirror for you to find out if you can truly be responsive in a crisis, as does spending some time really thinking through what worst-case scenarios look like and confronting all of the fears you might have about what you can and will do.

You can practice to standards and have a pretty good idea of whether you have the raw ability to access and employ your firearm, use a less lethal option like pepper spray or a baton, defend yourself with your fists, drive aggressively to get out of danger, and more. You can test yourself to see if you can do those things under stress. You can get help deciding how effective those skills and tools are for different situations. But in the end, you are the agent in charge of your own protection detail - you’re the one who has to decide if you can actually make them actionable if the time comes. Nobody else can do that for you.

More importantly, nobody knows better than you how important it is for you to go to a place or to do a thing. The value you place on your life, employment, on your leisure activities, on that trip you want to take? That’s all on you. Your job may be in a terrible, unsafe location, but it’s your dream job working for a dream employer. Or maybe you have the opportunity to go on a trip of a lifetime, to see all of the bucket list destinations you’ve always wanted to see, but they’re all in places where you can’t bring anything that might even be close to a weapon – do you still go? You should always strive to measure yourself and your destinations – prioritize yourself and your safety, prioritize the safety and security of those that you are traveling with.

We must be intentional in our everyday safety and security – at least one person depends on it – you.