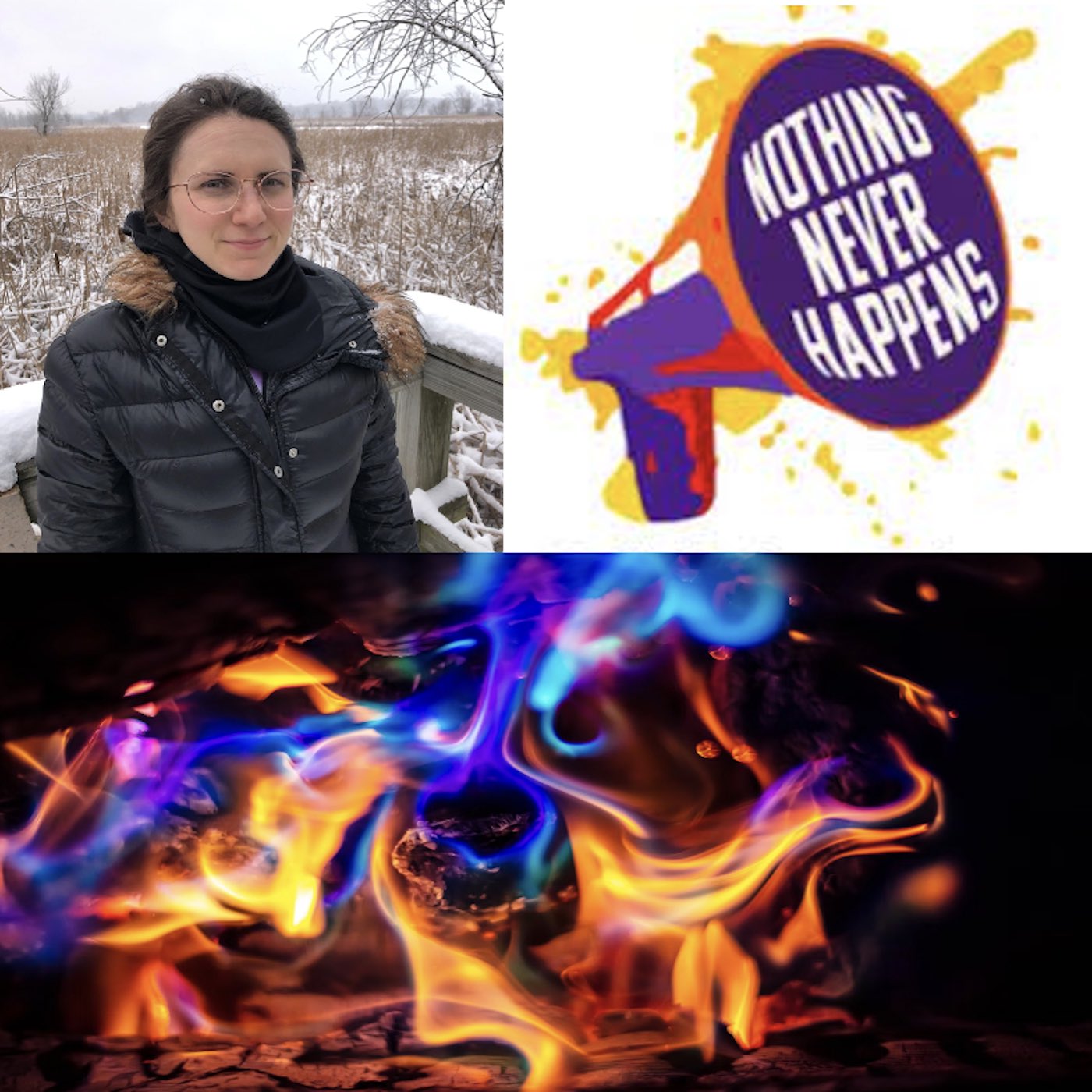 How can we prioritize multiplicity and accessibility when designing learning activities? What does an “inclusive” pedagogy entail? Can design ever be universal? And how can teachers and learners make the most of digital tools while also resisting the creep of academic surveillance technologies into our classrooms, homes, and bodies?

Sarah E. Silverman, feminist instructional designer and disability studies scholar, breaks down these questions and their reverberant implications. Dr. Silverman is a leading voice in the multi-front movement to resist remote proctoring and educational surveillance technologies, as well as to promote authentic assessment and universal design for learning (UDL). A generous critic and prolific writer—especially on her extraordinarily useful blog—Dr. Silverman is currently based at the Hub for Teaching and Learning Resources at the University of Michigan, Dearborn. She holds a PhD in Entomology and Demography from the University of California, Davis.

Our conversation is divided into two parts.

Support us on Patreon!

Welcome to nothing never happens, a radical pedagogy Podcast. I'm Lucia Hall set, they're here with my co host Tina Pippin and today for our December episode, we are thrilled to welcome Sarah E. Silverman to the podcast. As a feminist pedagogical theorist who specializes in Universal Design for Learning, Sarah is a luminary in the multi front struggle to make education more accessible, open and free. She has been active in the movement to resist academic surveillance technologies, and to develop approaches to authentic assessment. And I'll just say if you're part of an institution that uses remote proctoring programs, for testing, we recommend that you run not walk to Sara's writing on these topics, which we will copy in the show notes. Currently, Sarah is based at the hub for teaching and learning resources at the University of Michigan at Dearborn, where she works as an instructional designer and where she also teaches courses in women in gender studies and disability studies. Also, just so everyone appreciates how multitalented Sarah is, we want to note that she is a scientist by training, and has a PhD in entomology and demography from UC Davis. No doubt because of this background. She's also got great ideas about accessible pedagogy and universal design in STEM classrooms in particular, you can find many of her ideas, about pedagogy, about surveillance technologies, about centers for teaching and learning and their histories about harm reduction and syllabus design on her amazing blog. Suffice to say that if you are someone who seeks to cultivate more accessible and open learning environments, or to just learn about what that might mean for you, Sarah can teach you a whole lot. welcome Sarah to nothing never happens.

Sarah Silverman, thanks for being with us on nothing never happens. Could you start by telling us how you got to do the work that you do now?

Yeah, absolutely. And I think, yeah, there's so many threads that we want to like, kind of follow out, I guess, um, maybe one to start. But of course, if you want to pivot and talk with me, I want to talk about something else, that's fine, too. Is this is talking about instructional design and universal design? And maybe this is kind of a complementary question with threats to or like impediments to not being co opted? What are so can you talk to us a little bit more about what Universal Design inclusive learning feminist disability informed pedagogy is for you? And maybe as part of that, we can either ask the follow up question, or maybe it'll just flow naturally. What what you see as sort of the sort of the things that are necessary to kind of work around or through in order to have a kind of authentic version of that, because I think you're you've already here and certainly in a lot of your writing started to point out that often, what goes under the flag of universal design or inclusion is not that

One of the things I think about with your this language of inclusion and inclusion as part of the history of including disabled students in not not segregating disabled students, and also part of the racial, the histories of racism that are tagged segregation that are attached to that, is the the term I often hear about that I think, is used similarly to the way you're naming inclusion being used in this other context is mainstreaming let's mainstream disabled students and I there, I don't know what to make of that. But this use of the word mainstream as a sort of synonym for some kind of inclusion might be, yeah, a deep pool of revealing.

I think inclusion. I mean, it's a very nice, it's a nice term, like I like I like it in the way that it can be used. But I think most of the way it is it is used in that like special education, Disability Education, conversation, it is a euphemism for mainstreaming, right, like mainstreaming is just the term that is too explicit about what we're talking about two years, and that's where inclusion comes from. So, you know, I don't know exactly how that is applied in, in the university context. But I would, I would say that there's, there's like, so much of that, like, inclusive language, that you kind of start wondering, okay, like, has it already been determined, basically, in this higher education context, who is on the margins, right? And we know that we can go too far in segregating those students in certain types of classes, certain types of, you know, what, whatever it may be. So, you know, our response to that is we're gonna become inclusive, we're gonna do inclusive pedagogy, we're gonna have an inclusive campus campus environment. And, you know, I don't have all the answers. I'm not as much of an expert or a theorist as like some of the other guests you've had on this podcast. But I do think that that's, it's an important clue, right? That inclusion used to be, or an alternative definition is something about integration, lack of segregation, and that it feels like that's been lost in a certain way from from the conversation like in in higher ed and the way that it's used, so I don't know, it's something I'm thinking with and through. I haven't fully worked it out yet.

Yeah, this is all really helpful, you know, not only centers for teaching and learning, but offices of diversity, equity and inclusion are all in collusion to muddle these terms, right? I want to switch

into collusion. Honey, continue to Sorry, I interrupted.

Yes. Well, I want to switch gears a little and ask you about effective classroom practices, including, you know, emergent models that you're seeing, you know, what kind of ideals are there. And also, one of the rabbit holes I went down review in your material was on, you know, creating the non abusive syllabus and thinking how over how many years have I written abusive syllabi? And how do I not do that? So could you take us through some concrete classroom practices?

You've been listening to part one of nothing never happens, the radical pedagogy podcast, and our interview with Sarah Silverman. Stay tuned for part two, where we talk with Sarah, about surveillance culture in higher education and ways to resist it.