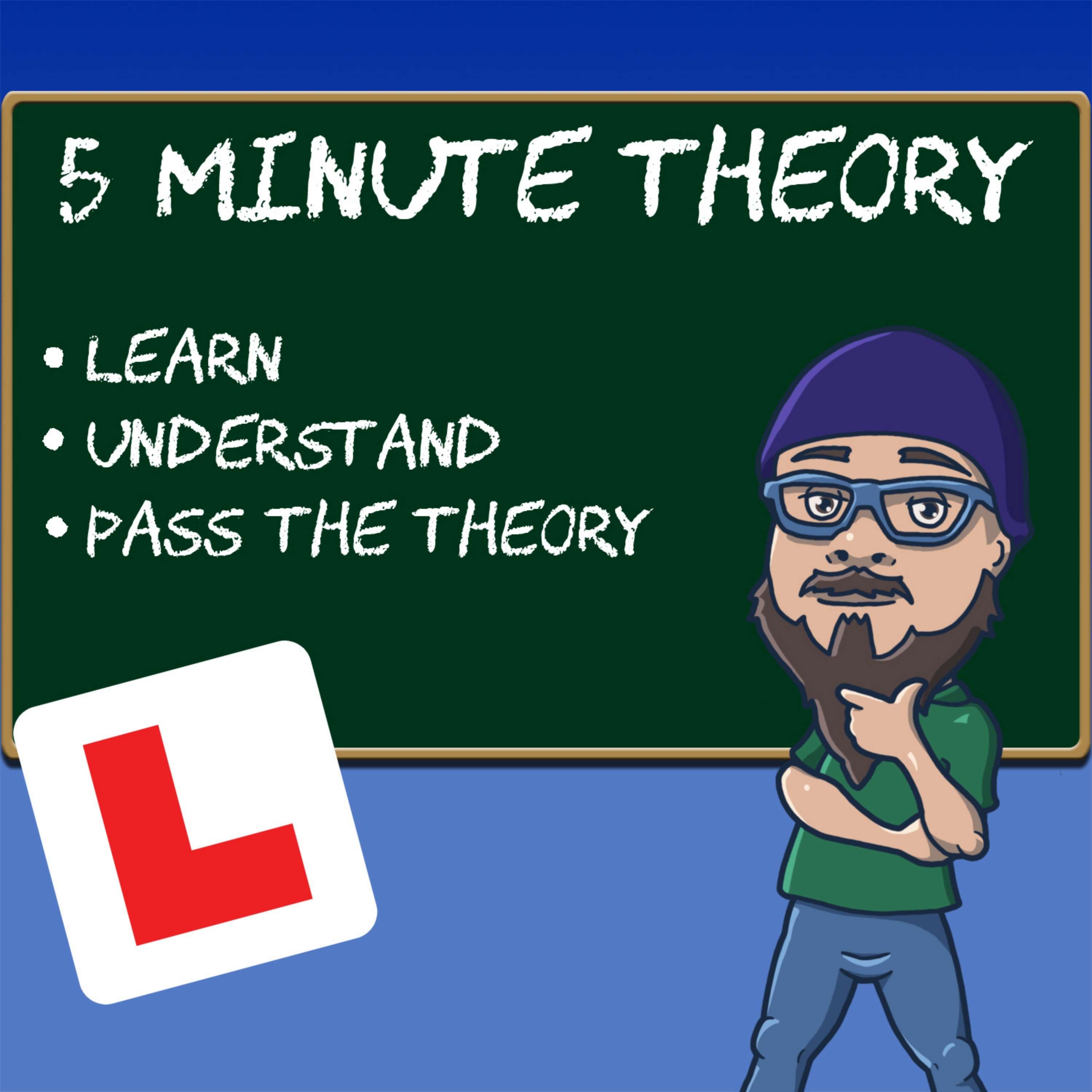 I'm back with more hints, tips and answered questions as we dive into season four of The 5 Minute Theory Podcast. In this episode I talk about the one thing that no one likes to admit about the theory test. I also discuss what's coming up in season four, including:

Each week I suggest a 'resource of the week' and this time it's Theory Test Explained. As a listener to the 5 Minute Theory Podcast, you get a £10 discount and a free mock test review if you quote: 'It's Terry Time!' when you inquire.

By having a good knowledge and understanding of the theory you'll be able to confidently take your theory and practical driving tests, and you'll reduce the chances of you making mistake in future that could cost you your licence.

For more information, head over to http://www.tcdrive.co.uk/

Need help with the theory test?

Sign up to the 5 Minute Theory training course here: https://tcdrive-learning.teachable.com/ where you'll get access to over 40 training videos to help you learn, understand and pass your theory test!

If you'd like to get in touch, or want to follow the show, you can catch me on:

Welcome to season four of the Five Minute Theory Podcast. As always, I'm your host, Terry Cook of TC Drive, and I'm delighted to be here today. I'm going to tell you about the one thing that no one likes to admit about the theory test. But before we do, allow me to tell you about what's coming up on season four.

We've got all the usual awesome content, including answering specific theory test questions, which you can send in, by heading over to TCDrive.co.uk to find all the social media and email links over there and sending in those questions that you need to answer. But we're also going to be covering some more general topics and will be joined by some driving instructors who will be giving you some top tips on passing that theory test.

We've also got some very special extended episodes planned, going into certain topics in more detail and we've got a few very exciting announcements coming up over the next few weeks. But you're going to have to hang fire for that, because for now, we're going to dive into the main topic of the show. The one thing that no one likes to admit, that's that the theory test is boring.

It's true, a lot of the theory test isn't very interesting at all, but that doesn't mean that it's not worth doing. A lot of people only learn the theory because they have to learn the theory to be able to book a driving test. But it helps so much more than that.

Learning and understanding the theory will help you learn to drive. It will help you pass your theory test. It will help you pass your driving test. It will help keep you driving safe and legally on the roads once you've actually passed that driving test. As an example of this, I once asked an experienced driver what a blue 30 sign meant. Imagine a blue circle sign with the numbers of 30 inside it. I asked them what it meant, and they assumed it meant a maximum speed of 30. It doesn't. It means that the minimum speed is 30 miles an hour. So, I asked them what they would do if they saw that blue 30 sign and there was a police car behind them and they said they probably do about 27 miles an hour. That would obviously run the risk of getting pulled by the police. And that came about because they didn't know what that sign meant. They were not up to date with the theory. They hadn't taken time to learn it.

So, learning and understanding the theory is obviously really helpful to people to learn and drive and staying safe. So, if you're only interested in passing and don't care about learning, this probably isn't a podcast for you.

I really recommend to everyone that you take time to learn that theory. There's a whole host of resources out there that you can use. You're listening to one now. You're in the right place. There's a whole back catalogue we've got that you can go and check out and there's a lot more episodes to come, to help you even more.

One of the things I'm going to be doing every episode this season is giving you an additional resource. I'm going to be suggesting to you an additional resource and today is Theory Test Explained. Now theory test explained is one to one theory training provided by the theory test specialist Chris Bensted. So, if you've been struggling or you really want to develop, go check out the show notes and you'll find a link there that you can click on to go straight through to Theory Test Explained or go on to Facebook and just type it in the search bar. Theory Test Explained. It will come up. Now, Chris Benstead has been kind enough to offer an exclusive discount for listeners of the show. You'll get a £10 discount if when you speak to him, you quote the phrase, ‘It’s Terry Time!’. So, when you speak to him, mention that it's Terry Time and you'll get a £10 discount on Theory Test Explain one to one training and you will also get a free review mock test. So go and check it out using the show notes or search for online.

But as I was saying before, the Theory Test really helps you learn to drive. If you know the difference between a solid white line and a broken white line, if you know what a stop sign means or what the stop sign looks like, if you know the difference between stop and give way, if you know the sequence of traffic lights, what a flashing amber light means. Not only are you more likely to pass that theory test first time and save a whole heap of money, you're also more likely to pass your driving test first time and drive a hell of a lot safer. So, as always going forward, I'm going to be giving you loads of hints and tips to help you learn, understand, and pass the Theory Test.