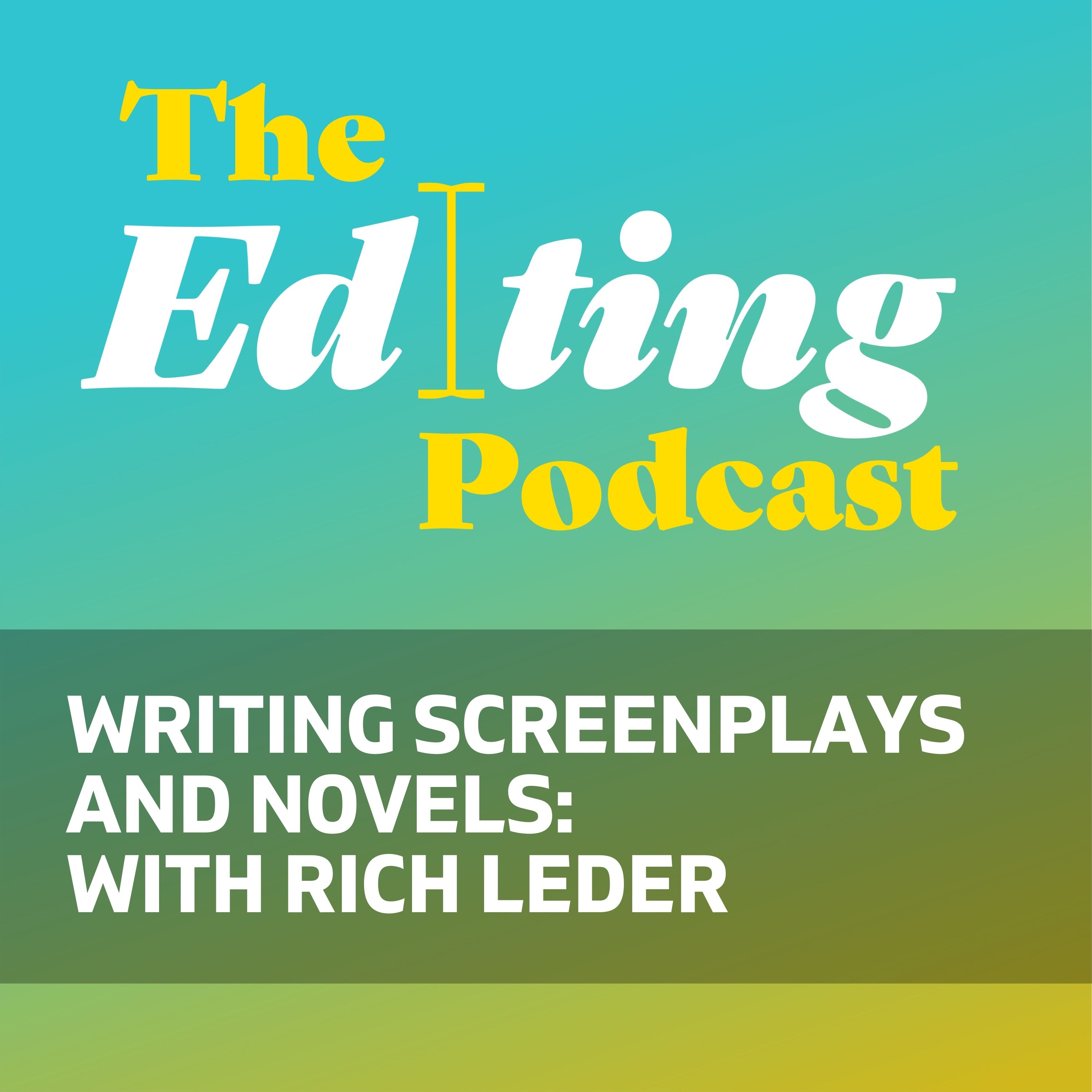 Louise Harnby and Denise Cowle talk to Rich Leder about writing screenplays and novels. Rich has worked with some of the biggest names in the movie industry. He shares what he's learned about Hollywood, TV and novel craft.

Listen To Find Out More About

He’s been the lead singer in a Detroit rock band, a restaurateur, a Little League coach, an indie film director, a literacy tutor, a magazine editor, a screenwriting coach, a wedding guru, a PTA board member, a commercial real estate agent, and a visiting artist for the UNCW Film Studies Department, among other things, all of which, it turns out, was grist for the mill.

He resides on the North Carolina coast with his awesome wife, Lulu, and is sustained by the visits home of their three fabulous children.

Carrie Cromer pushes the boundaries of science, not her social life. The brilliant behavioral gerontologist’s idea of a good time is hanging out with her beloved lab rats and taking care of her elderly mother and the other eccentric old folks at the nursing home. So no one is more surprised than Carrie when she steals the lab’s top-secret, experimental medicine for aging in reverse.

Two-time ex-con Johnny Fairfax dreams of culinary greatness. But when his corrupt parole officer tries to drag him from the nursing home kitchen, the suddenly young-again residents spring to his defense and murder the guy—and then request Johnny cook them an evidence-devouring dinner to satisfy their insatiable side-effect appetite.

As their unexpected mutual attraction gets hot, Carrie and Johnny find themselves caught up with the authorities who arrive to investigate the killing. But even more dangerous than the man-eating not-so-senior citizens could be the arrival of death-dealing pharmaceutical hitmen.

Can Carrie and Johnny find true love in all this bloody madness?