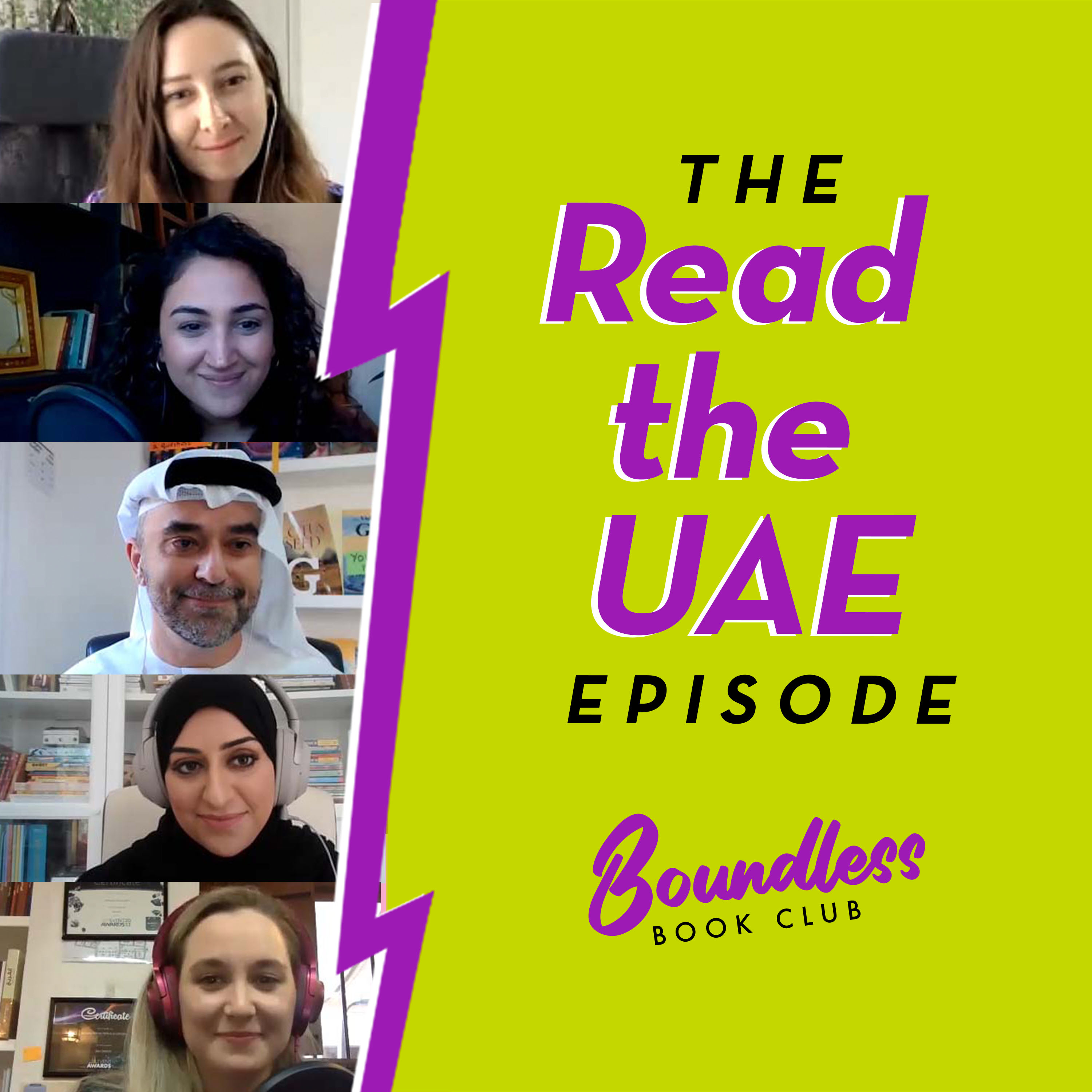 'My country is younger than my father' - Eman Al Yousuf

In this UAE National Day special, Ahlam, Andrea and Annabelle are joined by Eman Al Yousuf, author and Arabic Literature Events Executive at the Emirates Literature Foundation, and diplomat HE Omar Saif Ghobash, author of Letters to a Young Muslim. We talk about the UAE's literary scene - where it's at right now, where it's going, the genres that are most popular and why, how the concept of constructive criticism is evolving in the region, and Omar's foray into writing fiction about a subject close to his heart.

Books by Emirati writers in translation mentioned in this episode:

One of the biggest Emirati literary names, Dr Mana Saeed Al Otaiba is the author of over a hundred books published in Arabic, and no stranger to Ahlam and Eman, who remember studying and memorizing his poetry at school. His novel Karima was published in Arabic in 1990 but was published this year in English. If you're looking for a great story about love and revenge set betwen the UAE and Morocco, this is definitely one to add to your TBR pile.

The Statue of Dalma by Reem Al Kamali

One of the most important Emirati historical fiction novelists, Reem Al Kamali's The Statue of Dalma is thankfully available to enjoy in English. The story of a handsome young man called Nurta, on the island of Dalma off the coast of Abu Dhabi who sets about carving a giant statue of a goddess during the fall of the Sumerian civilization, the rise of the Akkadian Empire and subsequent attacks, and the impact of this turmoil on the man's labour of art and love.

The Sand Fish by Maha Gargash

Be transported to the UAE of the 1950s, through this story of an independent Emirati Woman, Noora, who escapes a forced arranged marriage in the wake of her mother's death.

Zelzelah: A Woman Before Her Time by Mariam Behnam

If you prefer memoir to fiction as a way to immerse yourself in this young nation, Ahlam recommends this story of Mariam Behnam (AKA Zelzelah which means 'earthquake' in Farsi and Urdu) and her unconventional life in Iran and the UAE. The first woman in her conservative and traditional family to get a university degree, she went on to become a diplomat in Pakistan and Iran and get caught up in the revolution of 1979, and to then seek refuge in Dubai.

Letters to a Young Muslim by Omar Saif Ghobash

Told in a series of personal letters to his son, UAE diplomat Omar Saif Ghobash tackles how to balance being true to one's faith as a Muslim while navigating the complexities of modern life.

Andrea Gissdal is the Head of Communications and Marketing for the Emirates Literature Foundation. From a voracious and indiscriminate reader as a child, to a part time bookseller as a student, as an adult she has become a literary omnivore but with a preference for fiction. She also dabbles in creative writing, and once scored 82 points in one move in Scrabble. Best day ever.