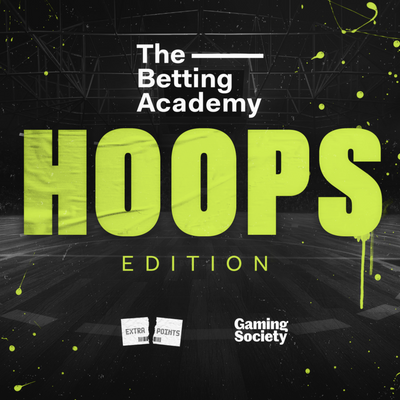 The Betting Academy is back and Perk is officially on Cameo as fans are already asking him to roast people! Gina and Perk break down their “First 48” including a Cavaliers (+6.5)/Nets rematch, Clippers (-13)/Thunder and Perk’s windmill dunk the Bulls (+3)/Hornets, plus why the Celtics/Sixers is must-see tv.

Gina and Perk on how Tom Thibodeau has turned around the Knicks, Julius Randle is in the mix for Most Improved Player of the Year, Obi Toppin for Rookie of the Year and the Knicks to make the playoffs. They recap Bucks/Lakers and the continued underappreciation of Lebron James especially on the defensive end.

Gina wonders who will check Kyrie Irving, will it be Steve Nash? Was Shaq trippin’ to challenge Donovan Mitchell in a post-game interview? Perk takes Michigan to bounce back against Purdue. Finally, Perk and Gina make their picks for the AFC/NFC Championship games.

The Betting Academy: Hoops Edition is a collaboration between The Gaming Society and the Extra Points Podcast Network.