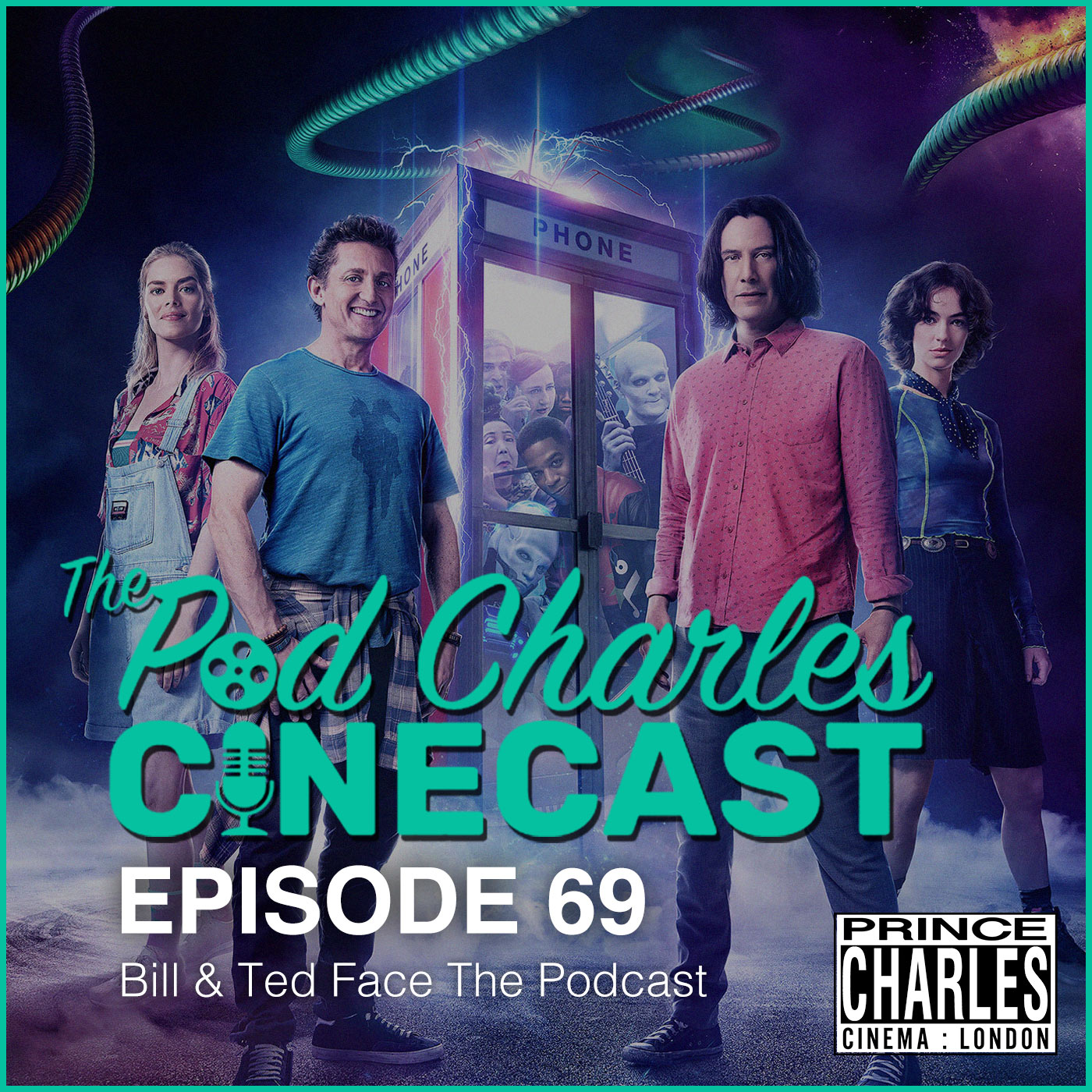 This week on The Pod Charles Cinecast, presented by the Prince Charles Cinema, hosts Jonathan Foster & Fil Freitas time travel to San Dimas, in order to catch up with our old pals Bill & Ted and see how they are coming along with that song that is meant to unite all of humanity!

Alex Winter and Keanu Reeves are back on the big screen in 2020's BILL & TED FACE THE MUSIC! Of course we are talking (relatively spoiler-free) about it this most bodacious news (along with a look back at the duo's Excellent Adventure & Bogus Journey) this week on the podcast! So grab your air guitar, pop on your Wyld Stallyns tee, and meet us in the phone box for... Episode 69 Dude!