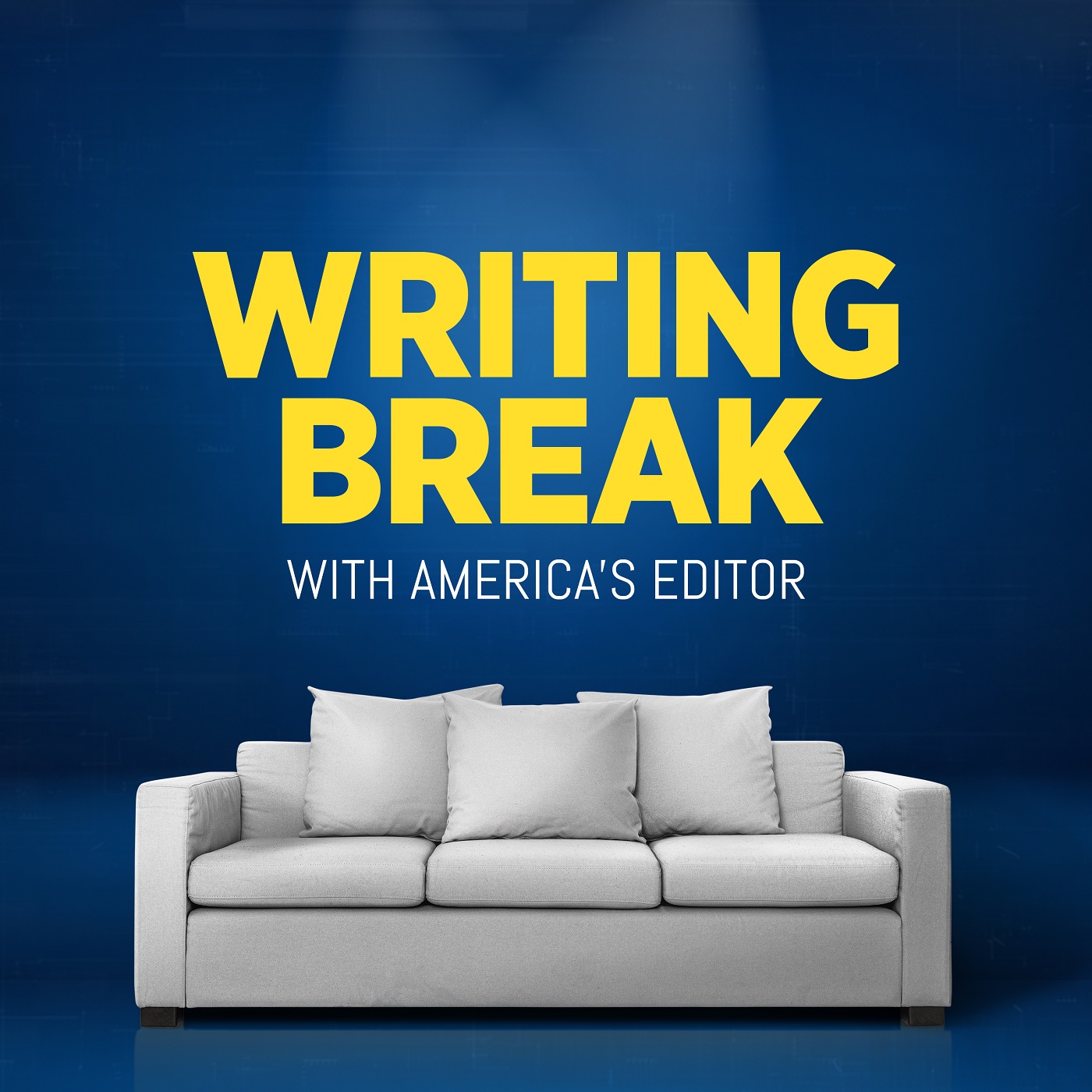 Today we’re discussing AI-narrated audiobooks and book awards. We also discuss how getting to the heart of your story will help you identify your writing goals.

"Robot in the City of the Future" by Valentina Gribanova

"You Are Free Now" by Valentina Gribanova

I am so glad you could join me once again. Today we’re discussing AI-narrated audiobooks, book awards, and your writing goals.

The Writing Break cafe is open, so let’s grab a table and catch up on some publishing news.

Both Apple and Google Play Books have joined the AI-narrated book movement.

Authors can submit a request to Apple to have their book read by AI. If the request is approved, it takes a couple of months for Apple to prepare the audiobook. The books Apple is accepting right now are English-language literary, historical, and women’s fiction. They plan to move on to nonfiction books after that.

These audiobooks will be distributed through either Draft2Digital or Ingram. Publishers and authors retain audio rights and would be allowed to produce and distribute additional audio versions. So, you’ve got nothing to lose.

Breaking down the digital checkouts by category, ebooks went up 4%, audiobooks went up 17%, comics and graphic novels went up 18%, and magazines went up 38%.

Now, let’s sit on the Overthinking Couch to imagine a world in which book award ceremonies were mainstream and televised.

Wouldn’t it be nice if book awards were as mainstream as the Oscars? You know how some people throw Oscar parties to watch the Oscars? I’d love to be invited to a party like that but for books. We could guess the winner and then cheer or groan when the winners are announced. But then, knowing the bookish crowd, there would be the inevitable verbal altercation about plot holes and one-dimensional characters. That would lead to physical altercations. And then, let’s be honest, we book lovers have a tendency to riot, so there would be property damage to contend with and maybe some looting. Even as we were being led away in handcuffs we’d be hurling insults like “derivative” and “elitist”, so I guess it’s best we don’t gather for these events.

We are at Fireside Books in Palmer, Alaska. It’s about 36 degrees Fahrenheit, 2 degrees Celsius here this week. Why in the world would I bring you to Alaska in January? Because this bookstore is a wonderful place to be year round. In addition to the book-loving, people-loving staff, this well-stocked bookstore does one thing that shoots them to the top of my list of favorite bookstores. They give free copies of banned books to local students, all the students have to do is ask. The books in the giveaway are: Catch-22 by Joseph Heller, The Great Gatsby by F. Scott Fitzgerald, Invisible Man by Ralph Ellison, The Things They Carried by Tim O'Brien; and I Know Why the Caged Bird Sings by Maya Angelou

If you’d like to visit Fireside Books online, their website is goodbooksbadcoffee.com, which is just about the best url for an independent bookstore I’ve ever come across.

Now that we’re here, let’s check out an independent author.

Today we’re looking at Mint by Teresa A. Swift.

Swift has been independently publishing her books since 2008, and her most recent novel, Mint, has won several awards, including the 2022 Independent Author Network Book of the Year Award.

I’ve worked with many authors whose resolution for the new year was to publish a book; sometimes it was their first book, but not always. Regardless of whether or not you set goals for the new year, I do think it’s important to have some idea about your writing goals. I’m not talking about a deadline for publication. Rather, I’m talking about a goal for what you want your book to accomplish. Maybe you want to provide escapism, hope, or information. Maybe you want to talk about love, courage, and deception.

It’s important to understand what you want to accomplish with your writing. Sure, it’s a murder mystery. But what’s at the heart of it? The fickle bonds of kinship? Unconquerable greed or jealousy? The virtue of stubbornness? In a character-driven story, the character might lead you to the heart of it. For example, if your protagonist is a senior citizen, perhaps the message at the heart of the story is that it’s hard to defeat a person with life experience and a strong will.

Once you feel the heartbeat of your story, your writing goal is defined. It doesn’t have to be spoonfed to your readers or even stated in the text at all. You can just think about it when you’re working on the book. By keeping your writing goal in mind, the revisions get easier. Notice that I said revisions. You don’t have to start over just because you didn’t have a clear pulse on the book’s message. Just go over it again.

Until next week, thanks for listening, and remember, you deserved this break.