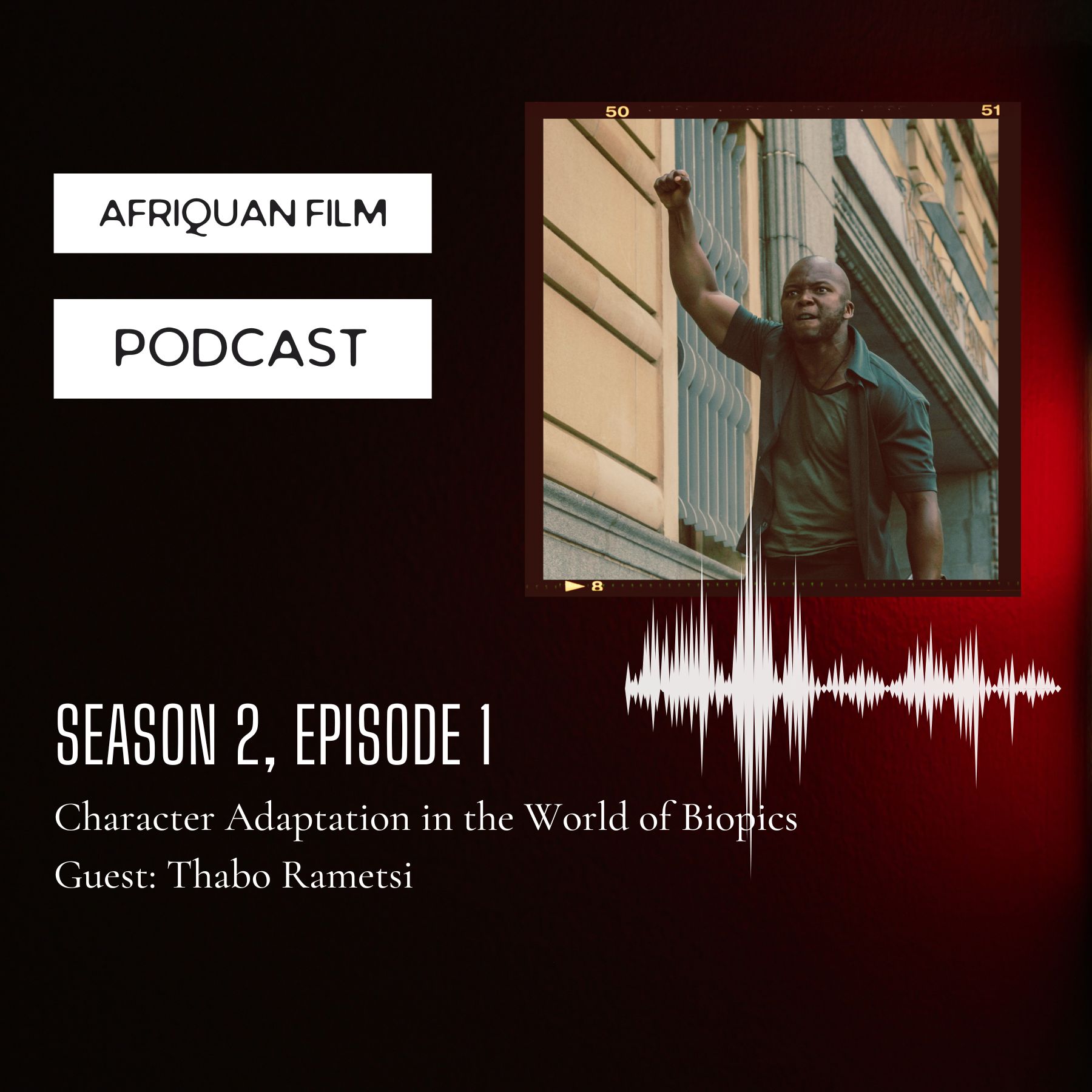 Afriquan Film a podcast series in which we shall explore our continent’s cinematic landscape through film recommendations, as well as conversations with pertinent practitioners working within this creative industry.

Our Season 2 Opener finds us diving into the world of biopics through the eyes of one our acclaimed thespians and filmmakers, Thabo Rametsi. Thabo Rametsi brings us into the research and preparation that goes into adapting characters and stories that are drenched in real-life stories, some of the hurdles that can come with it as well as his general experiences working in films like Kalushi & Silverton Siege.